The Mansion at 28 Grande Rue 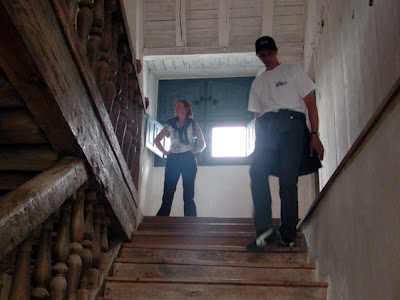 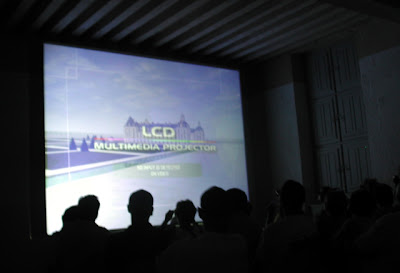 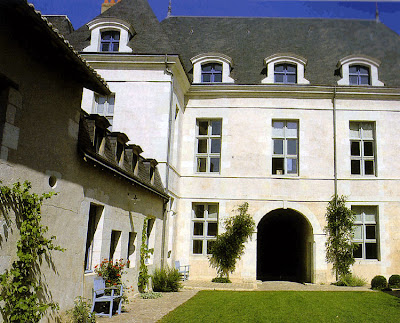 The plot for the mansion at number 28 was given by the Cardinal to Jean Fayet, King's counsel, Treasurer of France and General of Finances in the Generality of the Auvergne, and to Jean Galland and Jean Lepec, Councillors and Secretaries of the King, who constructed the mansion in 1636.

This building was recently completely restored by the family of the popular French television actor, Gérard Klein. At the same time, the town came to the view that they themselves should restore a typical Grande Rue mansion (or hôtel particulier) so that visitors coulld experience an original mansion in period state. After flirting with the purchase and restoration of number 14 further south on the Grande Rue, the town decided that a quicker and safer path would be to purchase Mr Klein's house, which had come on the market, and use this immaculate example to achieve their objective.
It is a wonderful building and gives an accurate impression of the manner of house that the Cardinal proposed should be owned by a typical member of his court - people often referred to as the Cardinal's 'creatures'.
The town uses the 28 Grande Rue building for receptions of all sorts, and furthermore has set up the ground floor as an audio-visual suite where the VIRTUAL CAD model of the demolished grand Château of Richelieu is displayed. One sits in the shadows, wearing special 3-D glasses, and one is presented with a movie of the castle and its landscape park constructed from the extrensive architectural data of seventeenth-century Parisian engravers. This data, in particular from Perelle and from the book of architectural engravings called the 'Petit Marot' that includes comprehensive drawings of the original structure and its landscape surroundings, has permitted a especially comprehensive realisation.
The computer CAD model is being extended all the time; in 2007 the château and park are more or less complete; now the effort is being applied to the Cardinal's art and statuary collection that was installed by the Cardinal in his galleries. One can climb the grand staircases and walk aroud the interior in a VIRTUAL world, even in stereo sight and sound, while contemplating the Cardinal's interest and fascination in the Roman-inspired art of his time, Nicholas Poussin, Michelangelo and so on. Many of these art masterpieces have finally turned up in the Louvre in Paris, notably the 'Dying Slaves' of Maestro Buonarotti.