Jean-Louis' photos of Richelieu in the snow. 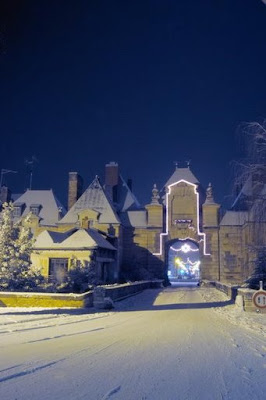 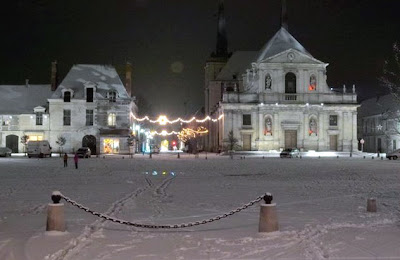 * La CITÉ IDÉALE fully whitened in early January 2009 *
The author of the french-language blog for the people of the Richelieu canton, Jean-Louis Laurence, has put up a splendid set of pictures of Richelieu in the recent snows.
CLICK HERE
to a direct link to his public Google PICASA album of photos. Try clicking on the 'diaporama'- slideshow - button.
All credit to Jean-Louis Laurence, the Eugène Atget of Richelieu - do we have any competitors?
Here's another Atget site this time recreating the views he took.
Posted by Abbé Henri Proust at Friday, January 09, 2009 No comments: Bust portrait of the Cardinal de Richelieu (1585-1642), encircled by a sun of which the rays form a double acrostic of his name on the frame of the compass of which it forms the centre (ARMAND IEAN DV PLESSIS), celebrating his virtues in Latin, the principles of his actions, and the principal points of his politics and theology.
The attributes placed at the corners (books, herald’s wands and anchors) recall his role at the head of the Navy, his eloquence, his support of the arts and his actions in support of the Church. Below the engraving, two poems in French, signed ‘Of your Eminence – The very illustrious and very faithful servant, IAC (QUES) LABBE’, completing this apologia.
The first compares him to the god Mars having made the name of France fearsome in every place [and] his King victorious everywhere, and the other to Hercules, the support and wise counselor of the King. Below the composition, a sentence proclaims: SEMER ERIT FAUSTUM MAGNI NOMINIS OMNE (he will always be the happy omen of so great a name). The engraving was published between 1638, the date at which Melchior II Tavernier (1585-1665) installed himself in la Sphère Royale, and the 7 may 1639 when, with other copper, he sold the plate to François Langlois (1588-1647). First issue singly, it was then printed as a tableau by Tavernier himself, and accompanied by verses.
The idea of the radiant sun having at its centre the portrait of the Cardinal seems to have come from Bosse in 1635, with the plate executed for the Eclaircissemens chronologiques et necessaires of Jacques d’Auzoles Lapeyre, where he inscribed the names of forty Academicians on the sun’s rays, each accompanied by a star, showing thus that SON EMINENCE DUCALE was their best supporter, the person who lit them up, just as he illuminated the Kingdom, that is evoked by a Fleur de Lys surmounted by a royal crown above the title A L’EMINENTE. This scheme is taken up and expanded to add the entire activities of the cardinal. The first engraving was only a summary sketch where Richelieu was hardly recognizable; this one is counts among the most successful portraits of Abraham Bosse, who is generally negligent in this area.
In the bottom margin, on the left hand side: By Melchior Tauvernier, engraver and printer of the King, staying on the Island of the Palace on the quay of the Sphère Royale.
Posted by Abbé Henri Proust at Tuesday, January 06, 2009 1 comment: 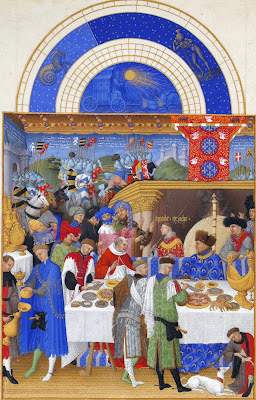 March
The castle in the background is the Château de Lusignan. 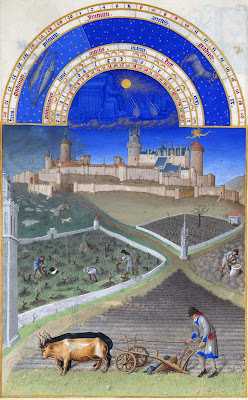