We remember the héroes and héroines of France during this shocking week-end in Paris.

… The chesnut trees in that country all are withered
And meteors fright the fixed stars of heaven;
The pale faced moon looks bloody on the earth
And lean looked prophets whisper fearful change;
Peaceful men look sad and ruffians dance and leap,
The one in fear to lose what they enjoy,
The other to enjoy by rage and war…

Posted by Abbé Henri Proust at Monday, November 16, 2015 No comments:

Three pictures of Villandry gardens from above 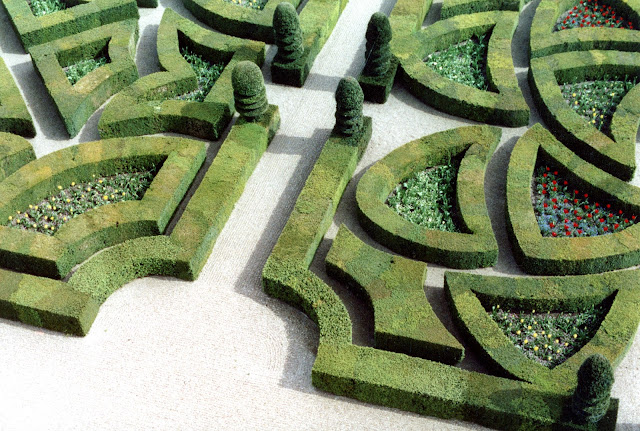 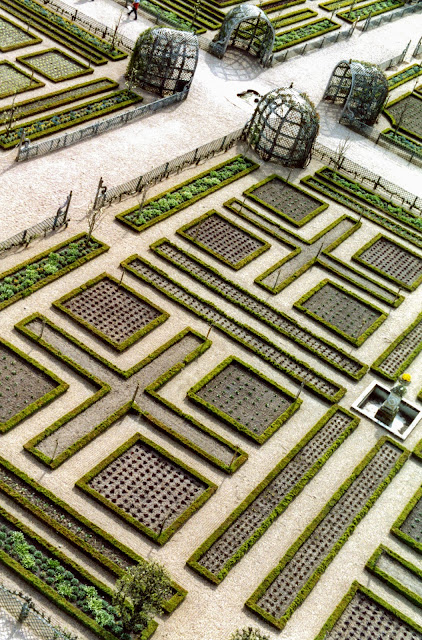 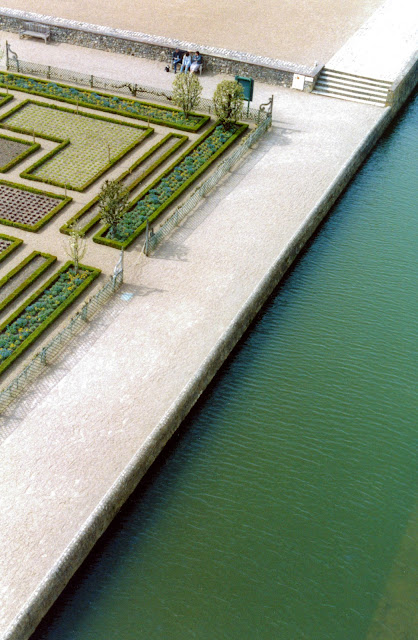 Posted by Abbé Henri Proust at Friday, November 13, 2015 No comments:

On rue des Gaultiers, on the western edge of the ville idéale, up against the little river Mable where it forms at the eastern part of the moat, two almost new houses are being re-built.

The first replaces old utility buildings that have collapsed, but interestingly, Bâtiments de France have permitted timber-frame structures to replace the original ones constructed of tuffeau rubble masonry.  They have insisted, we understand, that the form of the prior buildings be replicated and that a still standing party wall be re-assimilated into the structure.

The ground slab and the softwood timber wall frames have been built so far, but the project includes a few internal oak structural members that will no doubt still be visible in the interior when all the surfaces are completed.

The house has an attractive back garden overlooking the Moat/Mable river. Hopefully the little river will not overflow its banks, as happened in 2013 (and 1956) and flood the new house. 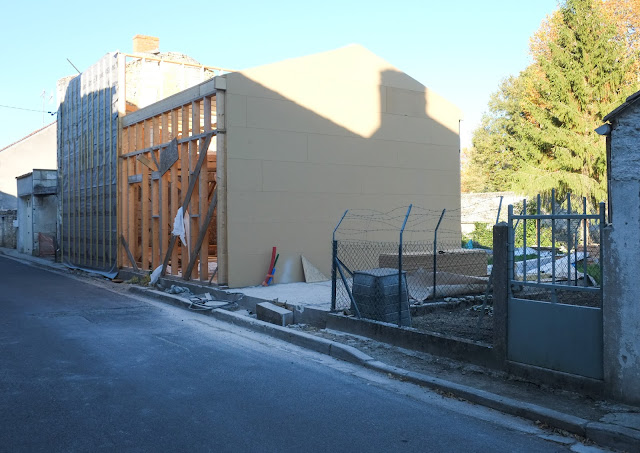 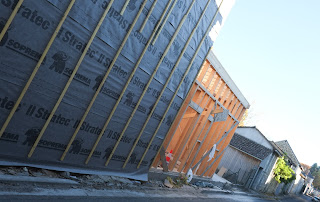 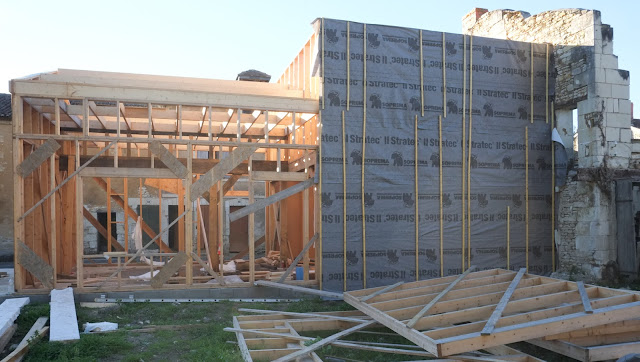 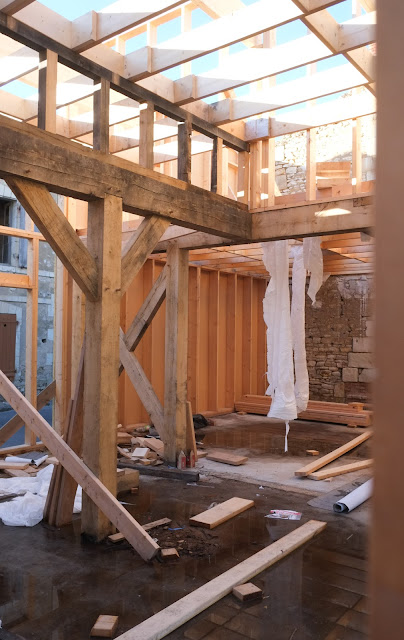 Progress on the reconstruction of the old industrial works at the western foot of place Louis XIII (formerly the veal and stock market-place), continues apace.  The frontal wall and roof has been restored and re-windowed, while the rear elevation to the moat/Mable has been reconstructed.  The old iron and steel structures within are now rationalised to suit the new 'adaptive re-use', retaining some of the 19th century 'industrial archaeology'.
It will be quite spectacular and will really lift the perception of the square, replacing the former gloomy dereliction.  Apparently the ground floor hall will be used as a gallery for art projects.

The small remnant of the 17th century that flanks the fausse porte to the immediate south, has been correctly restored to its original state; even the rendering has been hand done, in contrast the the mechanical finish on the adjacent re-born 19th century structure.

Hard to see, but the back garden is being fully restored - more Venice than Richelieu.  Perhaps a gondola…? 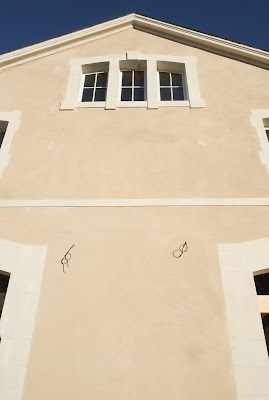 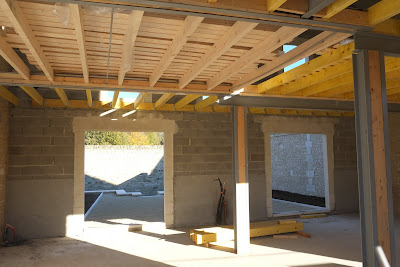 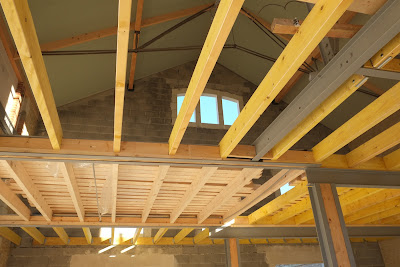 Posted by Abbé Henri Proust at Friday, November 06, 2015 No comments: 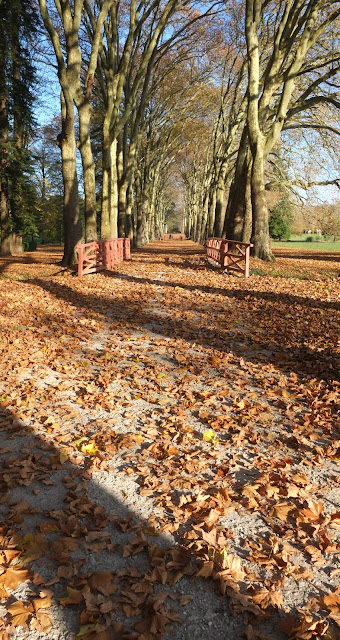 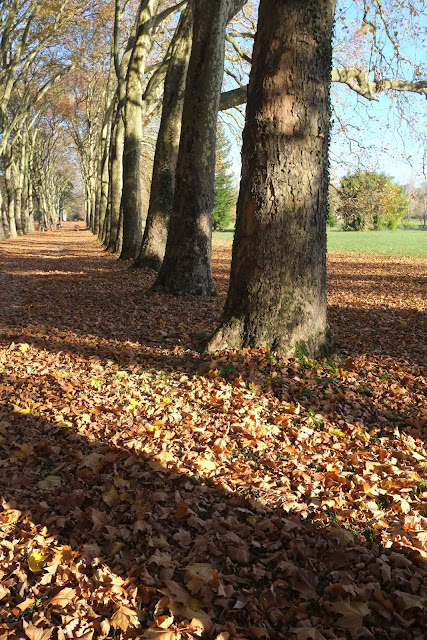 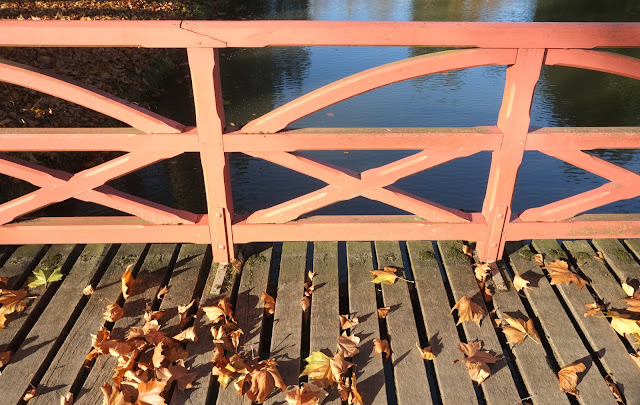 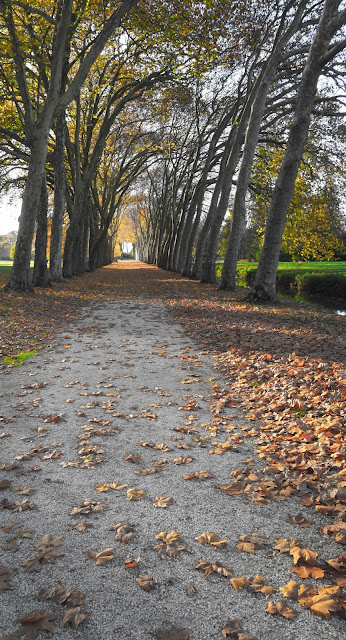 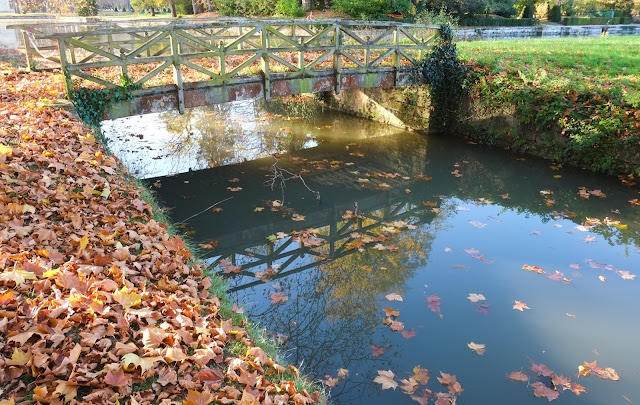 Posted by Abbé Henri Proust at Wednesday, November 04, 2015 No comments: