The curious similarity of Richelieu to the New Town of Edinburgh 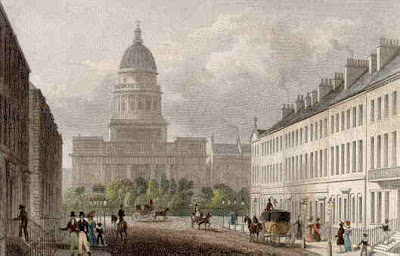 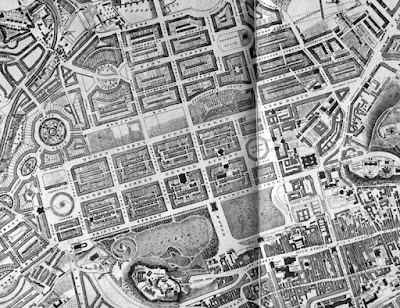 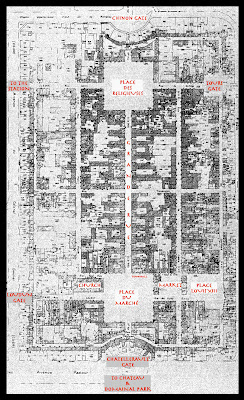 In 1766 William Craig was asked by the municipality of Edinburgh to prepare a plan for what was to become known at 'The New Town'. This large expansion of the Scottish capital city on a new open site across the north Loch was completed and expanded repeatedly. It is the largest Georgian comprehensive development in Great Britain.
There seem to be many detailed similarities with the VILLE IDÉALE of Richelieu, laid out 130 years earlier.
Each street element of the design has its equivalent:

Was the dead Cardinal's little Ideal Town the template for the 'The Athens of the North' as it entered its famous age of Enlightenment - Adam Smith, David Hume et al? Did it take the hundred years for the engravings of the town of Richelieu to be aside the drawing-board of a 22 year-old Scottish architect? Richelieu was comprehensively published in a famous architectural compendium 'Le Petit Marot' published in Paris in about 1650. Was there a reference here, past the new Hanoverians, back to the Franco-Scottish Grand Alliance of the Catholic-leaning Stuart Kings, who had been for so long 'guests' of Louis XIV, even owning Aubigny sur Nère castle in Berry.
Posted by Abbé Henri Proust at Monday, June 11, 2007