Brasserie 'Le Richelieu' and the PMU

This brasserie is at present the main bar and café that looks onto the Market Square. It occupies one of the four nineteenth century pavilions that form the corners of the earlier 17th century market hall. Such pavilions were part of the original design but they were replaced and enlarged in the first decades of the 1800s. The bar  looks to the west and so gets the afternoon sun and attracts a lounging clientele on its external tables.  Inside the bar has a terminal of the PMU betting system and is (I think?) the only bookie in the town intra-muros.

The new proprietors, who took charge quite recently, have referbished the interior and are putting a bit of beef into getting the establishment established, while other immediately local commercial competition such as it is seems to be in a low state.

A facebok page tells of the events organised here, which include bar-room karaoke every so often.

The parc of the cardinal duc de Richelieu was reborn in the nineteenth century when the Heine family reassembled the by-then fragmented post-revolutionary portions of the ancient parc 'probably' to the designs of the well-known Parisian landscape architects, the Buhler Brothers. This firm had assumed a role of national importance as, with the invention of the railway system, they could now ply their aristocratic trade over the whole of geographic France. The parc and estate were reconstituted as part of the dowry gift to the then duke of Richelieu, who had taken the hand of the beautiful and rich banker's daughter, Alice Heine.

(Another landed estate re-designed by the Buhlers is located at Azay le Ferron, not too far away from Richelieu.)

In the location of the historic castle's basse cour and avant cour - the outer and inner arrival courtyards - they built a large but shallow carp pond to act as a reflecting pool on the layout's main axis.

It is surrounded by the large allées of plane trees, now grown to full height.  These huge trees dump their autumn leaves into the pond each year, and every decade or so the parc's stewards have to clear all the rotting sludge out. Quite a task! The pond is finally restocked with fish.

Below a few pictures of the task half completed, with pressure hoses cleaning up the central fountain. 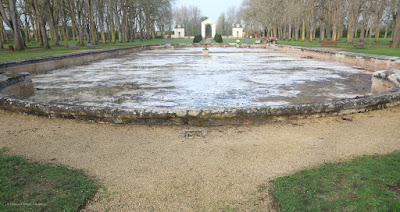 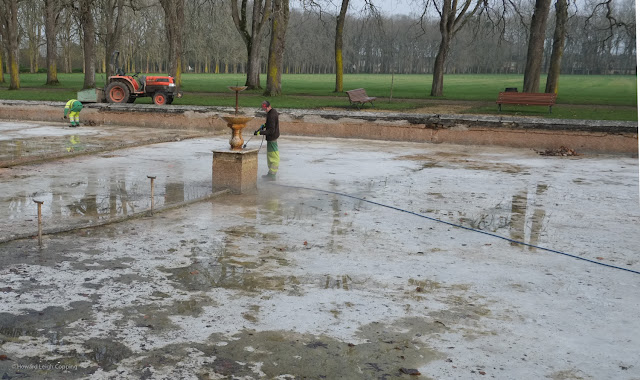 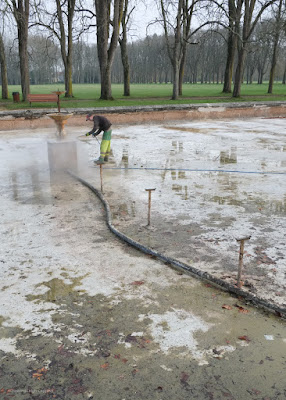 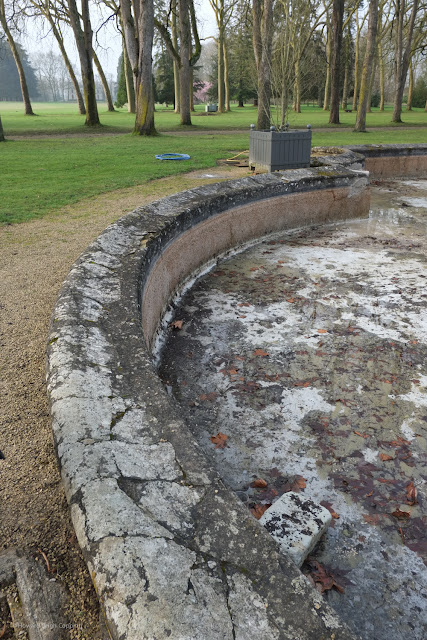 Where can we find authenication of the designers of the Parc de Richelieu?
SUGGESTIONS PLEASE!
Wikipedia on the Freres Buhler

"Eugène (1822-1907) and Denis Bühler (1811-1890), were born in Clamart into a Protestant family. At their father’s death, Denis was obliged to take over the family business and became a nursery gardener. Eugène studies garden landscapes at the Versailles horticultural school until they both settle in Paris in order to design parks and gardens.

1842 Their first project at Kernevez in Britany, was followed by many others in the area such as the parks of the châteaux of Combourg, Bonnefontaine, Briantais, then Oberthür, Bois-Cornillé… They restructure the Gardens of la Tête d’Or in Lyon in 1857, of the Domaine de la Grenade à Saint Selve in 1859, of the Château of Courson, Essonne in1860, of Thabor in Rennes in 1868 and the gardens of Prébendes d’Oé in Tours in 1872, followed by the college St François de Sales in Evreux in 1883.

During the end of the XIXth century, the Bühlers start their projects in the south of France and specifically in the Hérault region in Languedoc.

They design the parks of : the du Domaine of Verchant, the Château of Raissac, Libouriac and the ''Plateau des Poètes'' in Béziers around 1880. The gardens of the Château de Brochon, Côte d’Or, in 1885, is followed by la Sallière in 1886 and the ''Parc Bordelais'' in Bordeaux… The Bühler brothers make a particular statement by planting rare and exotic species in their landscaped gardens.

Their conception of a garden:
The alleys or paths of their gardens were designed in harmonious curves and lines, essential to its general beauty. They studied the natural irregularities of the ground which remained the frame of their garden landscape. Trees, flowers, bushes then become the important elements of their style. Rare species are planted on the lawns to be seen by all. Trees are planted according to their shapes and colours to maximise perspectives. Bushes and beds of flowers, well chosen and local to the area, are planted near the house. The garden seems natural, but the influence of designers is visible. Shrubs are designed in elliptic shapes. Water is an essential element of the garden’s harmonious design with waterfalls, ponds, rivers and fountains… all appearing in their most natural way."

Posted by Abbé Henri Proust at Tuesday, March 21, 2017 No comments: 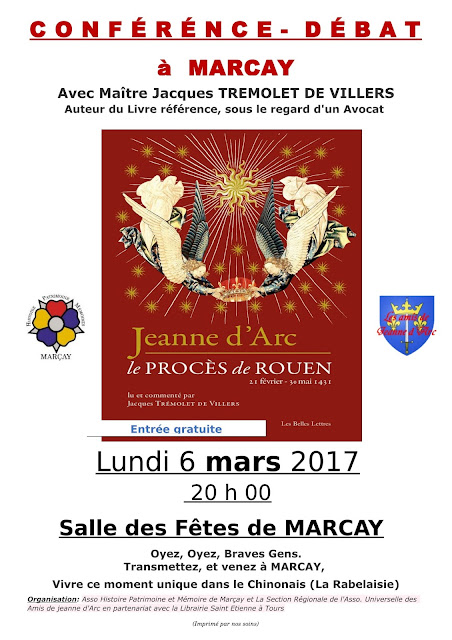 it's the Duke of Burgundy wot dunnit, honest!!
Not les poor Rosbifs....
Posted by Abbé Henri Proust at Monday, March 06, 2017 No comments: