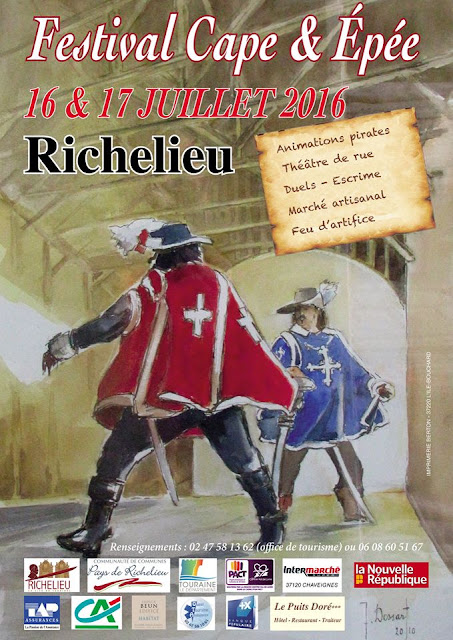 Posted by Abbé Henri Proust at Wednesday, April 27, 2016 No comments:

The new Music Kiosk, with a twist.

This new band stand is shortly to be insalled in the place Louis XIII, behind the market hall. Made by the town's Frères Merlot, the new kiosk design has a certain clockwise rotational twist that enlivens the zinc-roofed wooden structure.
It will finally be located in the centre of the northwest quadrant of the renovated garden at the centre of this square, which originally was the location of a nineteenth-century cattle market for the town's trade in white veal to be sent to the Paris market. 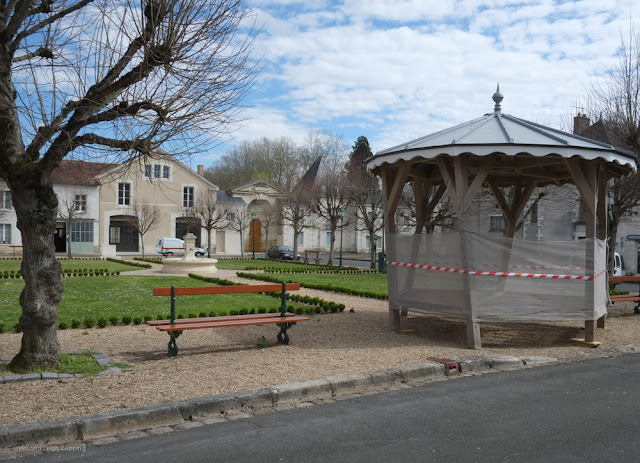 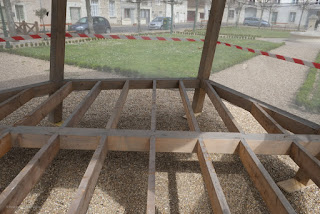 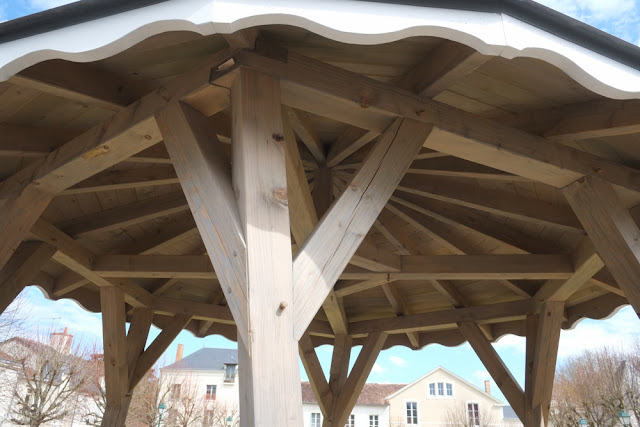 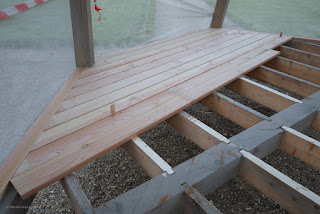 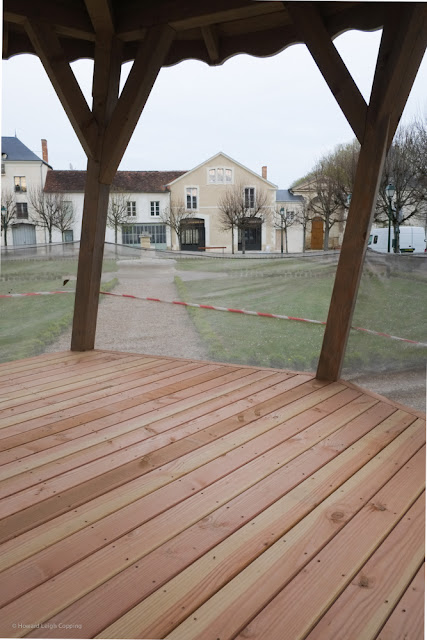 The Brasserie on the place du Marché

This fine building dating from the 1830s is occupied by the Brasserie Richelieu. As one can see on the banner on the façade, it has a new owner. We all hope that this change of proprietors can be a 'new dawn' as the other Richelieu cafés and restaurants seem to be in rather a state of flux.

The Fossé Saint Ange is a shadow of it former self, now open only occasionally; a new pizza restaurant located in the former mercerie on the market square is now established and very busy; the former Café des Sports has been comprehensively remodelled and now is a fine small bistro called Le Chinon; the former pizza restaurant that was located in the Porte de Châtellerault has changed hands and owners (?), and is to be a bar; the much missed Salon de Thé has disappeared down the Grande Rue leaving its former grand presence in the place du Marché sad and empty; the Restaurant Fabio located at the back of la Halle has closed when its proprietor finally retired....

Good luck to all the new enterprises and adieu to our old friends.

A reception was held yesterday at the Château de Villandry where the paintings of Alan Halliday we exhibited. The subjects were mainly inspired by the people, gardens and architecture of Touraine. Villandry lies about 15 miles from the cité idéale of Richelieu.
Asserted by some as 'the most beautiful garden in the world'! 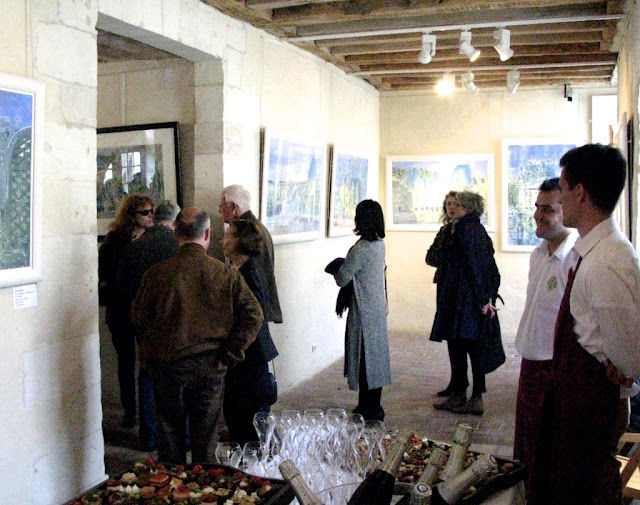 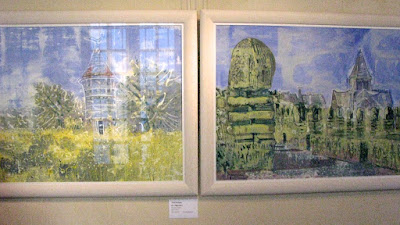 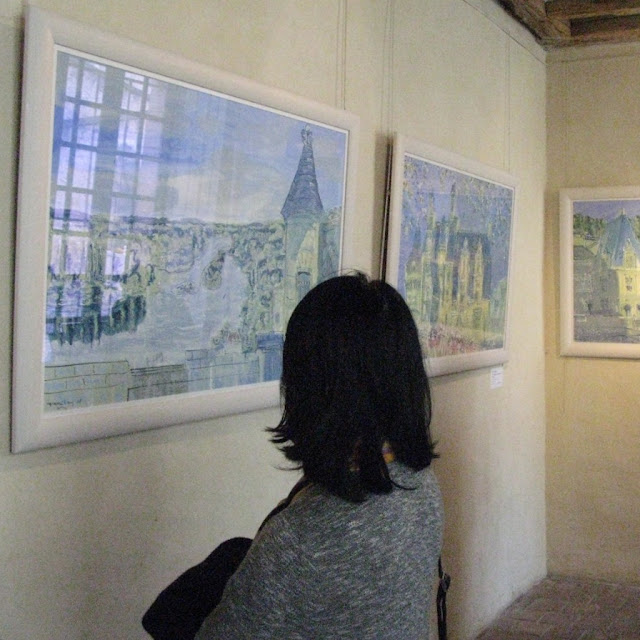 The Abbé Henri took a stroll afterwards in the famous garden and took these snaps from the gravel terrace walk. 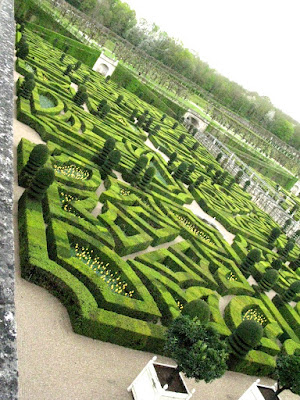 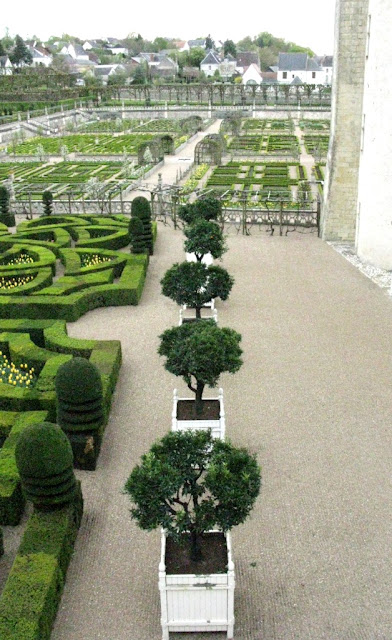 He was struck by the distant garden pavilion 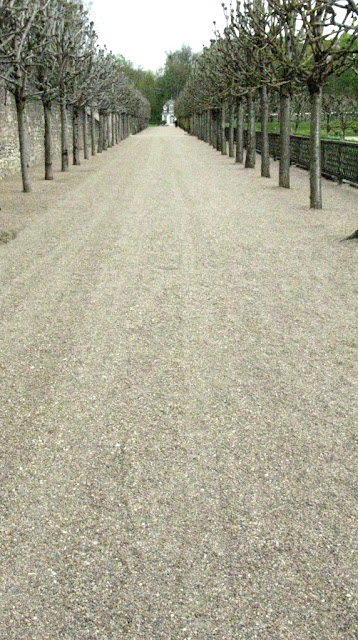 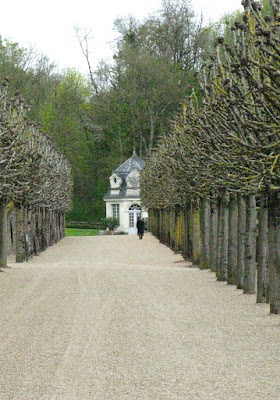 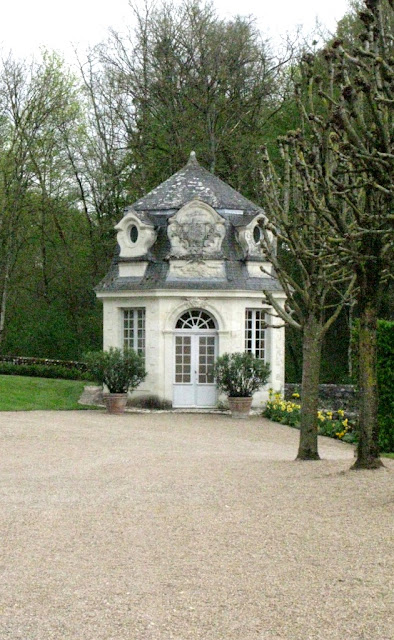 but in some ways his favourite part was the empty 'minerale' parterre below... 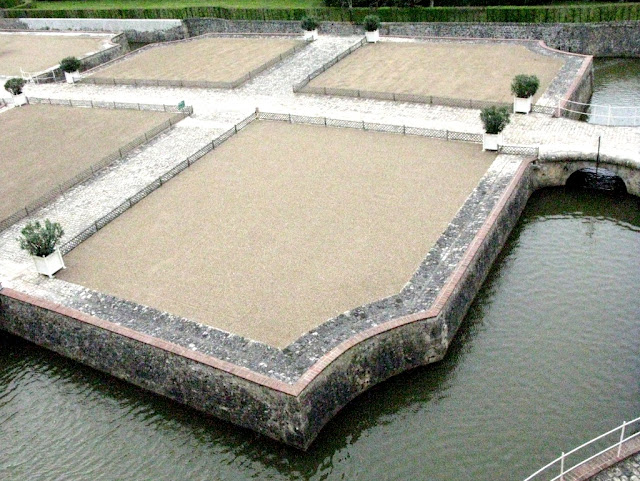 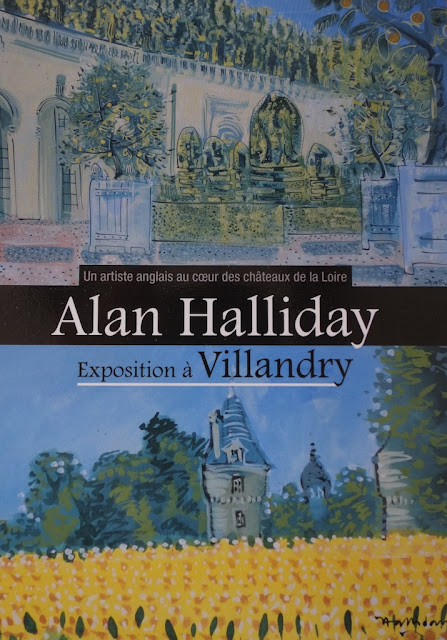