a roof is replaced 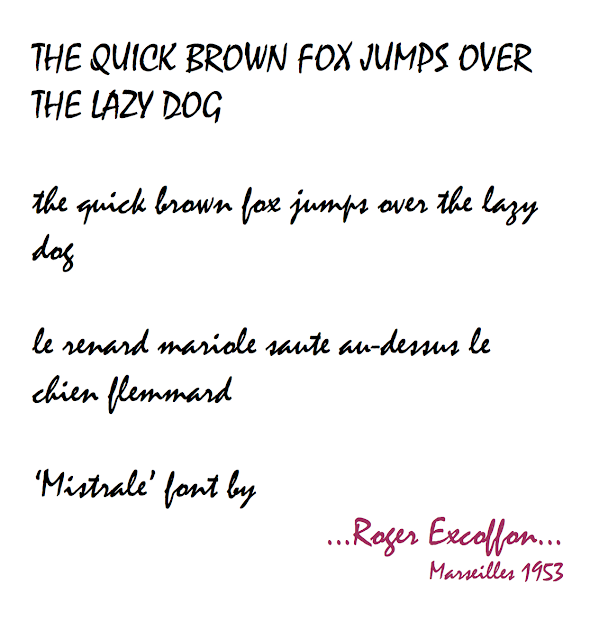 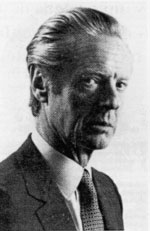 Imitating his own handwriting, Roger Excoffon created a fully cursive (linking) apparent hand-script, originally for typesetting, now for digital reproduction.  The capitals do not fully link in the computerised version, as was the case with the original, although the lower-case version obviously does. Originally this objective was achieved with various 'ligatures' - fiddly little graphic linkages for particular conjunctions of letters.
'Mistral' is as French as 'Helvetica' is Swiss!
Posted by Abbé Henri Proust at Thursday, January 19, 2012 1 comment:

Following his marriage on 9 June 1660 at St Jean de Luz, in the Pyrenees on the border with Spain, the then 22-year old bridegroom, Louis XIV - Le Roi Soleil, brought his new bride Infanta Marie-Therèse d'Autriche, daughter of Philip IV of Spain, past the château and town of Richelieu, on his slow progress back to Paris. The second duc de Richelieu, Armand Jean de Vignerot du Plessis, grand-nephew of the cardinal duc, would have been his host for this visit.

The picture  of the marriage itself is by Laumosnier and is kept in the Musée de Tessé in Le Mans.

During Louis' first visit to the château in 1650 (ten years earlier) with his mother Anne d'Autriche, the 12-year old dauphin Louis had been fascinated by his conversations with the then 65-year-old King's architect, Jacques Lemercier, who was to die five years later aged 69. This first royal visit was only a few years after the cardinal duc's death in 1642, and that of Louis' own father King Louis XIII in 1643, when the dauphin was only four years old.  His fascination with the château and parc de Richelieu was a spur for the expansion of his own dead father's hunting lodge in Versailles, to create the sumptuous and grandiose vision we know today. Louis XIII 1601-1643 had died quite young and had had his two sons rather late (37 & 39), so the little boy Louis XIV naturally wanted to continue his predecessor's project on a grander scale.  And how!

Contract  value for the restoration of this 'half'  hôtel particulier from arch to street corner only
240,000€
no backland or back façade, but to the full satisfaction of Bâtiments de France
***

And here are a few 'before shots' 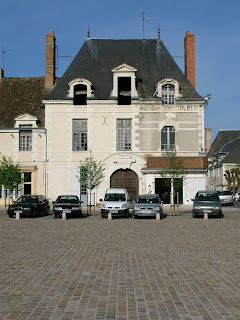 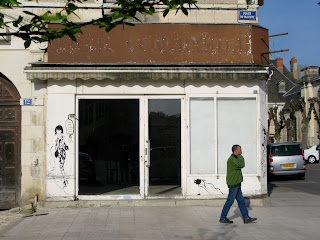 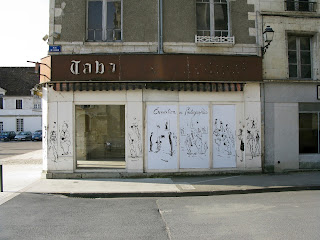 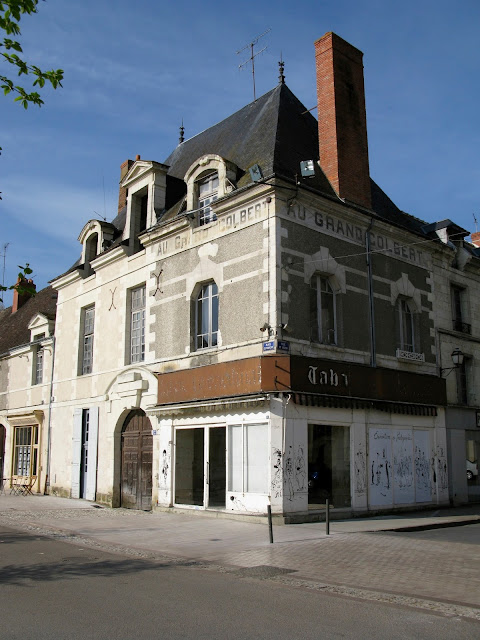 some shops close ...others open

The old seventeenth century shop buildings on the route de Loudun that hug the church site have found two new tenants.  Both have refurbished rather elegant traditional 19th century French retail fronts.  Frenchmen and women, generally not very tall today, were obviously even more petit in those now distant days... Mind you Head, if you need to buy the wonderful hand-made soap.
Posted by Abbé Henri Proust at Monday, January 16, 2012 No comments: