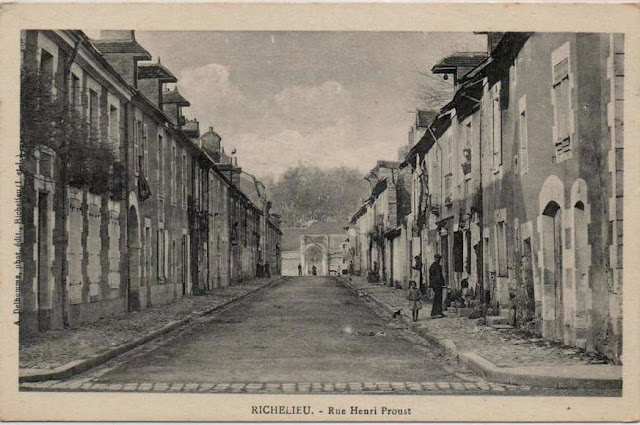 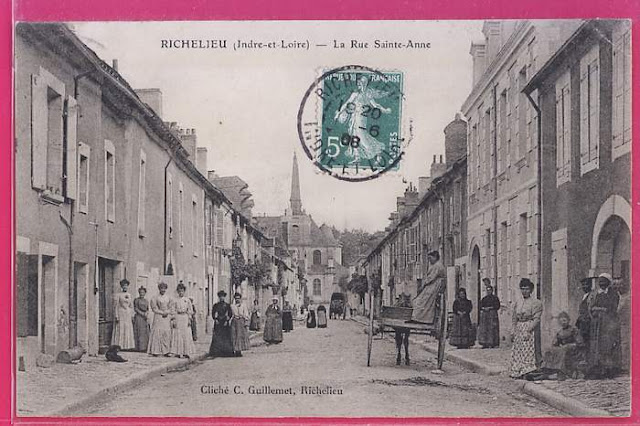 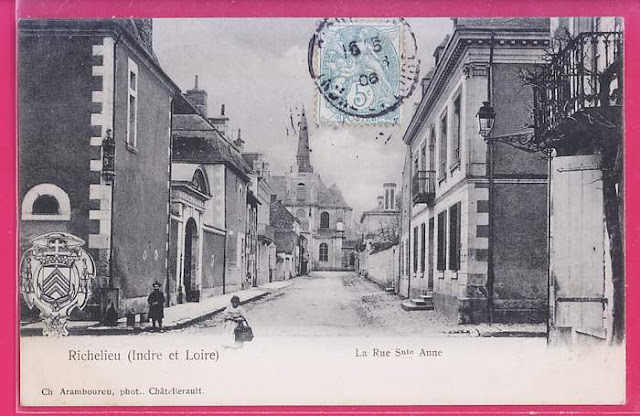 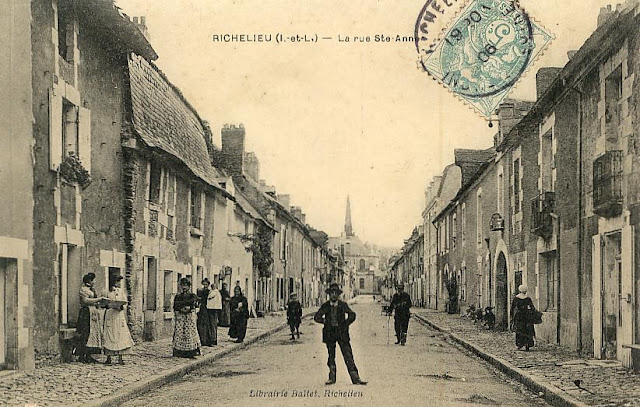 - Herzliche Danken to Wolfgang Roth for finding these cards -

the location is shown on the map to the right

Posted by Abbé Henri Proust at Thursday, December 24, 2009 No comments:

The cardinal close to death... 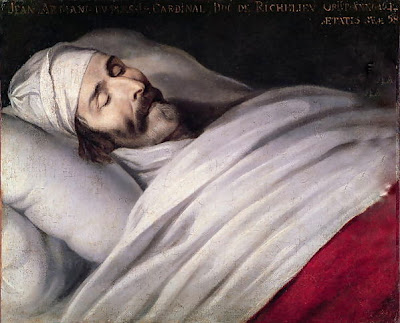 In a splendid chamber of the Palais Royal, formerly styled the Palais Cardinal, a man was sitting in deep reverie, his head supported on his hands, leaning over a gilt and inlaid table which was covered with letters and papers. Behind this figure glowed a vast fireplace alive with leaping flames; great logs of oak blazed and crackled on the polished brass andirons whose flicker shone upon the superb habiliments of the lonely tenant of the room, which was illumined grandly by twin candelabra rich with wax-lights.
Any one who happened at that moment to contemplate that red simar, the gorgeous robe of office, and the rich lace, or who gazed on that pale brow, bent in anxious meditation, might, in the solitude of that apartment, combined with the silence of the ante-chambers and the measured paces of the guards upon the landing-place, have fancied that the shade of Cardinal Richelieu lingered still in his accustomed haunt.
It was, alas! the ghost of former greatness. France enfeebled, the authority of her sovereign condemned, her nobles returning to their former turbulence and insolence, her enemies within her frontiers; all proved the great Richelieu no longer in existence.
In truth, that the red simar which occupied the wonted place was his no longer, was still more strikingly obvious from the isolation which seemed, as we have observed, more appropriate to a phantom than a living creature, from the corridors deserted by courtiers, and courts crowded with guards, from that spirit of bitter ridicule, which, arising from the streets below, penetrated through the very casements of the room, which resounded with the murmurs of a whole city leagued against the minister; as well as from the distant and incessant sounds of guns firing, let off, happily, without other end or aim, except to show to the guards, the Swiss troops and the military who surrounded the Palais Royal, that the people were possessed of arms.
The shade of Richelieu was Mazarin. Now Mazarin was alone and defenceless, as he well knew.....
***** A front door on la place des Religieuses in autumn 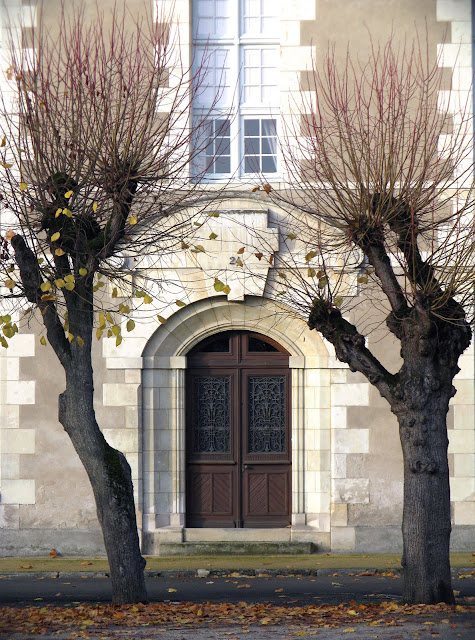 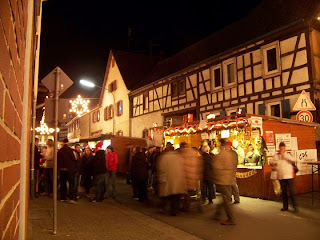 Here are a few pictures from the Christmas market in Schaafheim, the small town in Germany that is twinned with Richelieu. They were taken by Wolfgang Roth, the town's archivist, who visited Richelieu last summer with many of his own townsfolk.  All the usual rituals led by our friend Bürgermeister Karlheinz Hartl (last picture).

You can find the rest of Wolfie's photos HERE. 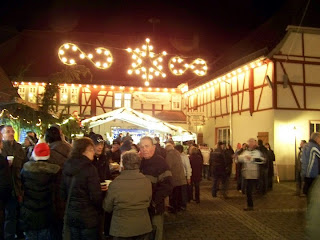 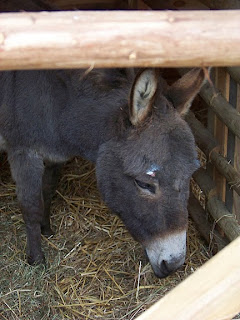 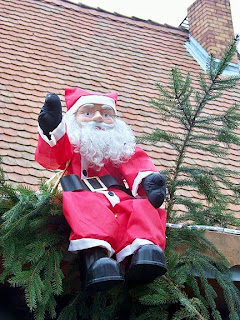 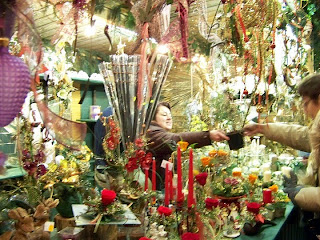 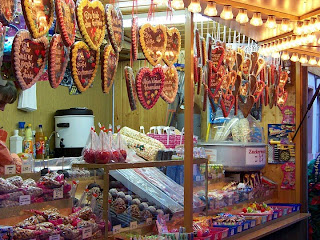 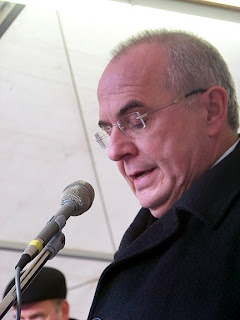 Posted by Abbé Henri Proust at Thursday, December 17, 2009 No comments: 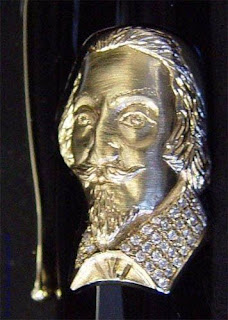 Montblanc fountain pens, suppliers to the calligraphers of Germany, offer this exquisite treasure of golden diamanté kitsch created especially for the French market in 2004.

Surely M. le Président would endorse such a stunning piece of his favourite bling

and a solid example of Franco/German co-operation.

I wonder which document would be suitable for such a luxurious signature?

Posted by Abbé Henri Proust at Thursday, December 10, 2009 No comments:

Richelieu has quite a collection of decorative spikes on the roofscape. These features act both as lighting conductors , protecting the flammable timber constructions beneath, and as flamboyant decoration to the apexes of the steep slate roofs, so typical of 17 C French architecture.
We now all know that pointy iron sticks actually attract static electricity, and allow any lightning strikes to flow to the ground safely if they are connected to the earth by a thick copper bar. Benjamin Franklin is credited with proving that lightning is nothing but electricity in 1749, but this famous and dangerous experiment post-dates the construction of the town. Did the masons of old know that they protected their building by such devices?  Were they originally connected to the earth as required? Did they get the idea from the ancients? The romans?

Below; the porte de Chinon, the church's east front nave apex and the church's southern main obelisk. Lastly three epis - finials, spikes - in zinc at the works of SARL Merlot. 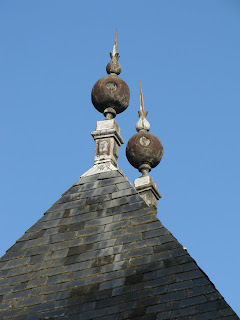 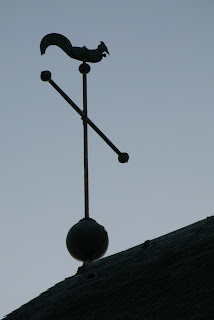 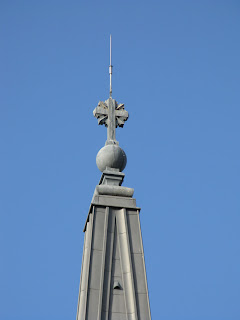 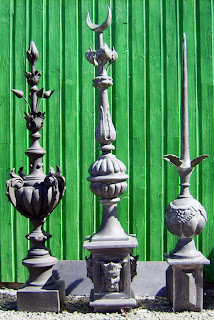 The Abbé Henri Proust (1817 - 1897) received a telephoto lens for his birthday - he's 192 this year. This 600mm focal length apparatus allows him to take new pictures of his parish - now all flattened out.

The photograph below shows the grandiose 'dummy' gate that is on the east-west axis of the Porte de Loudun where it would otherwise enter the good cardinal's domainal park, looking eastward. The expert King's architect, Jacques Lemercier, realising that this gate was to be seen mainly from afar (anticpating the invention of telephoto lenses?), designed it in huge Mannerist propoprtions, almost ridiculous in scale when close up. A full iconic Richelieu gatehouse was impossible in this location, so this noble tuffeau upward arrow took its place. *see the map of the town for the location of this gate 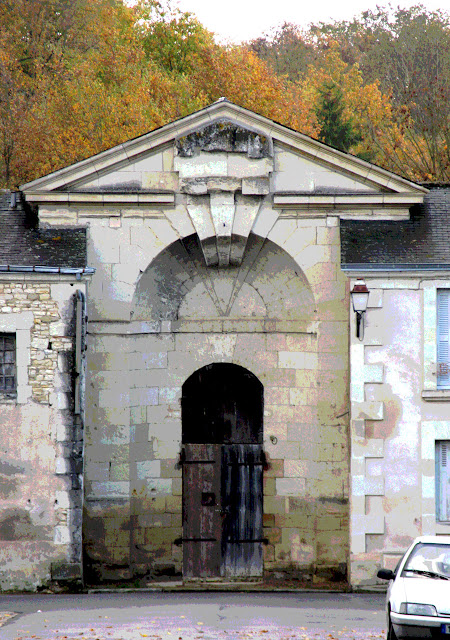 Posted by Abbé Henri Proust at Thursday, December 03, 2009 No comments:

Click here to see the calendar of events in the town of Richelieu as run by the town's tourist office.  The new gazette proposed by M. Le Borgne will expand on this service, but our friends at the little shop on the place Louis XIII make a pretty good stab at it electronically.  And it is accurate and up-to-date. And who should know better than them?

They show the date for the next biennial Fête de Cape et d'Épée - the festival of cloak and sword - to be Saturday, 17 July 2010 (the weekend following Bastille Day, 14 July 2010). 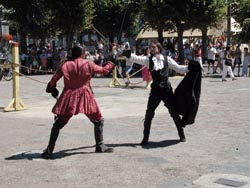 I will put a link to this municipal calendar page on the column to the right, as further posts on the blog will cover this particular post as time goes by.....

Posted by Abbé Henri Proust at Tuesday, December 01, 2009 No comments: