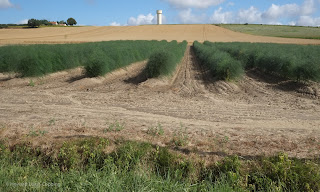 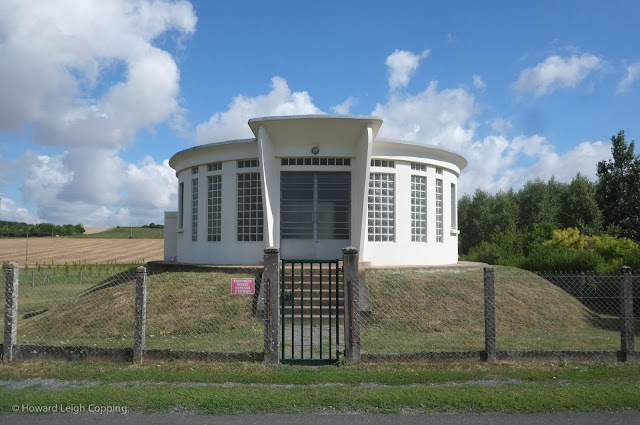 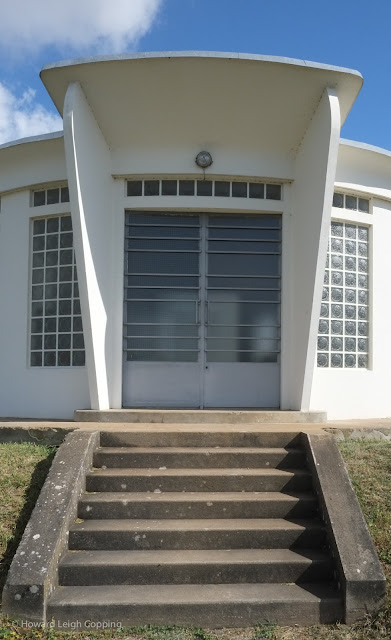 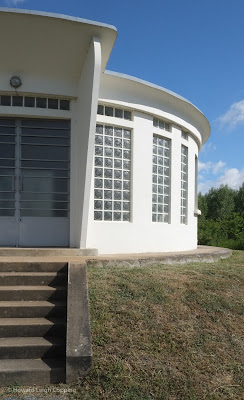 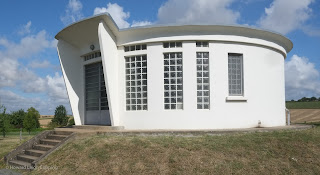 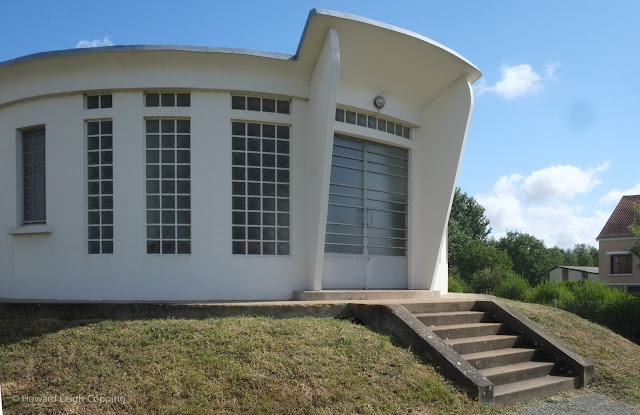 The Church of Our Lady, Richelieu - seen from the north

The Dôme - last vestige of the Château de Richelieu

The Dôme, as called, is the only remaining fragment of the palace built by the cardinal duc in the 1630s and subsequently occupied by the 6 succeeding ducs de Richelieu. With the Orangerie and the wine cellars. The whole palace remained complete and intact up to the Revolution of 1789, when the aristo 5th duc escaped the guillotine to Russia and the court of Catherine the Great.  The ducal estate was annexed to become national property. Having been considered and then rejected as a noble reward for one of the celebrated military marshals of Napoleon, the ducal estate and property in its entirety was flogged off for demolition by a marchand de biens called Boutron, over a period of forty years.

The estate was finally reconstructed by a Franco-American banker from New Orleans called Michel Heine who had made his mega-wad financing the Franco-Prussian war. He married his daughter Alice to the 7th duc de Richelieu to add a bit of noble lustre to his family's new-found wealth.  He reassembled the parc and what was left of the buildings, finding in the Dôme a simple hall that had originally been the entry portal to the manège (or horse training court) of the original castle.

Today it is hard to see how much of the building is in its original state. It was originally flanked on its east and west façades by a straight range of buildings forming the southern wall of the avant-cour.  Chimneys rose on the east and west walls that touched their contiguous neighbours.  The grandiose fireplace within that exists today now lacks a chimney!

We surmise that much of today's Dôme was rebuilt to make the symmetrical pavilion that we know today. It is hard to see any new/old joining in the tuffeau stonework and the conclusion is that the current state is far from its 17th century forbear.  The 7th duc had hired the then-famous landscape architects, the Bühler brothers*, to recreate the park and avenues that we know today, the arboretum planted on the castle site itself, and the 19C carp pond that sits in front of the Dôme of today.  Who knows now how much 'reconstruction' was needs to cover the scars left by the dastardly Maestro Boutron? 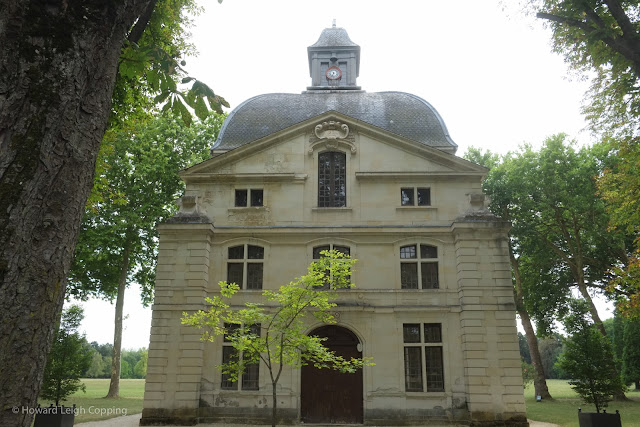 In recent years, the dôme is a tourist feature of the town and park, which accommodates models of the château and town.  It is owned by the Universities of Paris in succession to the Sorbonne itself, but is administered jointly by the municipality of Richelieu. It is the main venue for the Fête de Musique that occurs early in August each year.

*  Not really certain. They certainly did do the gardens at Azay-le-Ferron, not far away.  While their expertise was mainly in the then-fashionable jardins à l'Anglaise, they were experts in the fancy tree plantings which are evident everywhere today in the parc; Wellingtonias, Cedars etc.

I like a good sub-station and deep France has some good examples - Utility taken to the level of Beauty. The little village of Courcoue has a rather special example, so here is a little photo essay. 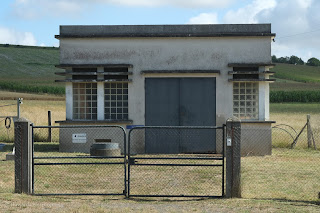 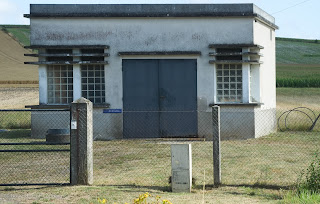 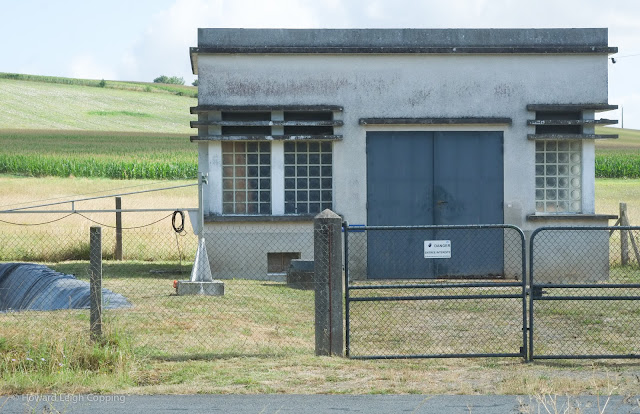 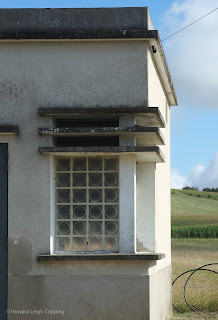 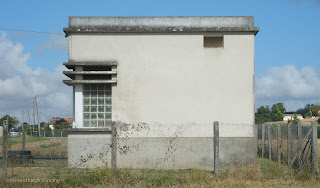 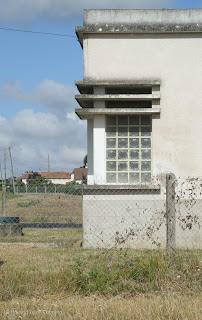 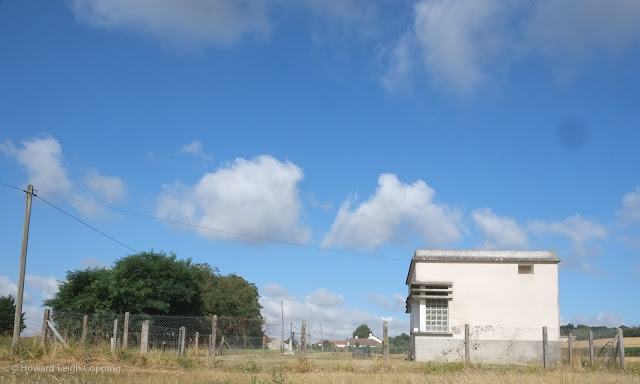 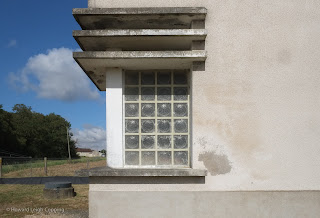 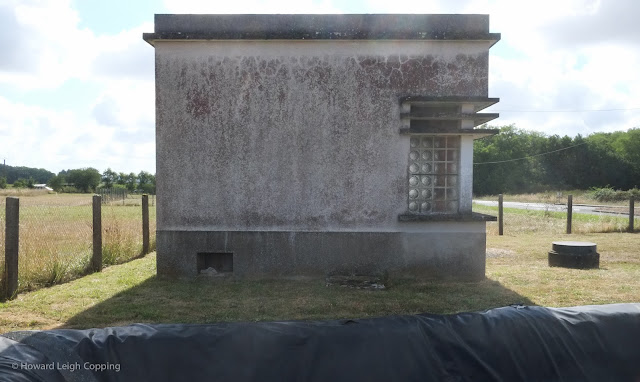 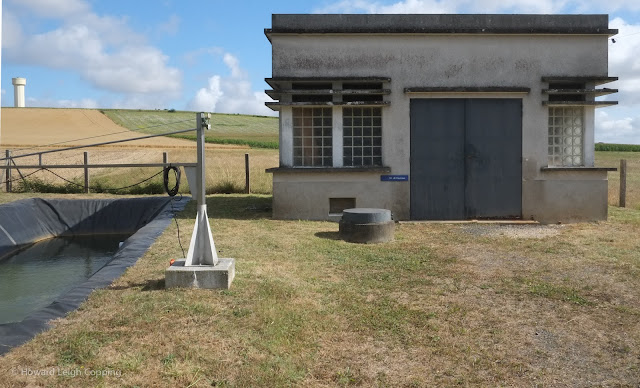 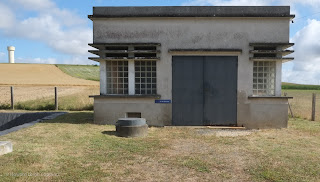 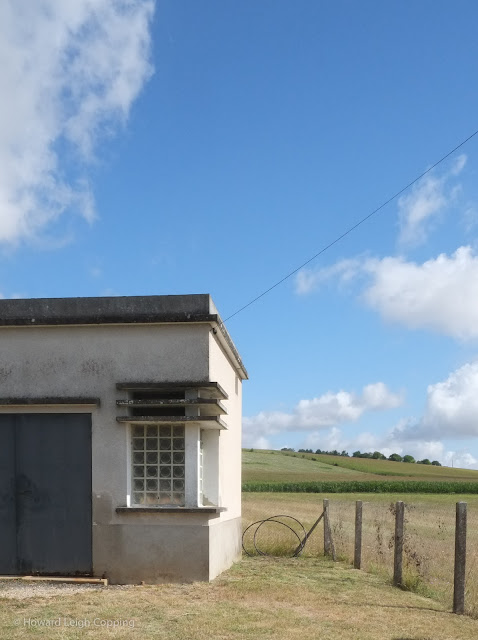 The street that is next to the Mable river on the eastern perimeter of the town seems to have an absolute rash of new projects that indicate a new confidence in restoration and renewal.

The rue des Gaultiers - the street of 17th century mercenaries.

A completely new house is being built; the former limonade factory has been completely rebuilt and a large former industrial building is being transformed on the place Louis XIII, next to the 'Faux Porte', the dummy town gate, in front of the Mable river as it passes the town forming the eastern section of the town's moat. 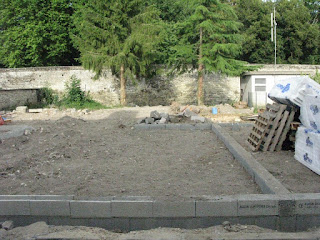 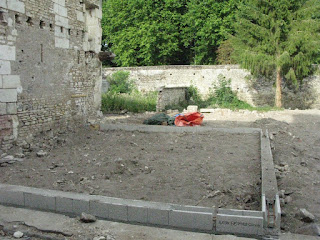 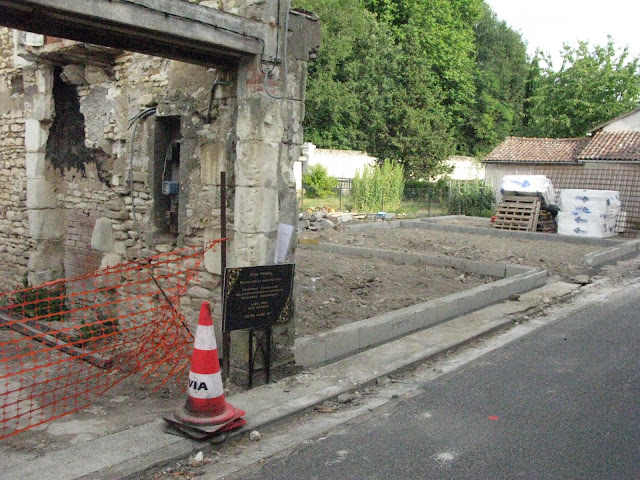 Who can compare with this idyll? 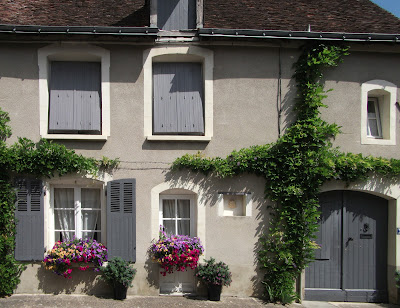 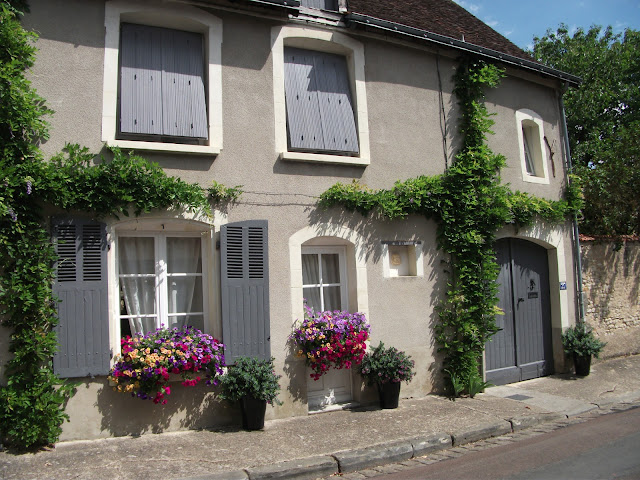 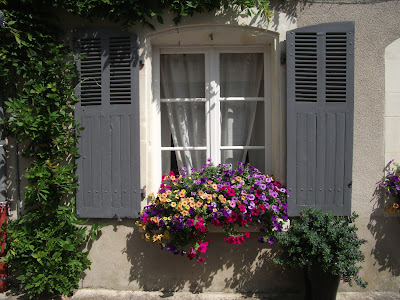 very special transformation has been made to this particular happy home!

Posted by Abbé Henri Proust at Monday, August 17, 2015 No comments: