The Abbé HP has a little rose bush... 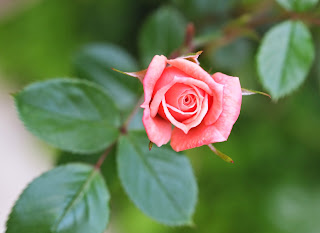 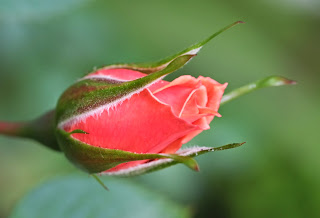 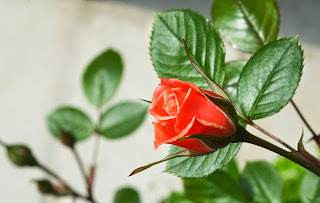 The 'sweet and merry month of May', arrives and shows just how lush Mother Nature can be, if supported by hidden gardeners with mowing machines. 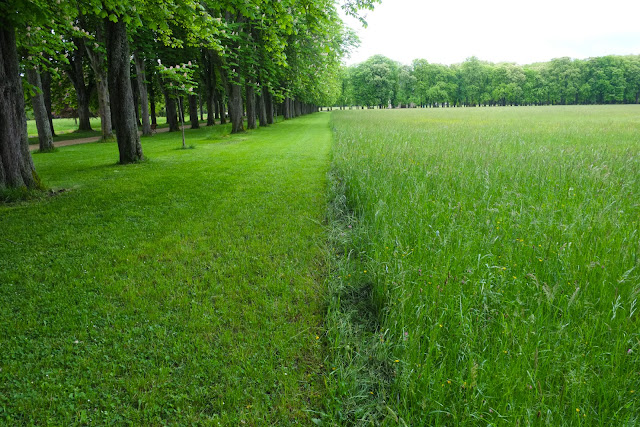 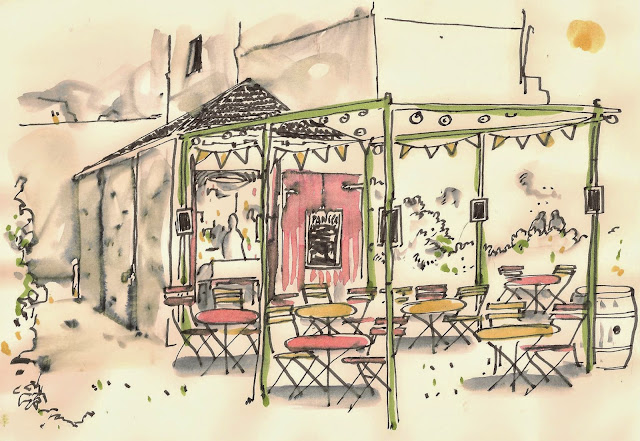 A former warehouse and factory is being refurbished on the small square located behind la Halle, now called place Louis XIII, formerly the marché des vaux - the calf market.

This industrial structure has stood derelict for many years, and has now been taken in hand by an American architect.  So far the rear wall to the river Mable has been cleaned up, and now the front wall to the square is being comprehensively overhauled by one of the town's firms of building contractors 'Beun Edifice'.  They are building several projects across the town as can be seen from their signage, here emblazoned across the project's façade.
Now, of course, someone needs to take the masonry of the town-owned gate in hand too.  It is a great example of Mannerism, with the designer's realisation that the structure will only be perceived from a long distance.
***
Posted by Abbé Henri Proust at Friday, May 15, 2015 No comments:

Geometry and how to layout a new city

This particular page instructs how to layout a large circle with out making dimensional mistakes caused by an angled marker stick.  The book suggests that, in order to stop errors, the circle's radial string should end in an isosceles triangle supporting the vertical stick. This would keep the marker vertical while the circle was traced.  On paper and at a smaller scale, the compass achieves this accuracy by the rigidity of the compass instrument itself.

The town of Richelieu is approached from two large circular layouts, one in front of the northern Porte de Chinon and the other the southern Porte de Châtellerault.  Each circle, being maybe 50m in radius, might easily have been carried out inaccurately but for this simple technical improvement.

The engraved view of the town that is seen on its north/south axis, shows the state of construction in about 1635.  The Church and La Halle are already there as are rue Saint Anne (today rue Henri Proust), rue de la Galère and some other structures.  The construction of the Grand Rue has not yet been started.  The external walls, the town's gates and the street carriageways were built at the Crown's expense while the hôtels particulars - the 28 identical mansions - were to be financed at the cost of 10,000 livres tournois each by clients through the Bishop of Bordeaux. 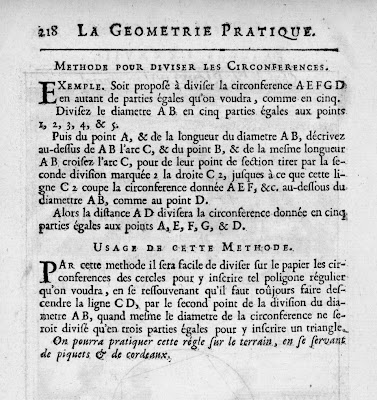 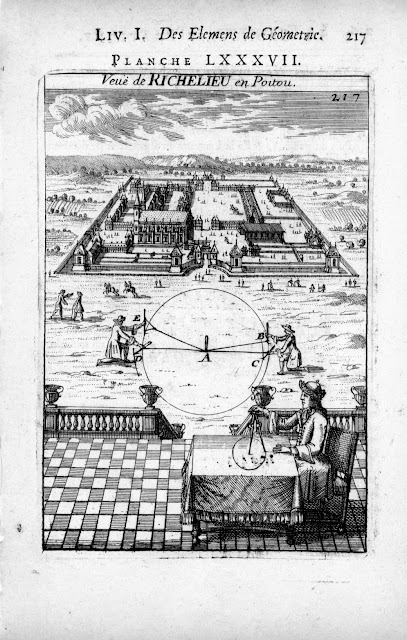