These versions of the photo below were made using the free 'app' called Prisma.

The porte de chinon at the northern end of the town looking south from the new roundabout. 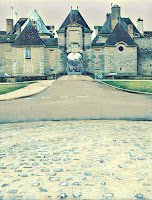 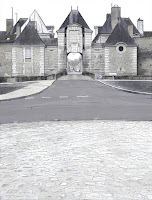 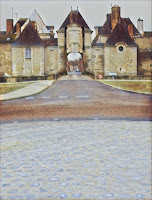 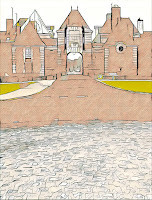 Posted by Abbé Henri Proust at Monday, January 23, 2017 No comments:

The Office of Tourism 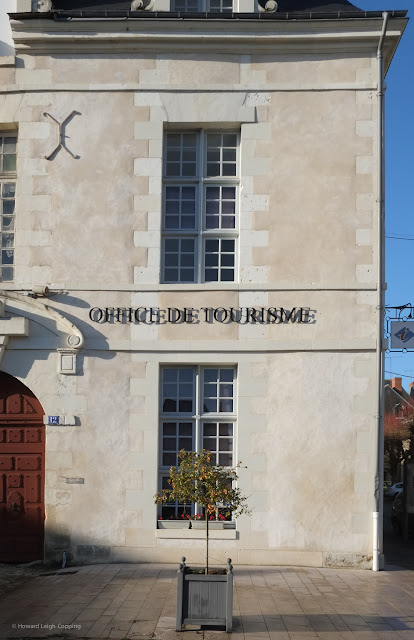 Sunlight is falling on the façade of the restored Tourist Office, adding a nice shadow to the elevated lettering on the front wall. We wait hoping that the other half of this hôtel particulier - mansion - will shortly be restored to match, now that it has been acquired by the Townhall, together with the adjacent shop. All the Place du Marché's corner pavilions are very conspicuous in the urban vista.
Posted by Abbé Henri Proust at Thursday, January 19, 2017 No comments:

In the cemetery with the Abbé Henri Proust

Mid-winter in the parc - cold and foggy at noon 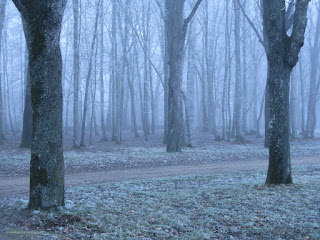 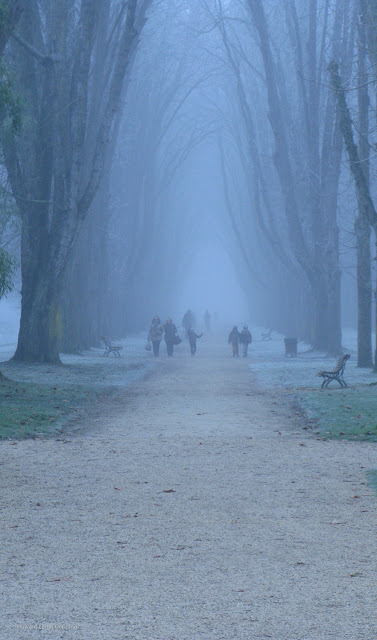 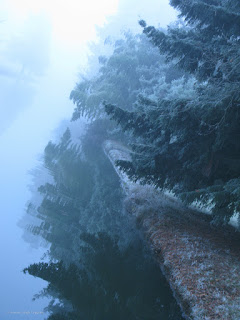 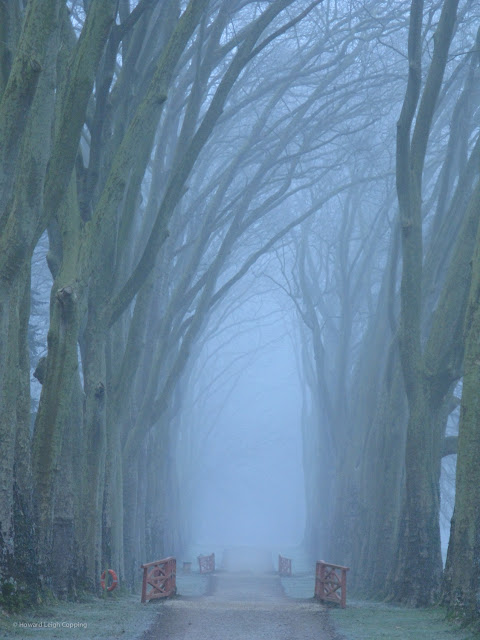 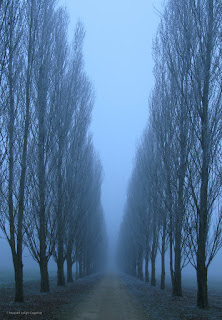 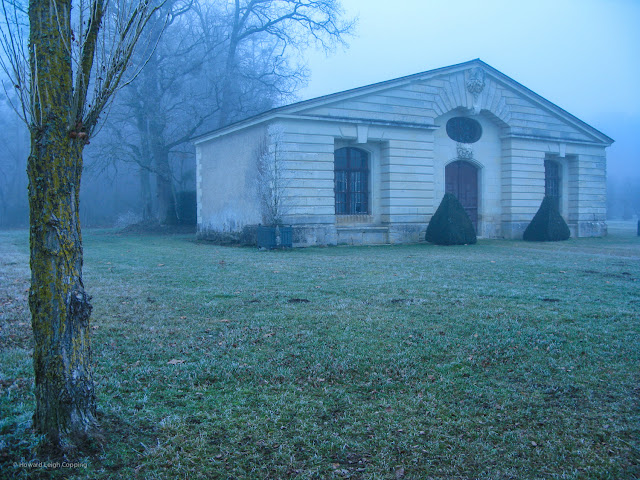 The start of restoration of the church buildings in Richelieu


The church buildings of France are generally the responsibility of the town hall rather than the episcopate. So expensive restoration of listed historic buildings  is either a subject of civic pride and duty or a financial money pit for the poor commune and its tax-payers. 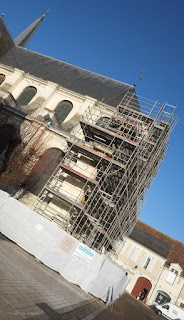 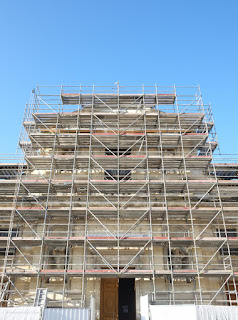 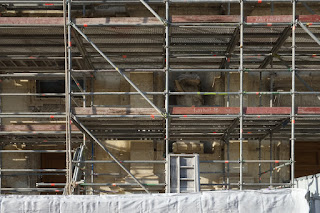 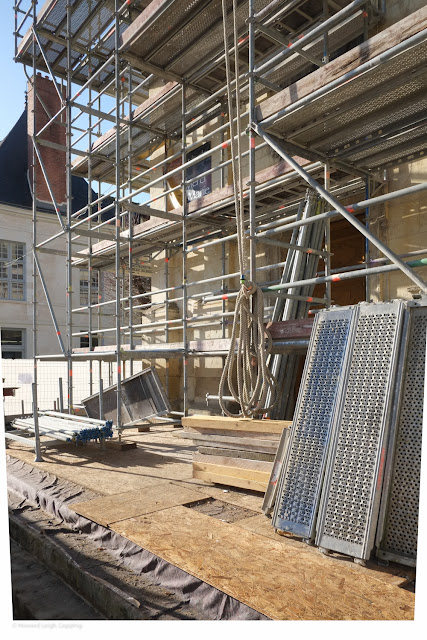 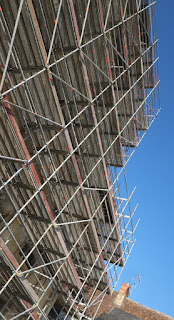 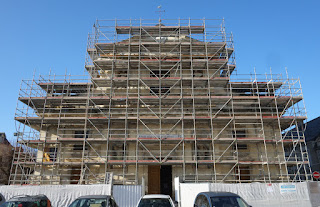 The history of church and state

Posted by Abbé Henri Proust at Tuesday, January 10, 2017 No comments:

The project for the restoration of the guard tower, located at the north-western corner of the town's engirdling city wall, is announced in the new year message brochure from the town hall.

click here to see more details of how it all started off
...before even the founding of the Fonds de Dotation.

Bicycle hire starts near the former station of Richelieu. 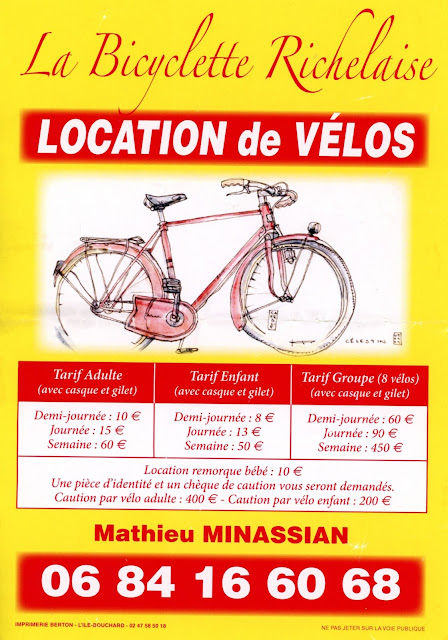 M. Minassian prepares for the completion, promised for the summer of 2017, of the 'voie verte' or green cycle way, that will link the famous city of Chinon with the Cité Idéale of Richelieu at a distance of about 14 kilometres. The tourist will then be able to promenade along the pretty valley of the Veude river - it becomes the modest stream Mable by the time of its arrival in Richelieu - along the flat former railway line that linked the two towns. It operated from about 1880 till 2000 or so and was constructed mainly for the export of white veal to the Paris markets.
So far, the tracks have been removed for scrap, all the locomotives and rolling stock moved elsewhere (Thouars?) and the frequent junctions of road and former rail line have had new crossings laid to allow cars and bicylces to cross in safety.  It was the problems of these crossings that spelt the death knell of the former railway link. It was impossible to reconstruct so many crossings to modern HSE standards. The trains had to have a man with a red flag go in front by foot!
Posted by Abbé Henri Proust at Monday, January 09, 2017 No comments: