click here for other posts on the Heine family 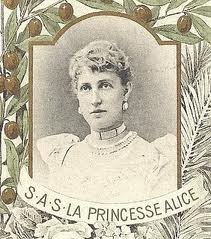 December 22, 1925
The Associated Press is reporting the death of the Dowager Princess of Monaco. The former Marie Alice Heine died suddenly today in Paris.
The daughter of a New Orleans banker, Alice Heine was born on February 10, 1858. She married the 7th Duke of Richelieu in 1875. He died in 1880.
After his death, Alice married in 1889 to Prince Albert I of Monaco. The new Princess of Monaco sought to establish the principality as a cultural center. Her marriage was not happy one, and in 1902, the couple separated officially, but were never divorced.
Marie Alice was born at 900 Rue Royale in New Orleans' French Quarter. Her French-born father Michael came from a prominent German banking family. He was also a cousin of the German writer, Heinrich Heine. Her mother, Marie-Amelie Miltenberger, was the daughter of a New Orleans architect.
The Dowager Princess is survived by her son, Armand, the 8th Duke of Richelieu. 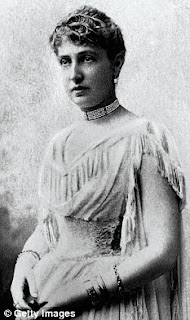 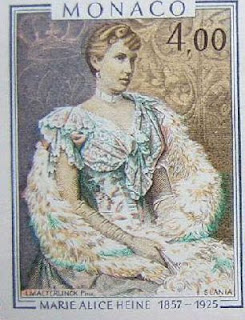 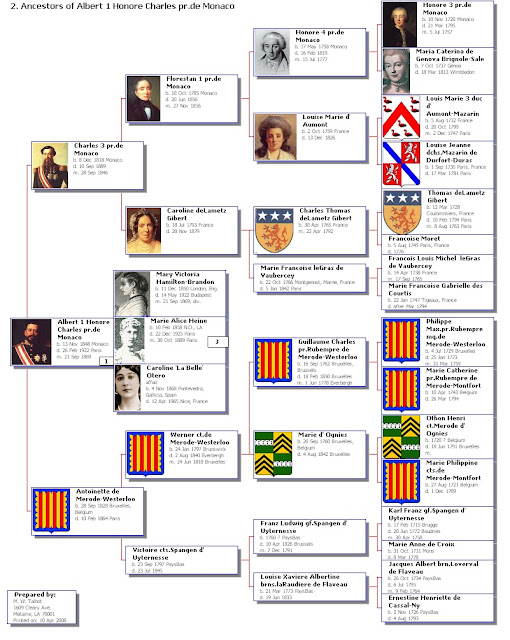 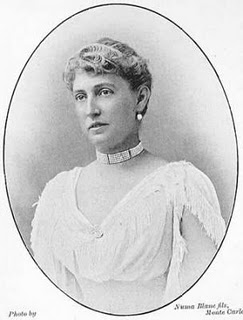 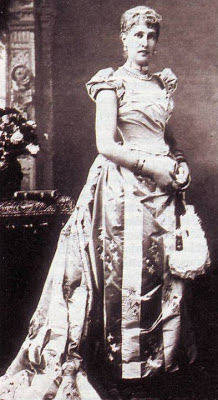 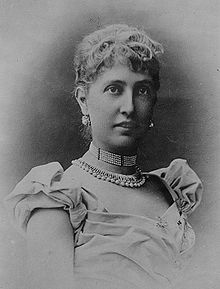 Posted by Abbé Henri Proust at Tuesday, October 16, 2012 No comments:

The painter, Harold Jacobs, who lives in Ligré, has a decennial reason to celebrate.  Below a link to a u-tube movie about him...
bonne anniversaire!
***
Posted by Abbé Henri Proust at Monday, October 15, 2012 No comments: 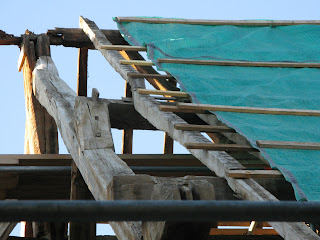 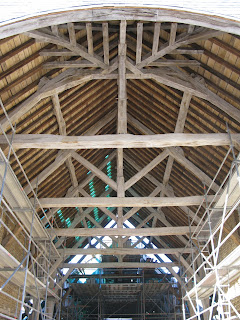 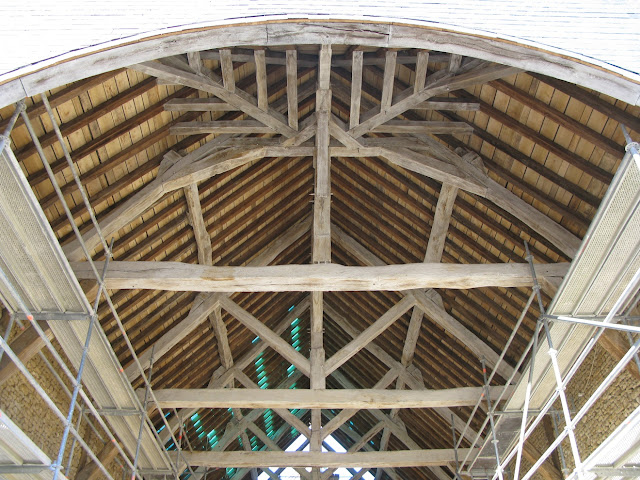 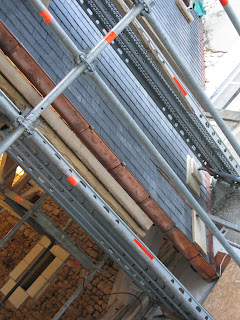 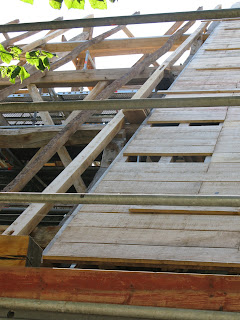 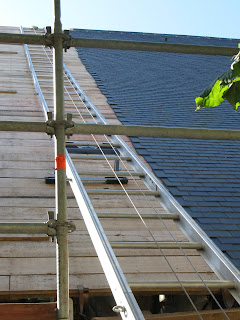 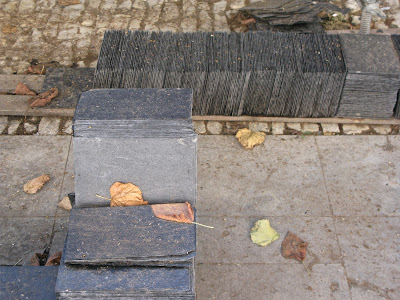 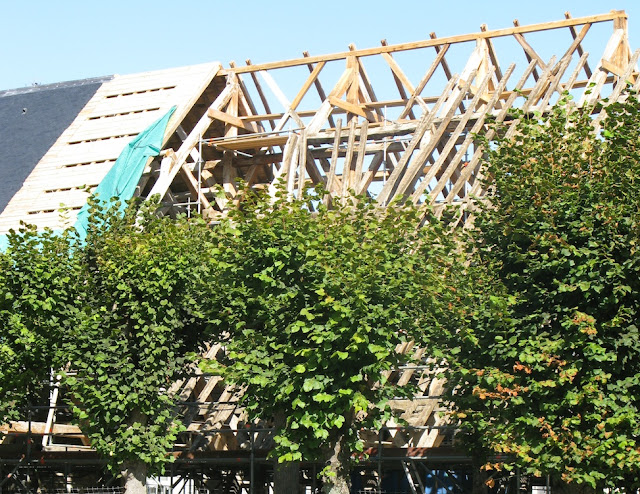 ***
French expressions that one does not learn at school...
***
Posted by Abbé Henri Proust at Saturday, October 06, 2012 No comments:

From much before the 17th century, the King of France had raised a tax on his subjects called the Gabelle.  It was a tax based in later years on the supply of domestic salt.  As salt was the principal method of preserving meats, fish or even vegetables, it was a very necessary product for daily life.  The King produced the salt in his own salt farms on the Atlantic to the west, and it was distributed to his greniers à sel - salt 'barns' - located by privilege all over his kingdom.  In this way an important tax that was dependent on domestic consumption was spread to the entire population.

A modern parallel is hydrocarbon fuel duty, where a tax, much higher than the market value of the product itself, is raised on a necessary daily product.  Read Here about this tax in the UK.

The locations of the warehouses that sold the protected royal product were important, as they would required constant visits, and would attract all sorts of other commerces to their side.

When the King, Louis XIII, gave royal patents to the newly-founded town of Richelieu, among other particular benefits to privilege the venture was the re-location of the local grenier à sel for the region. It was moved from the bustling town of Loudun, twenty kilometres away, to the new town of his powerful cardinal duc.

Of course this was not a popular act in the town of Loudun, as it required them to change their habits and make frequent visits to the new but isolated town of Richelieu.

Click here for the history of the salt tax, the Gabelle.

Below we show photos of the 'alleged' former grenier à sel de Richelieu.  (See the 'comment' of Richelieu's historian Marie-Pierre Terrien, below). It has recently been sold by the Sorbonne to a new owner, who prepares to restore it, presumably as a residence.  If one looks at this blog's map of locations (see RHS) there is an indication of where the building is to be found, exactly between the town walls and the ducal château parc, between moat and canal, on the axis that terminates in the statue of the cardinal in the place du Cardinal.
Seems it is more likely one of the ducal parc's many support buildings ... but who knows? 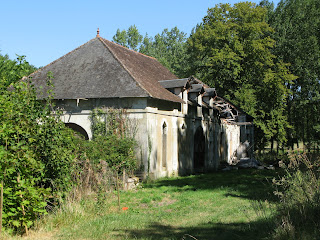 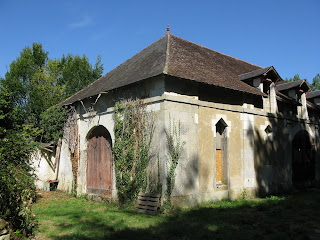 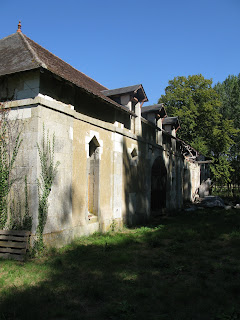 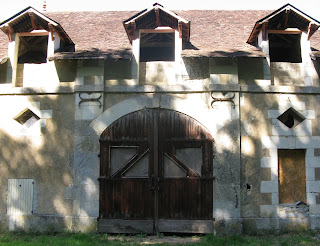 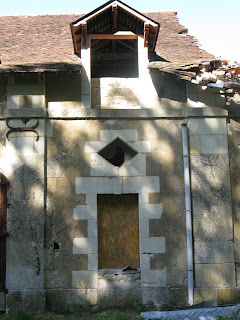 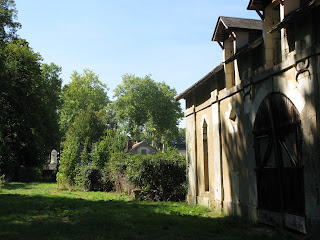 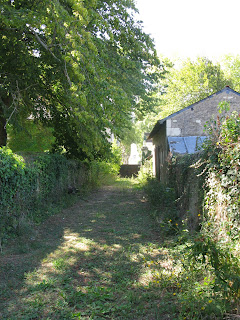 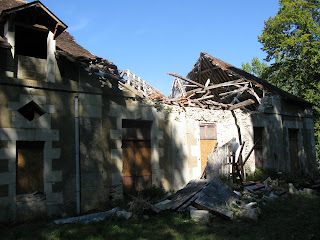 ***
below
is a map of the gabelles at a national scale; note that Richelieu is the only town marked in the region; no sign of Loudun for example! 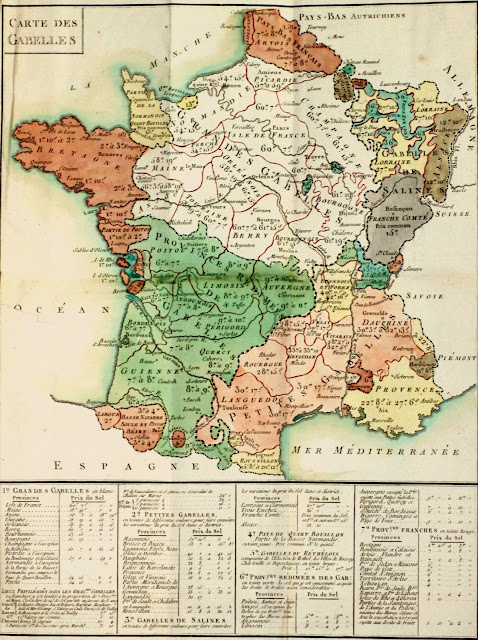