the cardinal duc on the dike at La Rochelle 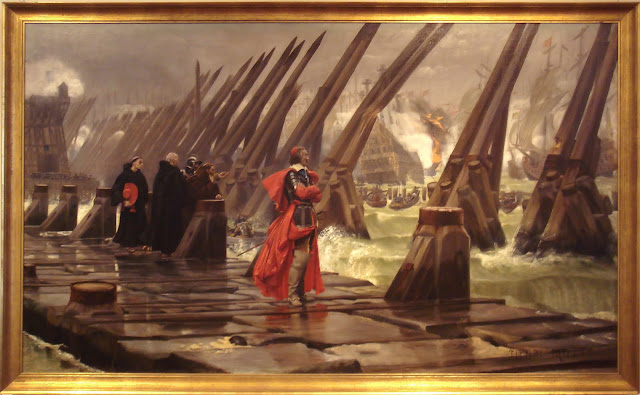 Henri-Paul Motte painted this well-known history picture in 1881 showing the cardinal duc on the dike that he ordered to be constructed across the mouth of the bay at La Rochelle.  By screening the fortified town from support from the sea - and the dastardly rosbifs led by the Duke of Buckingham - he ensured the siege of the town in 1627-28 was successful.  The calvinist Hugenot Hanseatic town, a 'state within a state', was brought to its knees and finally capitulated to the King's forces.