Hotels - the wonderful Puits Doré and the sad Faisan 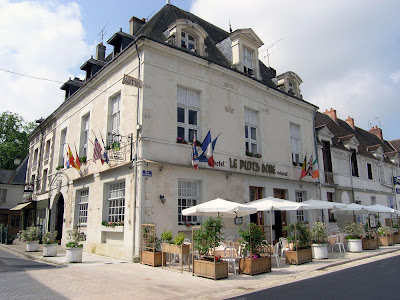 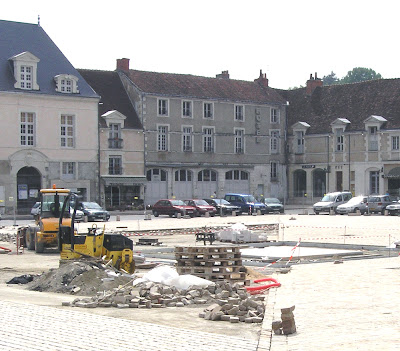 The hotel 'Puits Doré' occupies one of the main mansions on the place du Marché and consists of a corner-sited 'hôtel particulier', on the extension of the Grande Rue towards the Cardinal's château, and lower adjacent houses at on the market square. In the 1630s it was estimated to have cost 16.000 'Tours Pounds', and was built for Alphonse de Lopez, the Cardinal’s agent and manager of the town building site.
When the Cardinal died, the mansion was sold and became a hotel 'at the sign of the Puits Doré’ or 'Golden Well'. It has been a hotel since those times.
The proprietor of the Puits Doré is Olivier Blanc.
The two-star hotel is in the system of 'Logis de France'.

There was formerly another hotel in the town called 'Le Faisan' or 'The Pheasant', also located in the market square. This hotel is empty and awaits revival, although its licence is renewed annually.
Posted by Abbé Henri Proust at Thursday, June 14, 2007