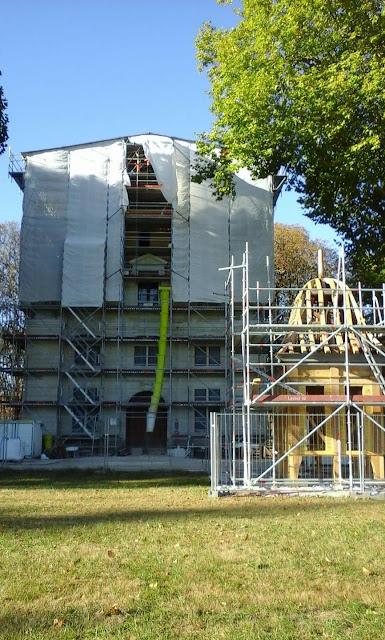 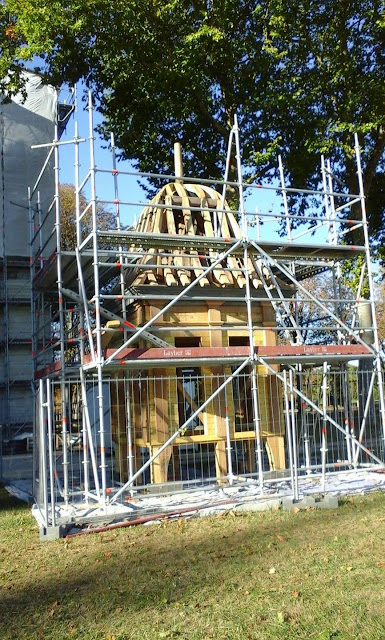 Posted by Abbé Henri Proust at Thursday, September 27, 2018 No comments:

the coworking space will (hopefully!)
open its doors in November 2018 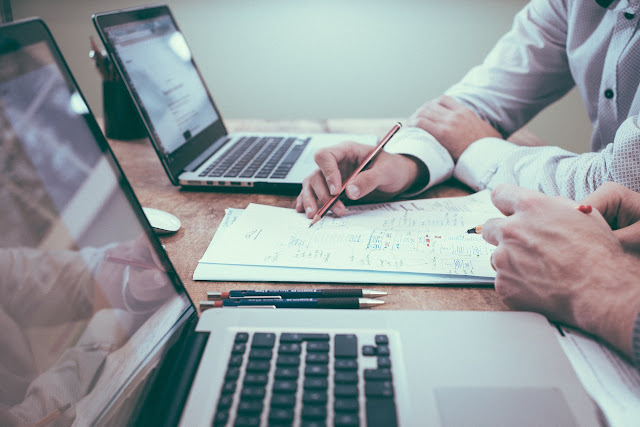 At the eastern end of place Louis XIII a vast old building is being adapted as a 'state-of-the-art' coworking space where new business 'start-ups' and other new companies and organisations can rent anything from a desk for an individual to a larger full serviced office for a growing company, all supplied with full internet connection and digital conference suites. These facilities will shortly be linked to a fast fibre-optic connection ensuring the most up to date IT speeds.

The location in the Cité Idéale of Richelieu provides an innovative blend of a picturesque and historic rural location with every contemporary facility for the new digital companies of today and tomorrow.

SARL Gamma-TiAl, the new Richelaise hand in the service of Airbus 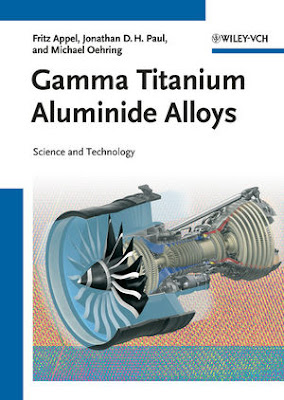 The SARL Gamma-TiAl foundry is now casting titanium based parts for the aeronautics industry on the industrial site just outside Richelieu. They are a sub-contractor of Safran, who essentially equip the engines of Airbus Industrie airliners. The updated factory installations and the wonder-alloy titanium aluminide have swept away any legacy of the former furniture-making trades. Furniture has been replaced by TiAl cooling ducts, designed and manufactured to be placed around aircraft engines. They are the result of the closely guarded technical mysteries of the SARL Gamma-TiAl company, a cutting-edge industry with their manufacturing secrets jealously guarded, particularly since their relocation to Richelieu in 2013. Fierce commercial competition obliges that each and every visit to the factory is closely controlled and all photography is limited, particularly around of the furnaces where the actual melting of the titanium bars takes place. The molten titanium alloy is cast at 1500° C. Out comes a single piece, polished if necessary, ensuring zero production defects.The installations are an absolutely unique example of a specialist metal foundry that uses a version of the 'lost wax' process.

In the past year, the order book has been overflowing. The cause is the new the 'Leap' engines, Safran's latest range of powerplants, on which SARL Gamma-TiAl works for both version A (for Airbus) and B (for Boeing).

Safran equips all the single-aisle aeroplane fleets of the two world airline giants,
"ensuring fuel savings, reduced nuisance and a more modest carbon footprint," according to the technicians.
"This means that when you board an A 320 type airliner, there are titanium parts around the engine manufactured here in Richelieu," says Arnaud Henrion, manager of SARL Gamma-TiAl.
There have been many new workers hired in 2018 - a huge expansion and success that grows as air traffic requirements expand.

Such was the rate of business growth that the entrepreneur has had to consider partial or complete re-location. While the new decisions concerning this particular site located in a small town in Touraine had hesitated during the winter period, the decision was finally made to amalgamate locations and rely entirely on the new Richelieu site.

Hopeful ambitions have given birth to this new 'small' business sector which nevertheless represents nearly 35% of the innovative specialist market. Nearly twenty-five new jobs are expected by the end of the year 2018. They will be added to the forty-three technicians already in post, making a staff of 68 in all.

The next objective will be to regain a position lost in the automotive market, which had to be abandoned temporarily in late 2015 following a fire that ravaged the former plant in Toulouse, and to "expand the field of possibilities".

"The product is very light in weight, it does not rust at all ... many sectors still do not exploit it," says Arnaud Henrion.
"The only family-owned foundry with independent capital" is therefore conquering the world from the Champigny-Richelieu business park.

Three hundred castings are released each month from the SARL Gamma-TiAl factory. And the pace may accelerate. Airbus anticipates the need for 28,000 new aircraft for short and medium haul fights in the next twenty years. 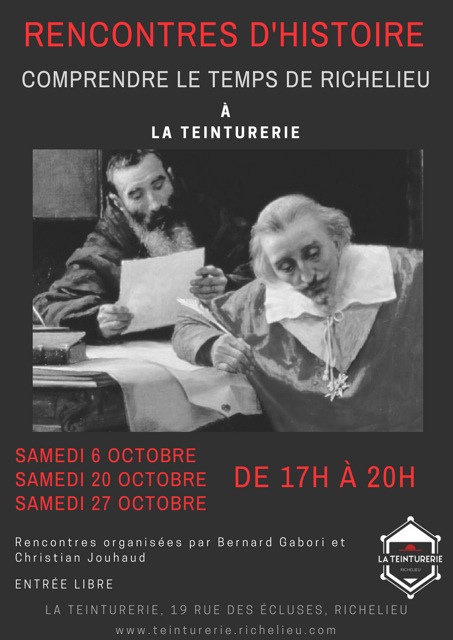 In the town of Richelieu, there is naturally a great deal of interest in the duke of Richelieu himself, the cardinal. A tribute to the founder of the Cité Idéale. The risk is always to repeat the same thing, or even always the same set of beliefs: psychological considerations on the character, clichés to describe his politics, as if we are now at the same level with this past, as if we could understand it directly from our modern categories. Richelieu worked in a particular socio-economic setting, a legal framework, a spiritual framework etc. very different from our own today, and we must look into their coherence if we want to understand their various importances. The political initiatives of the 'Men of Power', including that of cardinal duc de Richelieu himself, were contained in a network of constraints in which the policy of the State was then conceived and carried out. This is why we thought it useful to look at Richelieu's time from fresh and different points of  observation.

We propose three meetings to consider these subjects: they will not be conferences but rather exchanges in the form of presentation and documents of the time. The first of these meetings will be devoted to the framework of action (from the point of view of  the constraints of the cardinal's diverse practices, his "manner of action"); the second in the written word as a resource, and a means of action (on the one hand, the rise of a political culture of writing, on the other the actual writings produced by and especially around the cardinal). The third meeting will return to the questions raised by participants and focus on the question of the political divisions, oppositions and troubles in Richelieu's own time.