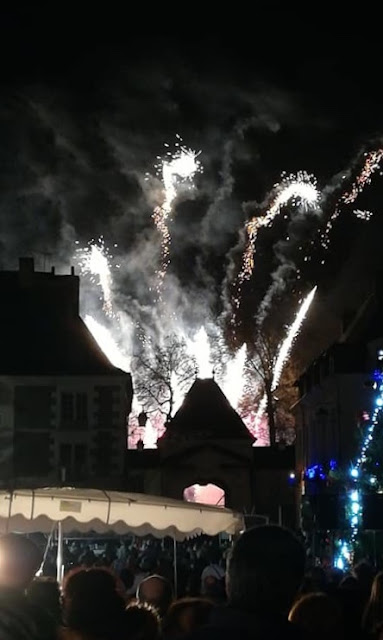 Christmas fireworks over the ducal park from the Market Square
Posted by Abbé Henri Proust at Sunday, December 08, 2019 No comments:


all credit to Claude Méry

The Cape and Rapier Festival 2018 on U-Tube

The new location of the town's Notary.

The former treasury of the town of Richelieu, where formerly local taxes were levied and paid, is now being restored and renovated as the offices of the town' s new Notary.
It is, thank goodness, one site in the place des Religieuses that is being refurbished, while many of its grand neighbours are either empty, derelict or up for sale. The northern sector of this particular building is in a state of  gross delapidation.  Its price to purchase is absurdly small, but no-one so far wants to take on the cost of restoration of the Grade 1 protected part-hôtel particulier.

The former public functions of this building have been transferred to an office in Île Bouchard, a few kilometres away. 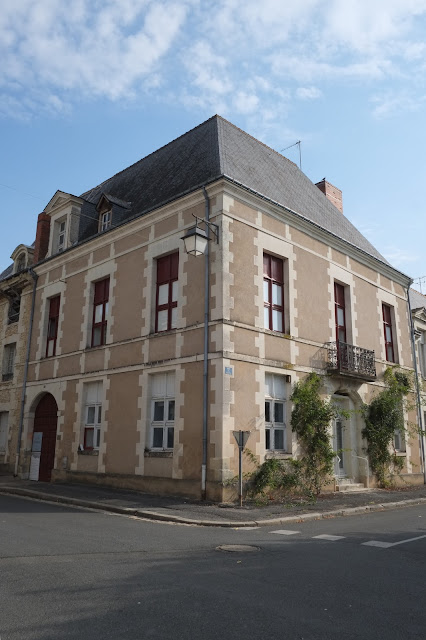 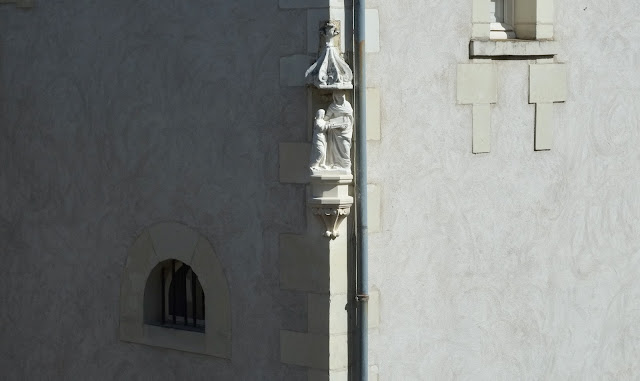 The statue has been restored, particularly the support stone that was formerly fractured and decaying.
BRAVO! 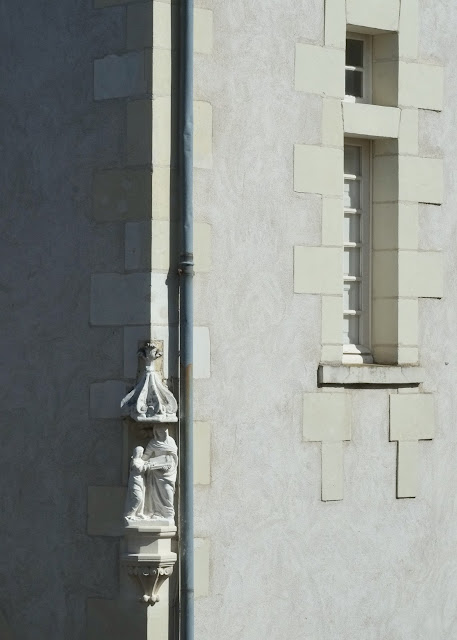 The half completed by-pass - September 2019

September 2019: The civil engineering works to complete the town's by-pass continue apace. All should be complete by the year's end. An end to the endless daily procession of huge euro-trucks that lumber noisily past the 400 year-old girdling walls of the Cité Idéale.  Two thirds of this controversial by-pass have been completed for more than a decade, so everyone is pleased that, FINALLY, the objective of protecting the historic little town from the logistics assault will shortly be achieved.

The long-standing obstruction - some problems of plant and animal habitat disturbance - have themselves apparently been 'by-passed'. 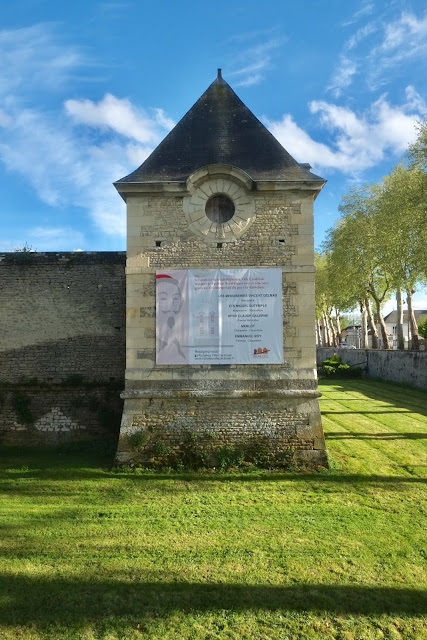 The by-pass to be completed by November

Work starts in mid-March 2019, and the project will be complete in eight months time.
Operational in November 2019.
The RED element of the by-pass, 2.7 kilometres in length, will connect the two already complete sections of SW 1.65 km (1998) and NE 1.99 km (2003).
Finally the noisy heavy trucks will pass the cité idéale at a suitable distance! 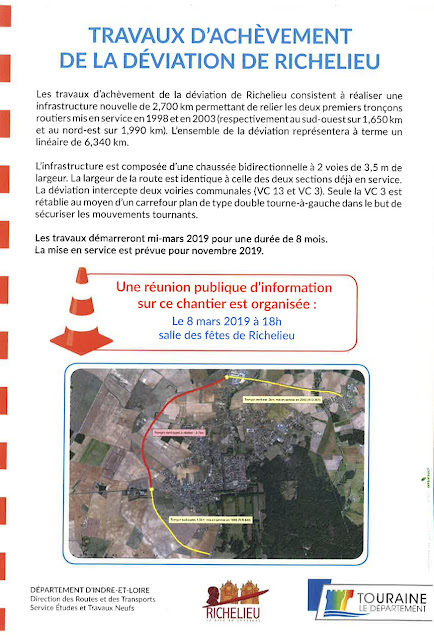 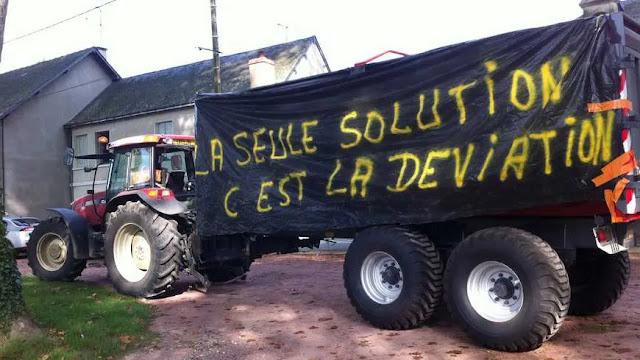 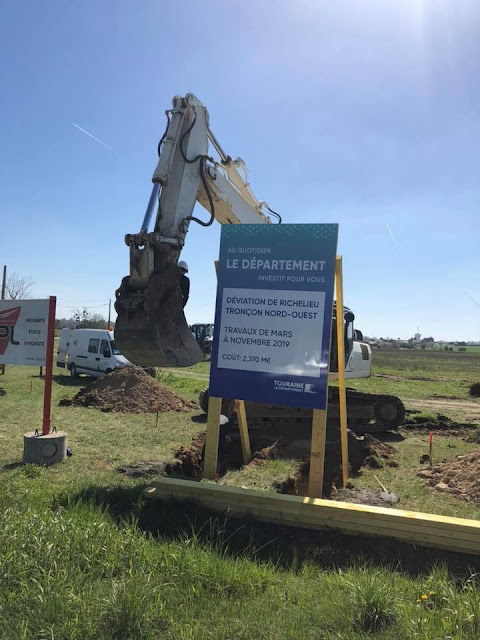 The ambition and power of Richelieu

A long lecture in French by the Parisian scholar of the cardinal duc's biography delivered on 18 November 2015.


delivered a conference at the Paris University, ILERI 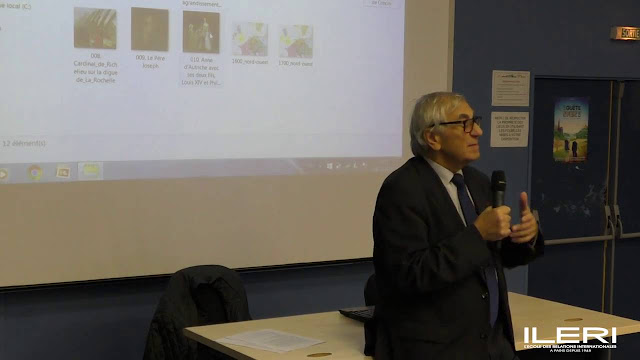 A first photograph taken by our favourite photographer
Chanel Koehl

Photos of the interiors of Cité Richelieu 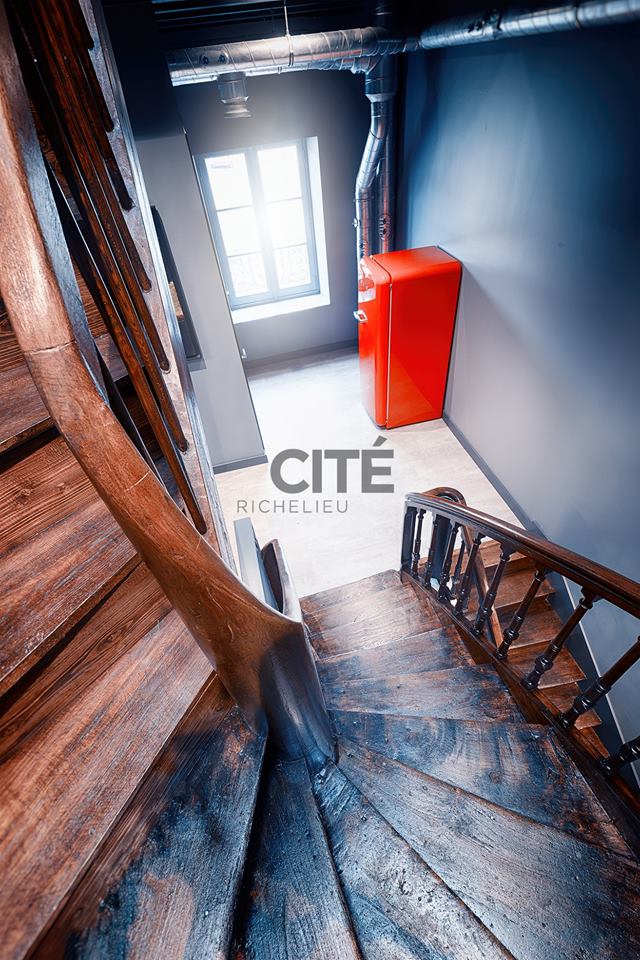 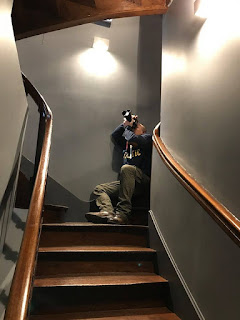 Posted by Abbé Henri Proust at Friday, January 18, 2019 No comments: 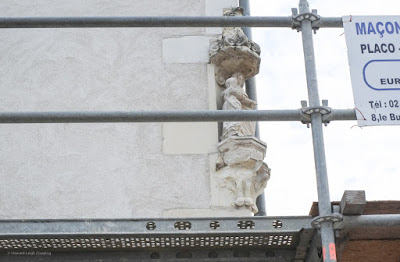 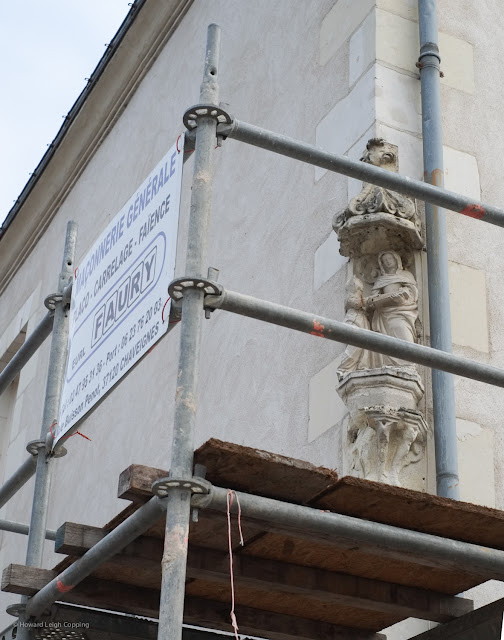 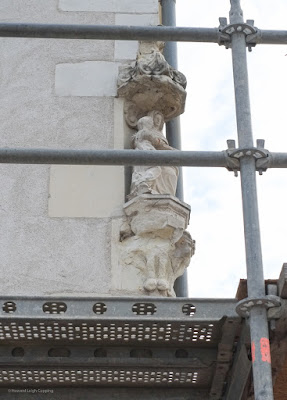 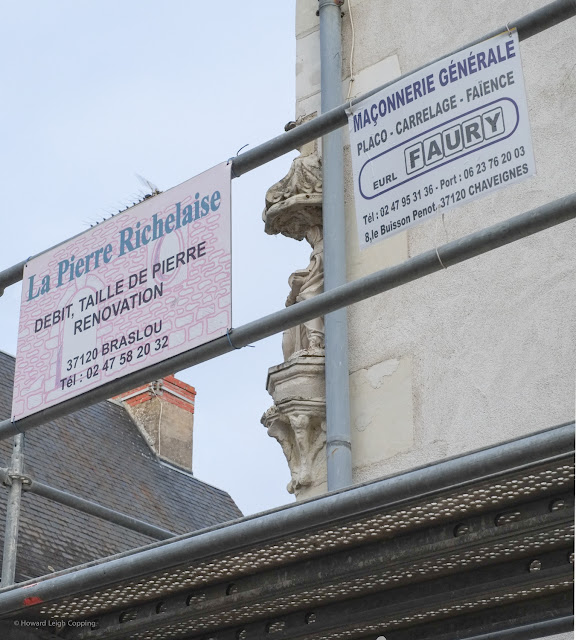 Posted by Abbé Henri Proust at Tuesday, January 15, 2019 No comments:

The young musketeer; “But where are my boots?”

Work continues on the 'Dome' as winter passes 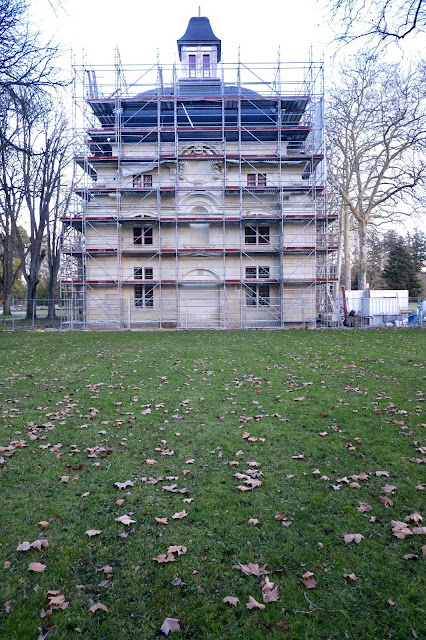