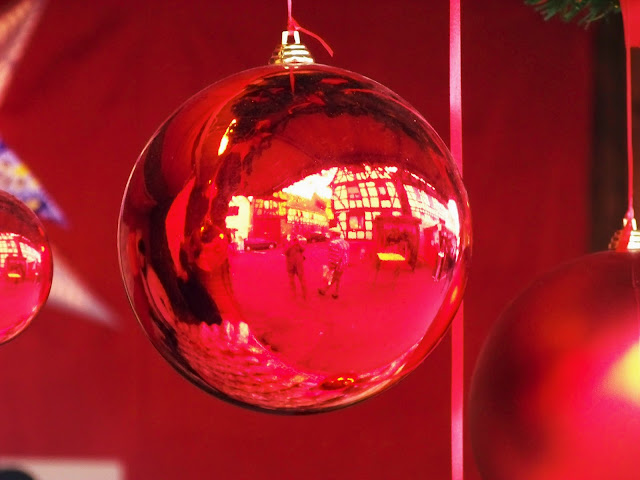 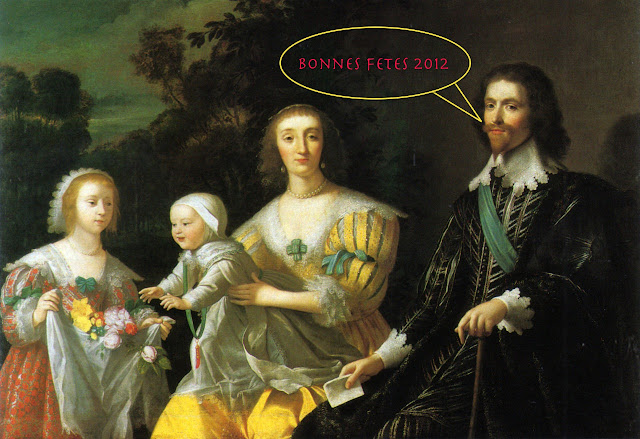 *"the prettiest man in all England" 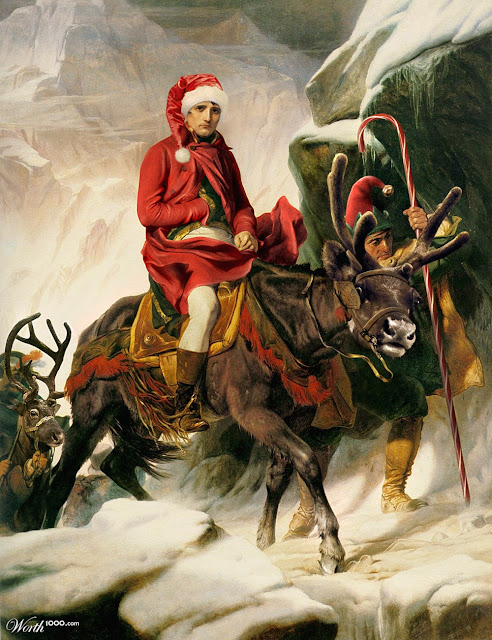 Posted by Abbé Henri Proust at Sunday, December 11, 2011 No comments:

Éminentissime Armand-Jean du Plessis, cardinal duc de Richelieu, appointed his clerical chum, Vincent de Paul, to look after the christian souls of the new inhabitants of his Ideal Town, particularly while the community established itself. As cardinal, one might well think that he might take on this task himself but he no doubt thought that his Responsibilities of State would not allow him time for such provincial pastoral responsibilities. 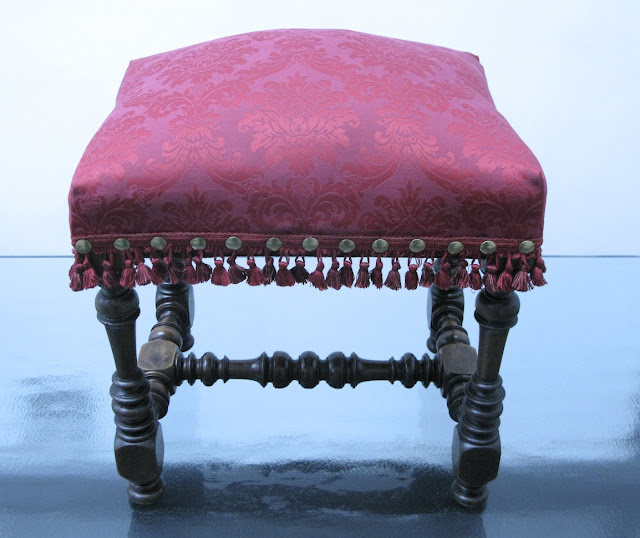 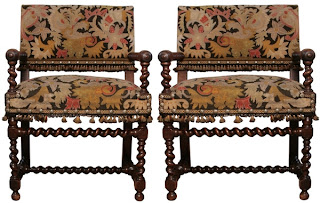 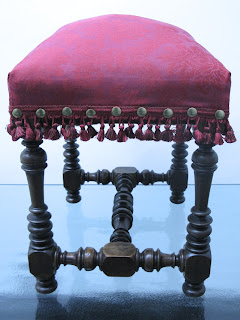 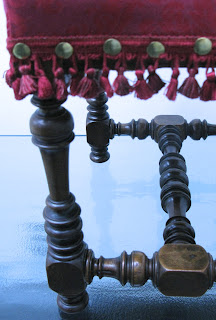 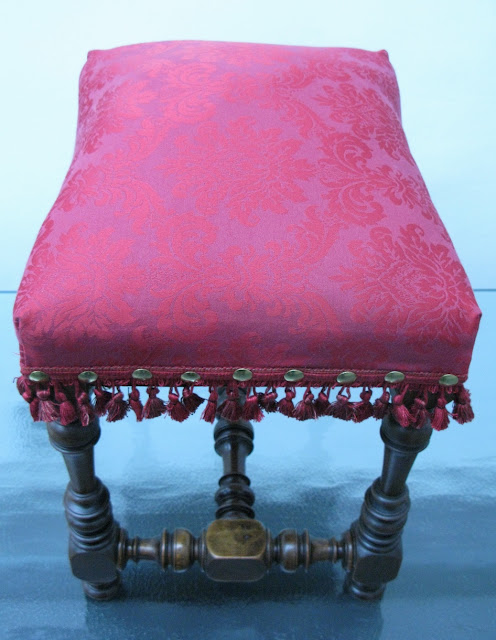 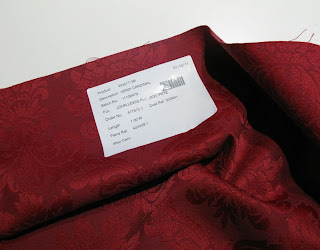 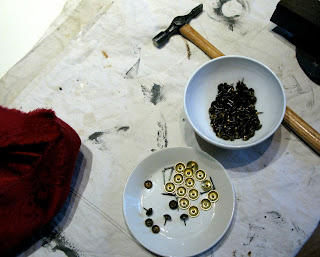 The Abbé liked having a go at upholstery; a quite high reward/effort ratio. 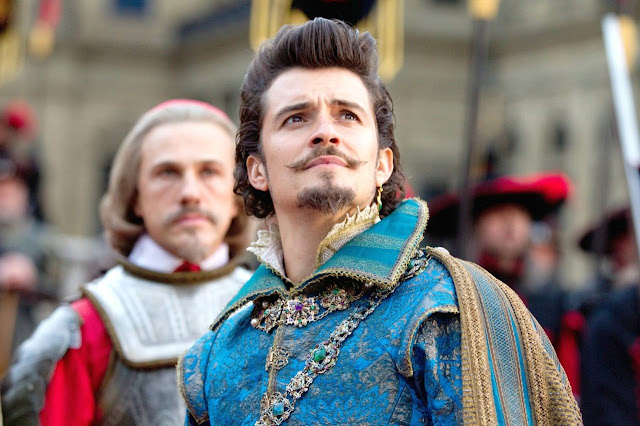 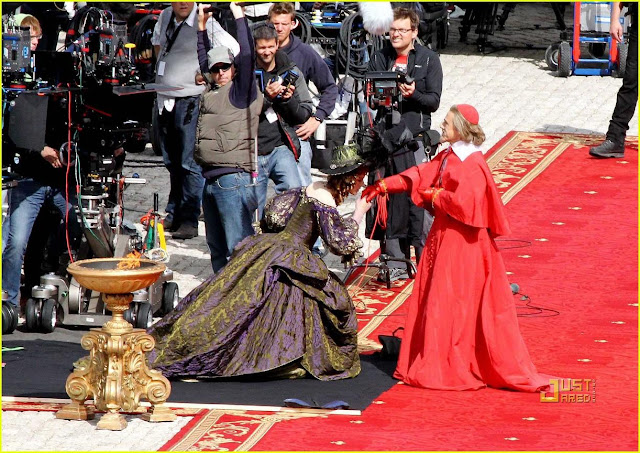 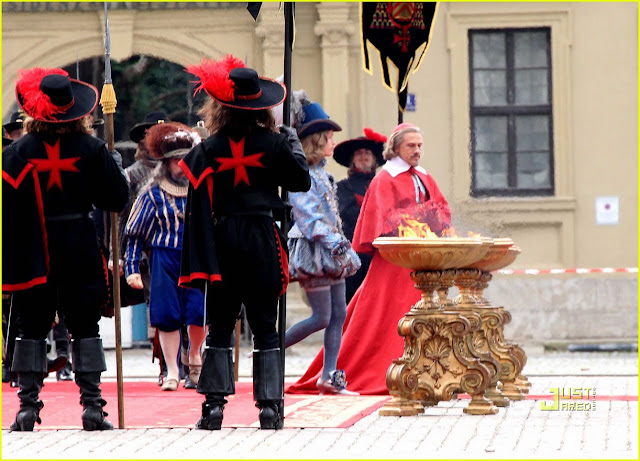 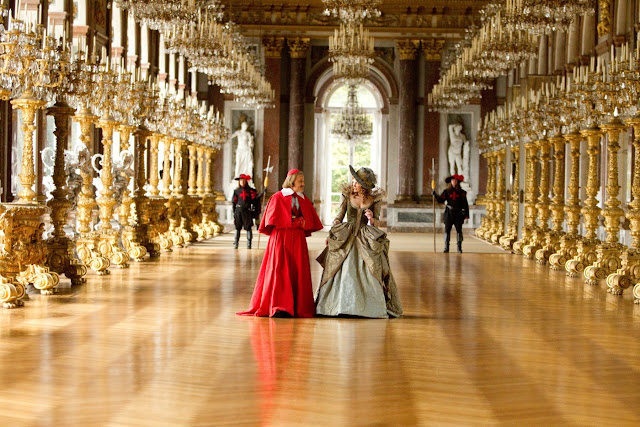 Posted by Abbé Henri Proust at Friday, November 25, 2011 No comments:


Here are update photos of four projects underway in November 2011. 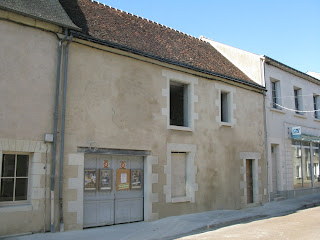 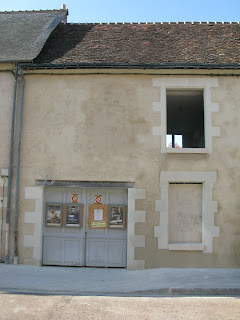 The Cinéma Majèstic redevelopment progresses and it has now re-opened for pubic use.  Unfortunately, the Abbé Henri Proust was busy with pastoral visits on the nights that had the new film of the adventures of Belgian boy-detective, TINTIN, in the new 3-D version.  The cinema has had to be updated to allow the latest in projection technology to filter down to this little town of la france profonde.
Look HERE for a link to former posts on the project A, Cinéma Majestic. 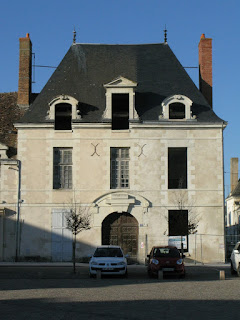 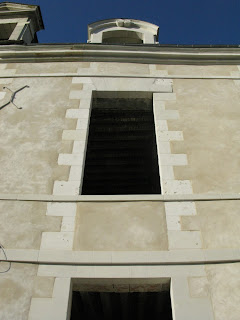 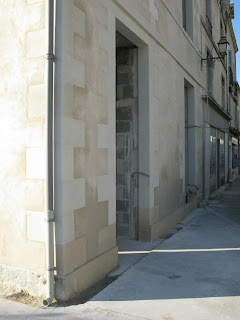 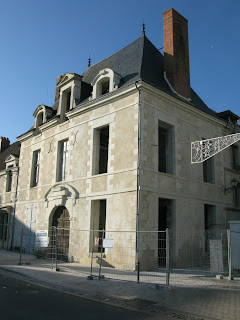 Project B
The town's tourist office is to be relocated to a building adjacent to the church, on the place du marché.  The building is one of the original hotêls particulars that until recently was known by the name of the shop formerly located on its ground floor, Le Grand Colbert. The façade has been reconstructed and refenestrated in the authentic original layout. The roof repaired and newly slated. Half of the mansion is in the ownership of a lady in Chicago, they say, but now that part too needs a scrub-up, and needs a new ground floor tenant as well.
Look HERE to see other posts on project B, Le Grand Colbert. 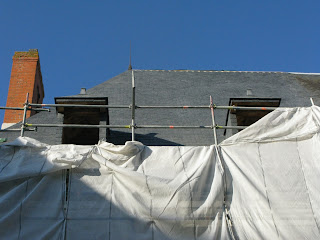 Project C
The town's hotel, le Puits Doré, is extending its property.  Although the scaffold is still in place while the faced works continue, the newly restored roof can now bee seen complete with matching lucarnes - roof lights.  As this building is fully 'listed', all the materials must be  authentic, in this case expensive roofing slates.
Click HERE to see other posts on the Puits Doré, project C. 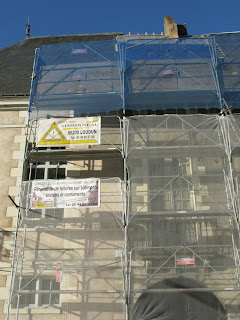 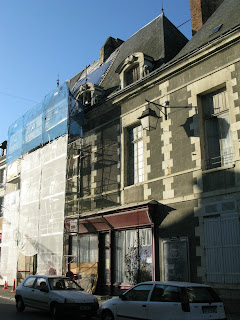 Project D
Another dilapidated hôtel particular on the Grande Rue is now under restoration, this time on the western side, above the former tourist office.  The dreadful old roof is under repair - as architects say; 'always protect from water coming down and water coming up!'

Disputatious Aquitaine ... or ... 'Where's Coeur-de-Lion when you need him?'

***
...remember that this is a French advertisement for cassoulet 'La Belle Chaurienne'! from Castelnaudary
Posted by Abbé Henri Proust at Tuesday, November 01, 2011 No comments:

Roofscape of the cardinal's mausoleum in Paris

Posted by Abbé Henri Proust at Monday, October 31, 2011 No comments:

Mousquetaires extend the security protection of the King and Queen to the Metro... 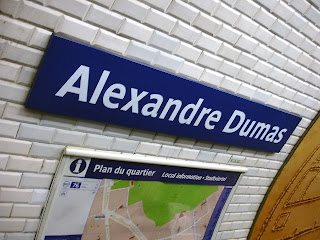 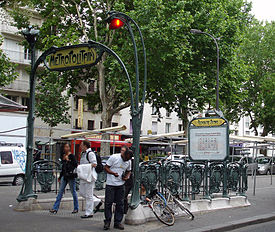 Posted by Abbé Henri Proust at Wednesday, October 26, 2011 No comments:

5:46 am from ArtefactoryLab on Vimeo. 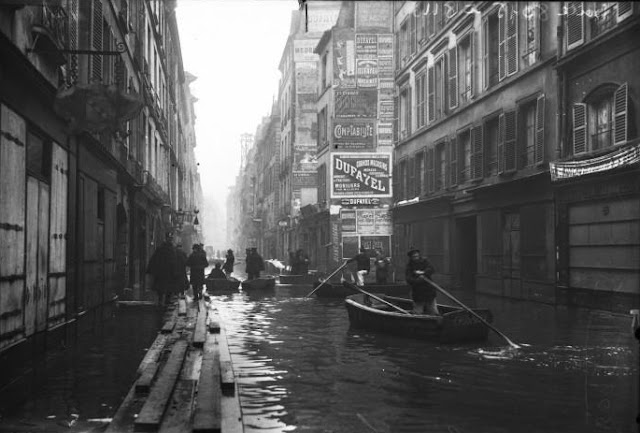 Note the three little roofless turrets on the middle of the western town wall, set between the two pointy-roofed 'pepper-pot' gatehouses.
Yes, amazingly, they are still there, all three of them.  With all the larger extensions into the moat, these three minor turrets are not so conspicuous as they were initially.  They need to be sorted out! 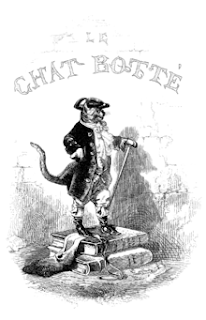 The tale opens with the third and youngest son of a miller receiving his inheritance — a CAT. At first, the youngest son laments, as the eldest brother gains the mill, and the middle brother attains the mules. The feline is no ordinary cat, however, but one who requests and receives a pair of boots. Determined to make his master's fortune, the cat bags a rabbit in the forest and presents it to the king as a gift from his master, the fictional Marquis of Carabas. The cat continues making gifts of game to the king for several months.

One day, knowing the king and his daughter are traveling by coach along the riverside, the cat persuades his master to remove his clothes and enter the river. The cat disposes of his master's clothing beneath a rock. As the royal coach nears, the cat begins calling for help in great distress, and, when the king stops to investigate, the cat tells him that his master, the Marquis, has been bathing in the river and robbed of his clothing. The king has the young man brought from the river, dressed in a splendid suit of clothes, and seated in the coach with his daughter, who falls in love with him at once.

The cat hurries ahead of the coach, ordering the country folk along the road to tell the king that the land belongs to the "Marquis of Carabas", saying that if they do not he will cut them into mincemeat. The cat then happens upon a castle inhabited by an ogre who is capable of transforming himself into a number of creatures. The ogre displays his ability by changing into a lion, frightening the cat, who then tricks the ogre into changing into a mouse. Once that change is complete, the cat pounces upon the mouse and devours it. The king arrives at the castle which formerly belonged to the ogre, and, impressed with the bogus Marquis and his estate, gives the lad the princess in marriage. Thereafter, the cat enjoys life as a great lord who runs after mice only for his own amusement.

The tale is followed immediately by two morals:

"one stresses the importance of possessing industrie and savoir faire while the other extols the virtues of dress, countenance, and youth to win the heart of a princess."

Le Carabas is one of the names of the wines made by François Plouzeau in a vineyard, La Garrelière, not far from the cardinal duc's Ideal Town of Richelieu, above the village of Razines.  While glugging a few glasses of François' white delight, Henri Proust was puzzled by its name: CARABAS.
Above, we publish the back-story of this top tipple.

Posted by Abbé Henri Proust at Monday, October 03, 2011 No comments: