Charleville-Mézières, another Ideal Town, built in 1606 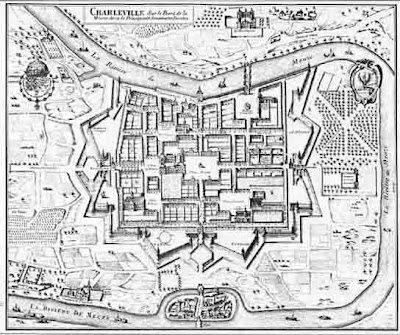 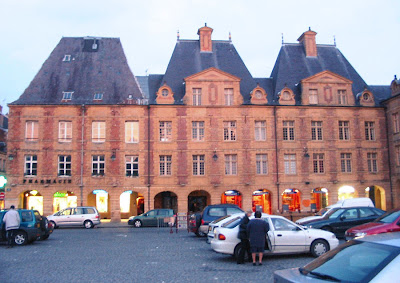 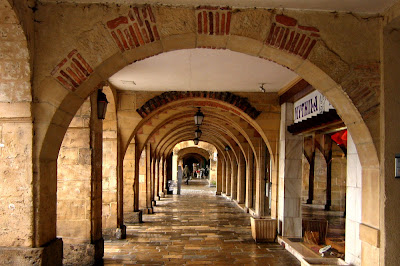 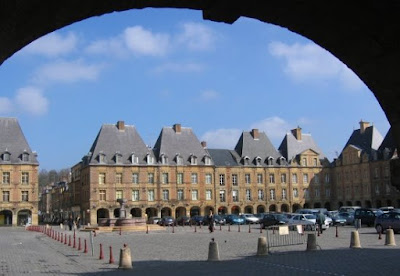 Charleville is located close to the Belgian border in the Ardennes, not far from Sedan and Rocroi, famous battlefields of Cardinal de Richelieu's foreign politics.
The town was founded in 1606 by Charles of Gonzaga, Governor of Champagne and nephew of the king Henri IV, who precedes the king of the Cardinal de Richelieu era, Louis XIII.  The town was laid out on a grid plan around the central place Ducale with a rampart wall pierced by four gates.
Henri IV, a very charismatic and heroic monarch who came from Navarre and allied that crown to the crown of France, is remembered as the monarch who finally calmed the nation after the Wars of Religion of the sixteenth century and the horrendous massacre of protestants in Paris, the 'St Bartholomew's Day Massacre', by recanting his Hugenot protestant beliefs and becoming again a Roman Catholic.  He was finally assassinated by Ravillac, leaving his son, the young Louis XIII, to succeed under the regency of his frightful Italian wife Marie de Médicis.
The place ducale shows arcades that remind one of the famous place des Vosges in Paris, also built under Henri IV.  At Richelieu, these characteristic arcades were not used on the private mansions of the Grande Rue as the town's arcaded shops were located on the two squares, as they remain generally to this day.
Posted by Abbé Henri Proust at Wednesday, April 09, 2008