A Saturday mass for Saint Hubert 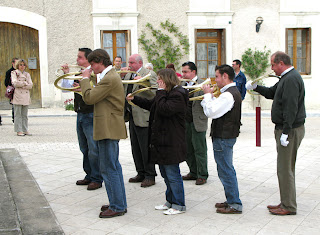 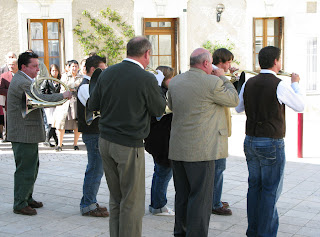 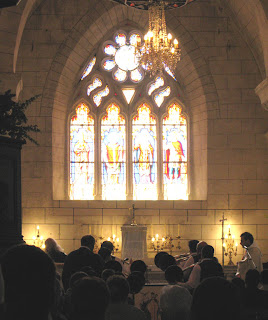 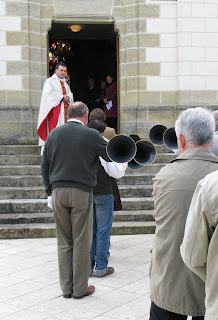 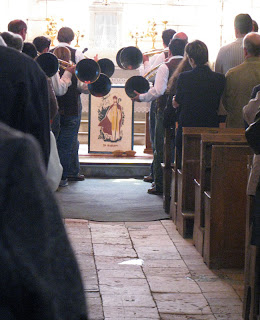 On Saturday 18 April 2009, the little church of Saint Martin de Rilly, a few kilometres from the cité idèale of Richelieu, held a hunter's mass at which the local trompes de chasse played the service's music and the image of Saint Hubert, patron saint of hunters, was paraded.  The young curé more-or-less succeeded in incorporating the slaying of wild beasts into the Christian homily, although he asserted that he himself was no hunter of little creatures.

The ritual showed how innocent ancient rural traditions live on in la france profonde, without being a part of some modern touristic construct, as are the more grandiose events of venery at the château de Chambord, not so far away.