The renovations start at 16 Grande Rue (1) 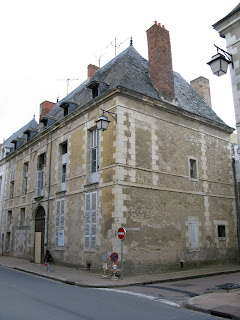 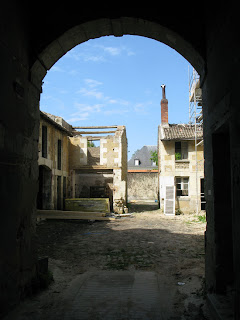 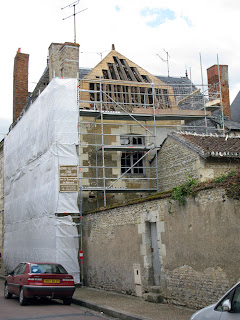 The next Grande Rue hôtel particulier of the original set of 28 identical mansions that is to be restored is number 16, on the western side of Grande Rue, flanking rue Traversière, the median street.  (see the new Google map for its location). As one can see in the three overall pictures of this building above, it was in an almost derelict state, and was a rather upsetting prospect to interested passers-by visiting the town.
It has now been emptied and stripped back to what remains of the original buildings.  The original staircase the the main building is missing in its entirety, although the workmen say there is a fine staircase in the dépendance (extension) on rue Traversière.  The house's interior is skeletonised at present and one can see the three main fireplaces of the old building, one above the other. The beamage of primary beams (les poutres) and secondary joists (les solives) is clearly visible. Originally there were little hand cut tertiary joists between the solives that supported a floor made of lime, straw and soil that might support either tiles or 'floating' oak plank floors.
Intermediate 'mezzanine' floors inserted into the generous classical floor heights over the years have been removed.
This particular house's site was purchased originally for a M. Francois Le Coeur, procureur du duché-pairie de Richelieu but was passed back to chancellor Séguier in 1634 who arranged that another (now unknown) actually build the mansion. As usual, it was constructed by developer Jean Barbet to the cardinal's authorised plan and cost the sum of £T10,000 (livres tournois). 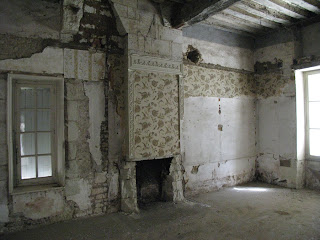 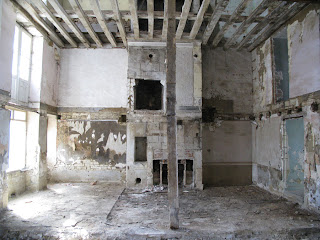 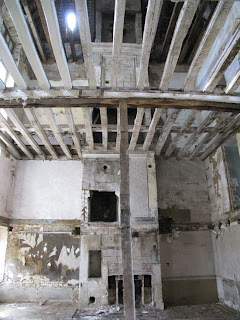 Behind the main house each plot was allowed to develop in its own way within a rather more flexible specification.  And these extensions were added to over the succeeding 400 years (surprise!).  This particular house has a rather elegant set of dépendances although it is hard to say which are from the seventeenth century or from later periods. 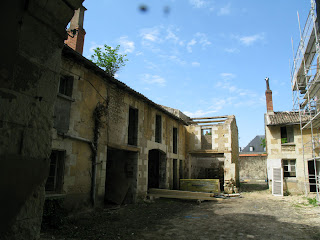