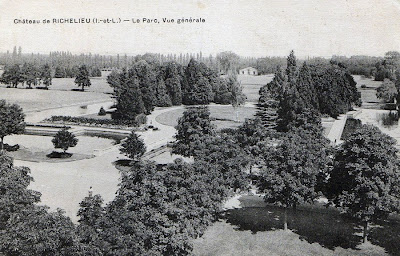 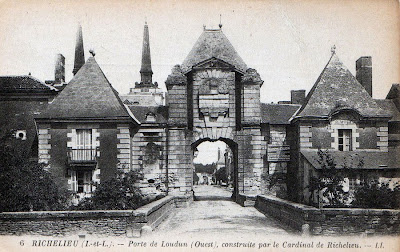 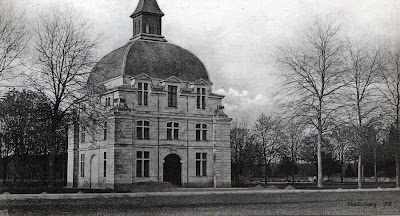 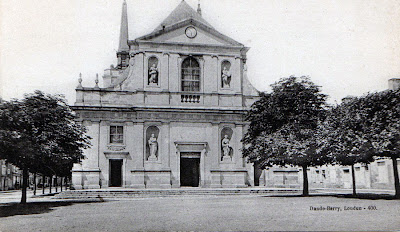 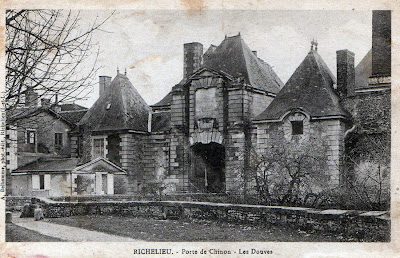 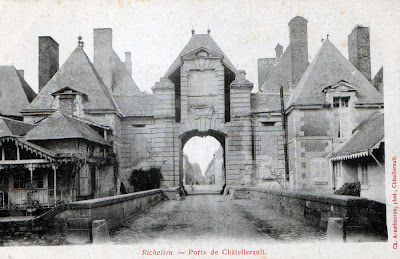 Chums of Abbé Henri Proust, Claire et Nick,  have supplied these postcards that show the town in the early part of the 20th century.  They make the town look pretty crumbly, don't you think?
The most fascinating is the overview of the much 'younger' parc.  The version of the parc that we know today was mostly the work of the Heine family, as much as that of the first dukes of Richelieu, already long gone in the 1870s.
The absence of today's central rose-garden on the courtyard of the old château gives a rather pleasing open space at the absolute centre of M. Lemercier's composition for the cardinal. Rather as with the old layout of the place du Marché; our 19th century grand-fathers couldn't resist plopping something down in the centre of an open space!
Posted by Abbé Henri Proust at Friday, May 15, 2009