the priory of Saint-Léonard, L'Île Bouchard 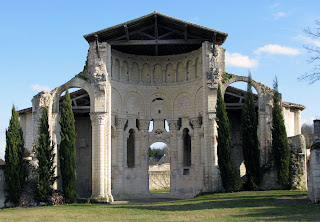 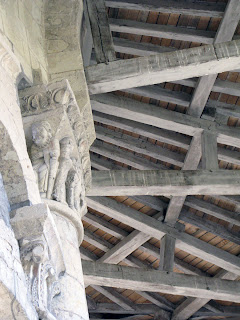 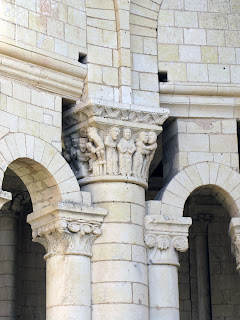 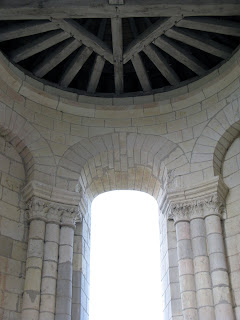 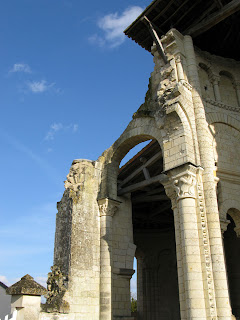 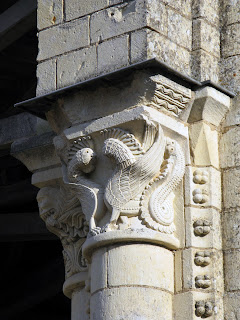 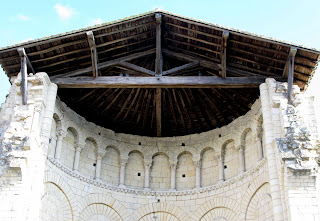 The town of Richelieu was constructed from 1632. The neighbouring mediaeval towns were of course much older, and their foundations are lost in the mists of time. Chinon,  once capital of the Plantagenet empire of Aquitaine/France/Britain, and the story of la Poucelle, Joan of Arc;  Loudun, notorious for its witchcraft trials and burnings in the 1600s, and 'innocent' murderer Marie Besnard 'l'empoisonneuse' of the 1940s; and for this particular subject, L'Île Bouchard, a small town straddling the Vienne river - an obviously important strategic location - with a defensible island in the middle of the wide river, formerly the location of the castle of the Lord of Bouchard. The castle was finally demolished (with so many other fortifications) on the orders of their local neighbour, Cardinal Duc de Richelieu.
Le Prieuré de Saint Léonard was set up in the 1100s by the Lord of Bouchard as part of a dowry agreement for the marriage of his daughter.  It prospered right up to the Revolution but was finally torn down in the 1790s.  But the revolutionaries were loth to destroy the altar and semicircular apse of the priory, which stand to this day.  It has been carefully preserved as a National (rather than Regional) monument because of the astonishing capital carvings that recount the life of Christ in primitive sculpture.  It is in Romanesque style and dates from the era of the Norman conquest of England.  Today it has a little park around it and is very picturesque, as you can see in the views.
Posted by Abbé Henri Proust at Thursday, March 26, 2009