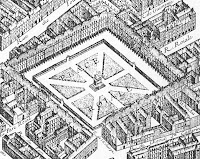 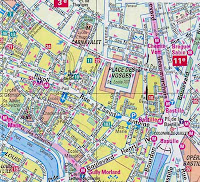 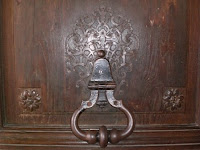 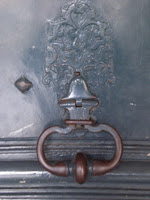 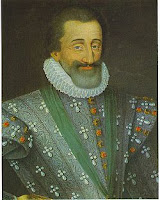 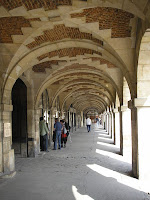 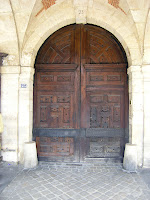 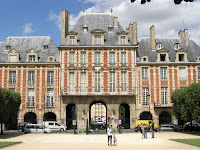 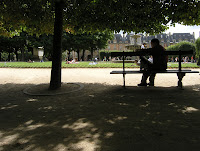 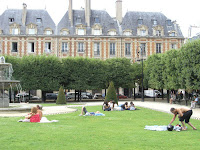 Lusty King Henri IV of France and Navarre 1589-1610 - nicknamed le Vert Gallant - father of Richelieu's king Louis XIII, finally brought to an end the long and bloody 16th century 'wars of religion' in France. His 21-year reign is still today seen as a sort of 'Golden Age'. He was assassinated in 1610 by a fanatic catholic called François Ravillac, opening the way to the throne for his then-young elder son, Louis XIII.
Henri was interested in building and among his great remaining monuments in Paris is the place des Vosges, originally the place Royale, built in the years 1605-1612 to façade designs by Baptiste du Cerceau. The place is still entirely complete after nearly 400 hundred years (or 16 generations!); many contend Paris' first 'square' remains the most beautiful piece of urban design in Paris. It is located in the district called the Marais (the marshes) which largely escaped the Baron v. Haussmann 'improvements' of the 19th century. The cardinal de Richelieu lived in the square at number 21 (the carriage doors illustrated are from number 23) from 1615 till 1621, when he was raised to the office of the King's first minister and moved ultimately to his grand town house, the Palais Cardinal. It was he who arranged that an equestrian statue of Louis XIII be at the centre. The square was originally quite empty, and the current bosky limetree plantings are of a later aesthetic, however charming and appropriate they may seem to our day.
Richelieu's own eponymous Ideal Town in Touraine was built about twenty years later than the place Royale. There are many similarities and a few differences. The provinces; the metropolis. A curious example of close similarity is to be found with the carriage gates of the hotels particuliers (mansions) which seem to be stylistically identical to those in the cité idéale, and also a smaller but favourite theme, the 17th century ironwork door knockers in 'Louis XIII' style.
Posted by Abbé Henri Proust at Friday, October 31, 2008