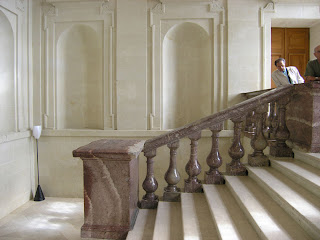 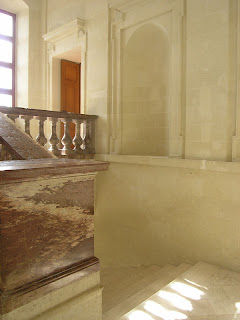 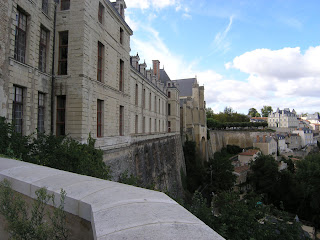 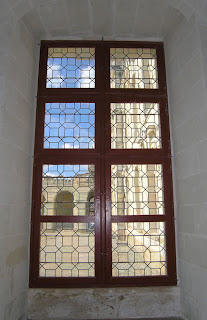 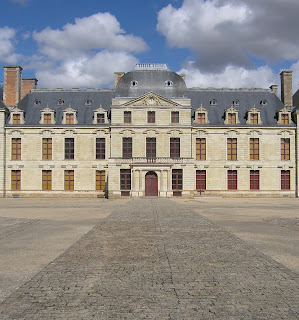 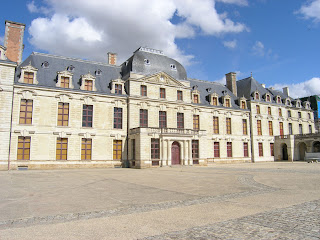 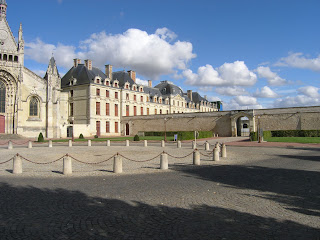 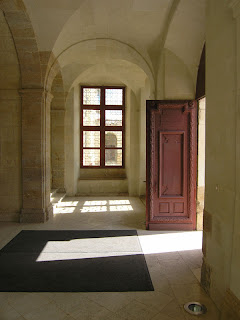 As the château de Richelieu was demolished in the 1830's, many have tried to speculate what it was actually like.
One way is to create a computer model of the building and to look at it in a multi-media way. This has been done and the results can be seen in stereo at No.28 Grande Rue, Richelieu, or by looking at these web-sites that have video clips of the project.
(Video 1) - (Video 2) - (Video 3)
Another is to look at the very extensive contemporary graphic coverage of the buildings.
(Engravings)
A third way is to go and look at buildings that still exist today that were built by the same building team.
Duke and Peer Henri de La Trémoille married Marie de La Tour d'Auvergne in 1619. Both aristocrats were initially Hugenots. As Richelieu rose to power and sought to reduce the power of widespread protestantism, the Duke revoked his calvinism and established himself afresh in Louis XIII's catholic court in Paris. (Was he following the political pragmatism of king Henri IV)? His wife however remained non-catholic and never went again to Court.
After a small improvement made to the mediaeval castle on the precipitous site in Thouars, the Duke and Duchess decided to entirely rebuild the castle, and used the king's (and Richelieu's) architect Jacques Lemercier and many members of the team from the recently completed Château de Richelieu. Thouars is about 50 kilometers to the west of Richelieu, in the department of Deux-Sèvres.
Thouars castle remains intact, having had many uses in the meantime; today being a secondary school and college. A restoration project has been underway for the last 15 years and still continues. The building, while of a different plan format as a consequence of its site, seems to be a close cousin of the building in Richelieu, although the style is much more severe as a result of the family's protestant inclinations. In comparison, the decoration is very subdued and extensive statuary, the result of Counter-Reformation Italianate influence emphasised by the Cardinal as part of his greater political project, almost entirely absent.
Posted by Abbé Henri Proust at Monday, October 06, 2008