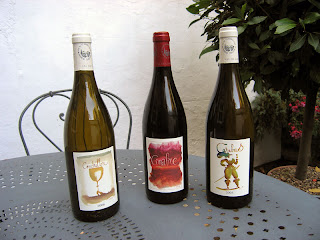 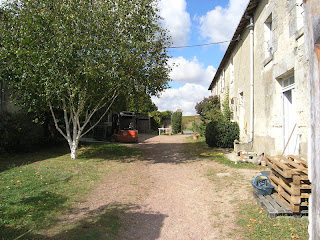 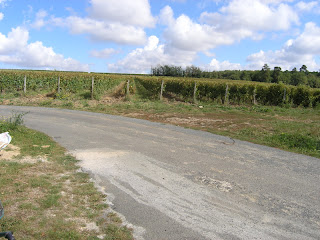 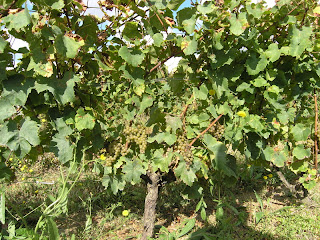 The vineyard of the 2nd Duke of Richelieu, grand-son of the Cardinal-Duke's niece.
A Touraine appellation 'biodynamic' vineyard created by Pascale and François Plouzeau
Alone on a hilltop in the southern reaches of the Touraine appellation, outside of the town of Richelieu, resides the small, carefully-managed Domaine de la Garrelière. During Cardinal Richelieu's heyday in the 1630s, vineyards on this hilltop supplied his court with wine. In the late 19th century, these vineyards were several times larger than they are today, but were abandoned when phylloxera hit. It wasn't until the early 1970s when Pascale and François Plouzeau founded Domaine de la Garrelière that this historic viticulture was resurrected. Today this 20-hectare (50 acres) domaine is farmed entirely biodynamically, a pro-active form of organic farming. François is a modest yet passionate man and his wines reflect this. He often waits until October to harvest for optimal ripeness and he picks at rigorously low yields (40-45 hectoliters per hectare in an appellation where the norm is over 60), ensuring that both ripeness and minerality are captured in the bottle. Moreover, he works well with lees, with the result that his wines have very fine length and spice in the finish.
François makes a classique line of Sauvignon, Gamay, and Cabernet Franc—delicious wines all, marked by striking freshness and purity. His luxury cuvées are Cendrillon (Cinderella), comprised of Sauvignon Blanc from tank and a dollop of Chardonnay from barrel; Carabas, a barrel-aged blend of 80% Chenin and 20% Chardonnay; and Cinabre, 100% Cabernet Franc aged 14 months in two to three-year-old barriques and bottled without filtration.
Cendrillon was singled out as the best white wine of the Touraine appellation for vintage 2001 (now there's an accolade!) by La Revue de Vin de France, France's leading wine magazine. And critic Jacqueline Friedrich put Garrelière among her top ten emerging Loire stars profiled in the March, 2001 issue of the English magazine Decanter. Quite simply, Garrelière makes some of the best price/quality wines in the Loire Valley and they are only getting better.
The web-site of the Plouzeau family.
The Domaine de la Garrelière site.
Posted by Abbé Henri Proust at Monday, September 24, 2007