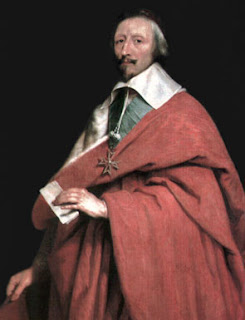 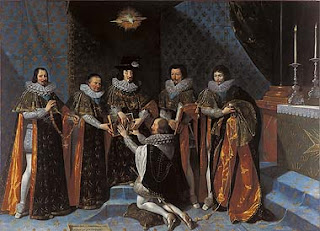 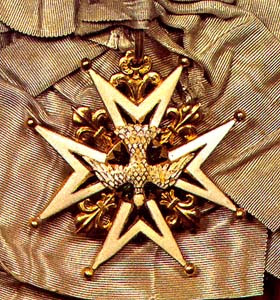 The origin of the name of the school comes from l'ordre des Chevaliers du Saint-Esprit, an élite group of French knights that was created in 1578 by King Henri III. Each member was awarded the Cross of the Holy Spirit, which hung from a wide blue ribbon. The Cardinal de Richelieu always seems to sport the blue ribbon and cross in his official portraits. It had also been awarded to the Cardinals father by Henri IV.
According to one story, the chivalric order became known for their extravagant and luxurious banquets, known as "cordon bleu." While these dinners ended with the French Revolution, the name remained synonymous with excellent cooking. Another theory has it simply that the blue ribbon became synonymous with excellence, and this was later applied to other fields such as cooking.

The name was adopted by the French culinary magazine, La Cuisinière Cordon Bleu, founded by Marthe Distel in the early 19th century. The magazine began offering special lessons by some of the best chefs in France. This eventually grew to become a cooking school that opened in Paris in 1895 and quickly became one of the most elite cooking schools in the world. 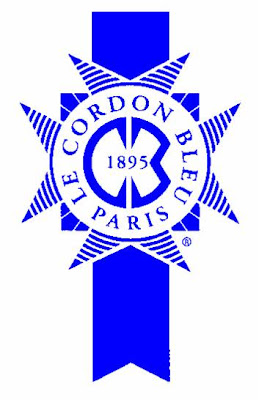