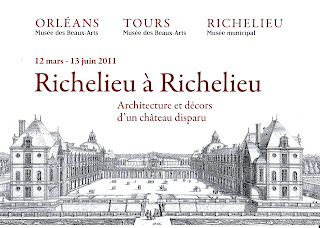 The exhibition Richelieu à Richelieu runs from mid-March 2011 until 13 June 2011.
ONE MONTH TO GO!
Its subject is an investigation into the remains and general history of the now-disappeared château de Richelieu, originally a grand palace beyond contemporary compare.  Interiors, gardens, art collections, painting, sculptures.  Many of the artefacts created or assembled in the château by the cardinal-duke were dispersed, firstly by the chaos of the revolution of 1789, and then by the progressive destruction of the building itself in the 1830s, as the family could no longer retain control of the ducal properties even after the restitutions of the post-Napoleonic era.
Many of these art objects grace the great art collections of the world.
Richelieu à Richelieu is being held simultaneously at three locations:
1   The Musée des Beaux-Arts in Orléans, located next to the cathédrale Sainte-Croix, right in the centre of the famous town of Orléans
2   The Musée des Beaux-Arts in Tours, located in the city's former episcopal palace, next to St. Gatien, the cathedral.
3   The Musée Municipal on the place du Marché in the little model town of Richelieu.
See the locations on the map on the right hand side of this blog
Today we examine the third part of this exhibition located in Richelieu, which is held in the former Auditoire of the cité idéale of the cardinal-duke, now used as the Town Hall.  There has been a small museum of matters concerning the cardinal for many years, but now this has been entirely refitted and accommodates, on a permanent basis, six of the 'battle canvases' of the set of twenty which were originally the centre-piece of the works of art in the château's Grande Galerie.  Six more of these canvases are on exhibition in Orléans, reviewed above. Eight are now lost, somewhere in the cellars of Versailles.
This new museum, complete with its awesome artworks, now complements the Éspace Richelieu at 28 Grande Rue.  So the 'most beautiful village in the universe', to quote La Fontaine, sports a good set of facilities for the curious visitor.  Remember that the 'town' of Richelieu only has 2000 inhabitants in the latest census, and these touristic and cultural facilities are expensive for such a small commune. 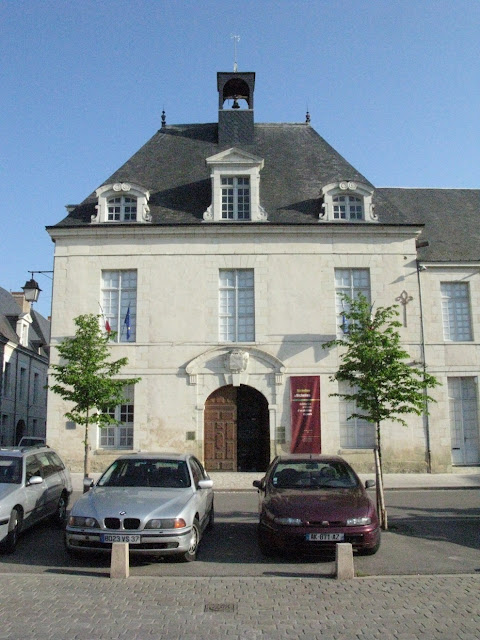 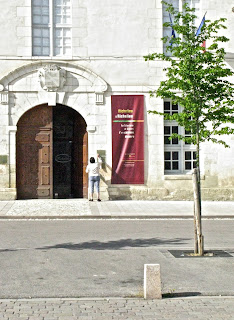 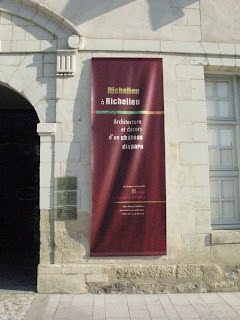 In this newly reorganised layout, pride of place is given to a sort of recreation of the Grand Galerie, which occupied the left hand (N) wing of the castle's piano nobile - first floor-.  In all there were twenty battle pictures, ten each side, hung between each window, recounting in graphic terms the grandest military events of Louis XIII and his first minister, the cardinal-duke.  Originally each battle was linked vertically to pictures of equivalent Roman battles and their relevant heros and gods. 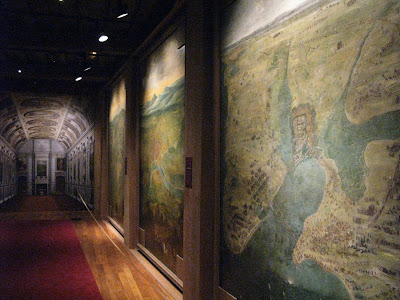 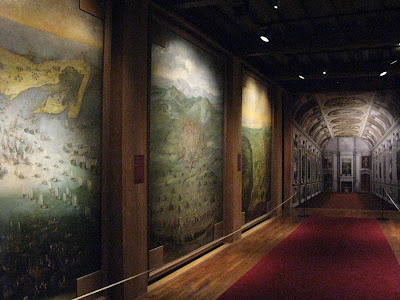 ***
Below we list the six canvases with a title for each. 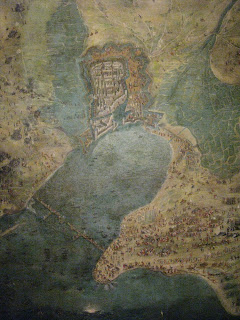 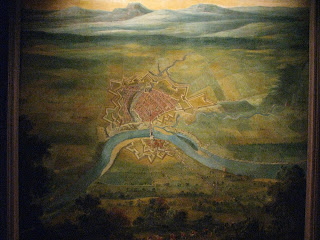 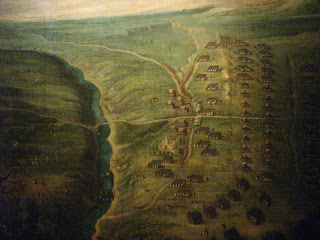 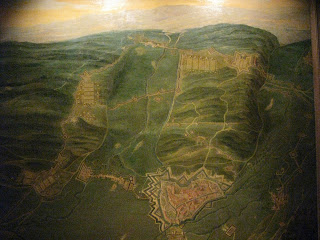 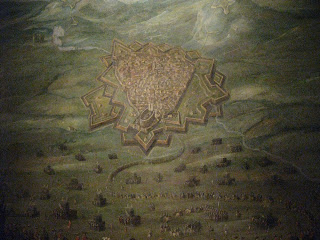 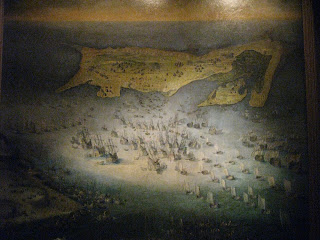 The rescue of the Ile de Ré - 1627-28
Plucked from these pictures are details of the King and the cardinal himself.  Richelieu had trained as a soldier before he became the Bishop of Lucon by family inheritance, so he was at home in the saddle and in warrior adventures, while still wearing the cardinal's red costume (and socks?). 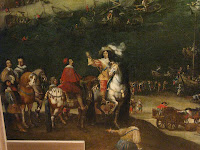 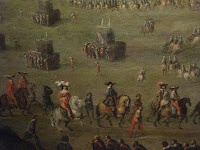 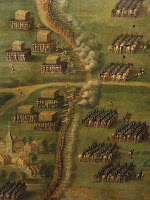 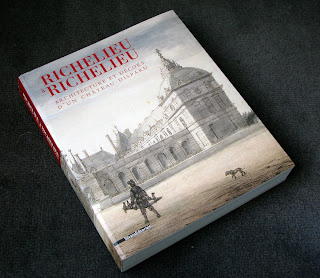 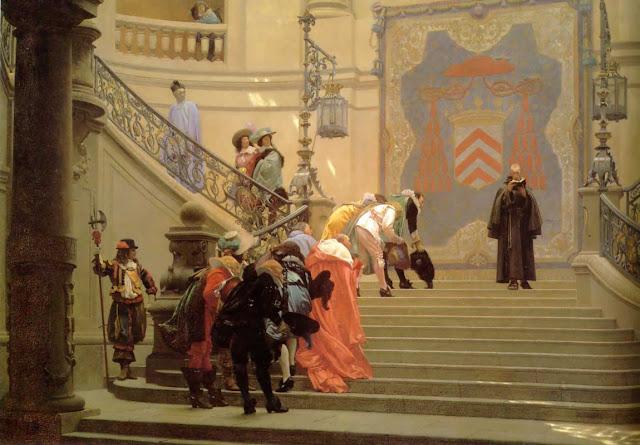 The 'eminence grise', François Leclerc de Tremblaye, in the Palais Cardinal
painted by Jean-Léon Gérôme
***
Posted by Abbé Henri Proust at Wednesday, May 11, 2011