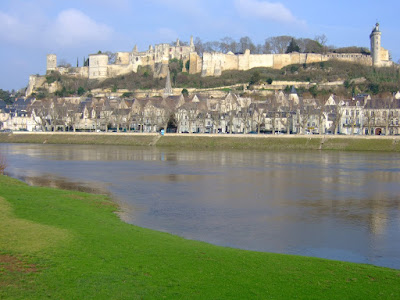 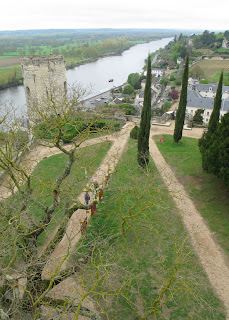 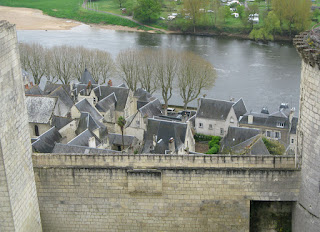 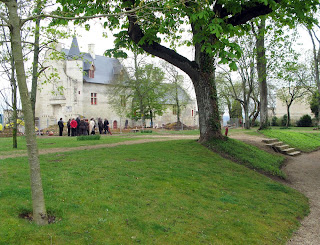 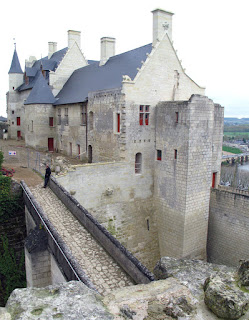 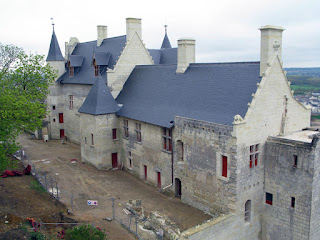 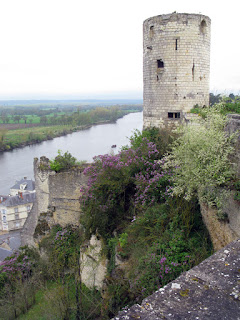 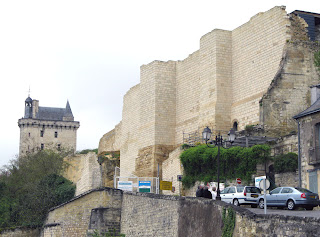 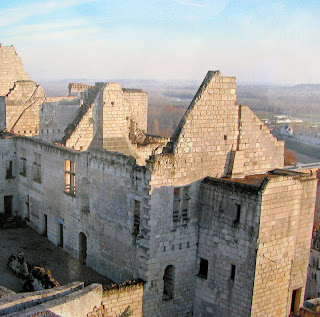 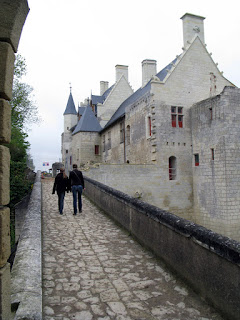 Very extensive restoration works are underway at the mediaeval fortress of Chinon.  This wonderful fighting castle has been neglected over the years (since 1300!) and the conseil général of Indre-et-Loire has decided to enhance it by bringing it back to the state in which it was about 200 years ago.  Already a ruin, the last usable rooms were in the centre module of the castle - the so-called Royal Apartments.  In the last couple of hundred years they had  lost their roofs and become picturesque ruins (see the 'before' picture).
Monuments de France under the direction of chief architect for la region Centre, Arnaud de Saint-Jouan and his team have brought the old shell of these apartments back up to roof level, re-roofed and slated, installed new windows and generally made the wonderful structures live again.
The dilemmas of what to do with very old historic structures has been a subject of aesthetic debate across the channel for many years.  The cultural battle was fought out in the nineteenth century between the architectural theorist and restorer, Eugène Viollet-le-Duc (who for example recreated the mediaeval city of Carcassone) and Prosper Merimée for the frogs, and William Morris and his organisation S.P.A.B. for the rosbifs.  The French dream of turning the clock back (as for example here in Chinon), while the Brits love the sepia gauze of crumbly sentimentality.  One side accuses the other of 'over-restoration'; the other of 'under-restoration'.
Posted by Abbé Henri Proust at Monday, June 08, 2009