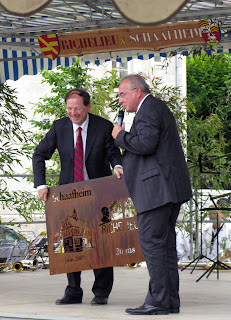 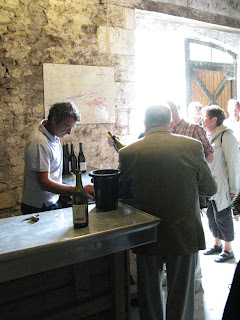 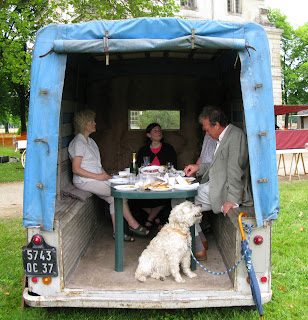 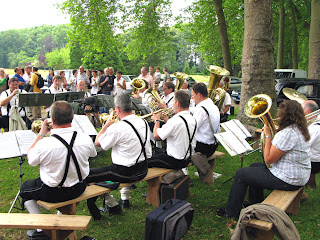 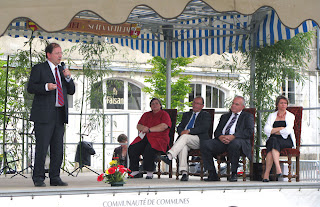 The 20th year's festivities of the twinning of the towns of Richelieu and Schaafheim were held over the weekend of the 13-14 June 2009.  Schaafheim is a small town in Germany located a few miles from Frankfurt.

You can read the back story of the twinning HERE.

About 80 people came from Germany by bus and were hosted by various families from the town of Richelieu. Speeches were made; dinner was eaten in the market hall; concerts were sung; picnics were had; wineries and vineyards were visited.

The Schaafheim town band played for the gatherings.

M. le Maire/secrétaire d'État Hervé Novelli presented a rusting 'Cor-ten' laser-cut panel to the Burgermeister of Schaafheim, Reinhold Hehmann, to mount in the Rathaus back home.

Everyone now awaits the away fixture of 2010!