Vignola, Lemercier and Jesuit church architecture of the counter-reformation

The counter-reformation was at its height during the period of the construction of the Ideal City of Richelieu. Since the re-conversion from protestantism of Henri IV in 1593, the end of the French 'Wars of Religion' of the sixteenth century and the consequent founding of the new Bourbon dynasty, Roman catholicism had come to dominate the religious aspect of the French state. The mother of Louis XIII, Maria di Medici (Italian) and his wife Anne of Austria (Spanish) were both very pious, and often supported the then-dominant catholic power of Spain. The Jesuits, an order founded by the Spaniard, Ignatius of Loyola, became the favourite religious order of the Pope to reconvert the catholics of Europe after the influences of Luther and Calvin.

Architect Giacomo Barozzi da Vignola designed the mother church of the Jesuits in Rome, Il Gesù, in 1568-75. Liturgically the Jesuits had new requirements in the layout of churches as amongst other things they were no longer required to say and sing the Daily Offices; indeed music's influence on the liturgy was reduced generally. Vignola's seminal design omitted the space for the choir and for any screen in front of the altar, now to be located in a shallow apse. A pulpit for preaching was introduced and a stone vaulted ceiling favoured for the acoustics of the spoken word.

Vignola's Jesuit church in Rome was called Il Gesù and it became the template for catholic church design for the following 250 years.

When Jacques Lemercier designed the church at Richelieu he followed obediently this Jesuit tradition, then recently established. Many of the churches of that and later eras have more than a family resemblance, as can be seen from these pictures: 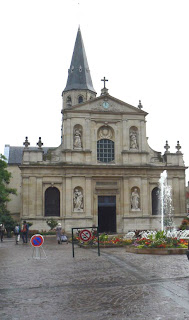 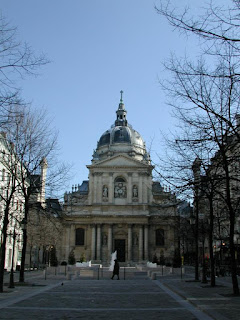 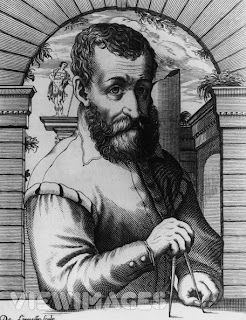 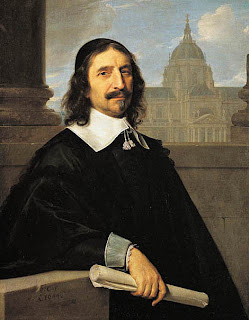 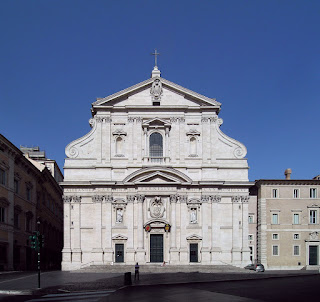 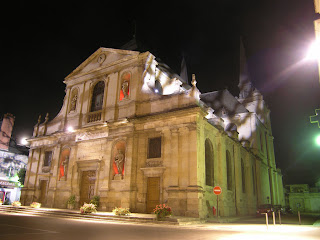 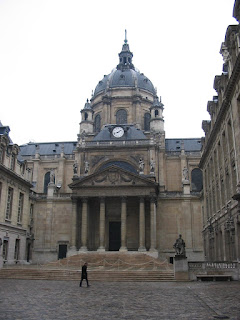 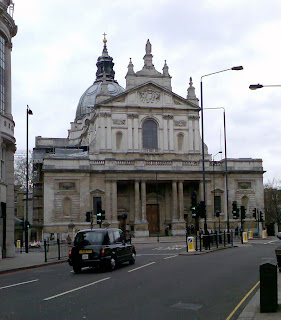