Éminentissime Armand-Jean du Plessis, cardinal duc de Richelieu, appointed his clerical chum, Vincent de Paul, to look after the christian souls of the new inhabitants of his Ideal Town, particularly while the community established itself. As cardinal, one might well think that he might take on this task himself but he no doubt thought that his Responsibilities of State would not allow him time for such provincial pastoral responsibilities.

Typical b***** Parisian! His new town was a 5-day coach-ride away from the Palais Cardinal (next to the Louvre), so it was a 'big ask'.
De Paul too spent most of his time in the self-obsessed Metropolis, but did visit his parishioners in Touraine several times, many times more than cardinal who never saw the completed project. 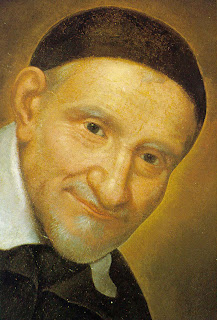 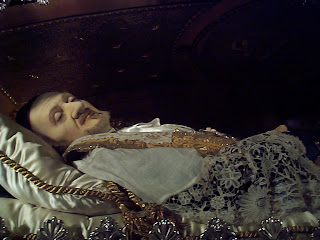