The 'Dome' in the parc of Richelieu

The 'dome' is the last remaining part of the 'avant cour' of the château de Richelieu. It was a large former manège - or horse riding hall - that led through to the exercising yard behind.  Until recently the building was being used as a venue for talks and concerts, located at a comfortable and pretty walk from the cité idéale itself. The original building had been considerably changed in the 19th century as this dome was formerly sandwiched between other modules of the courtyard perimeter, then demolished. Under the management of the Heine family, solid abutments were added to the four corners to make the building stable, and the east and west walls were created and elevated over the 'stumps' of the former flanking pavilions.  It was put back in shape as best could be, very much in the optimistic manner of the ebullient 19th century taste.

The roof in particular has become unstable since the days of the Heine family and now the whole building is currently under restoration.  This year, the August music festival will be obliged to relocate to other premises.

Pictures below show the current state of the works. 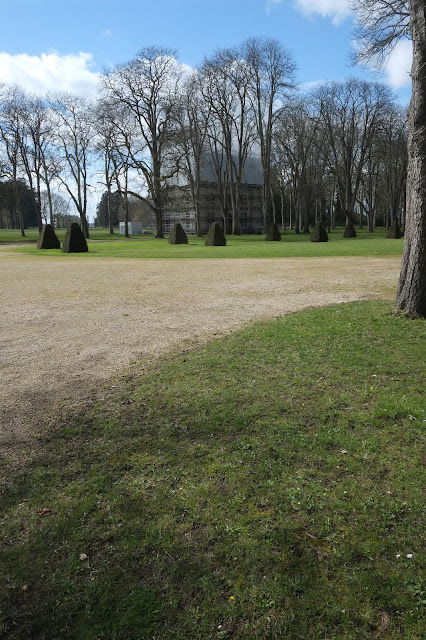 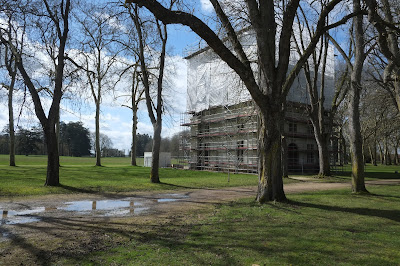 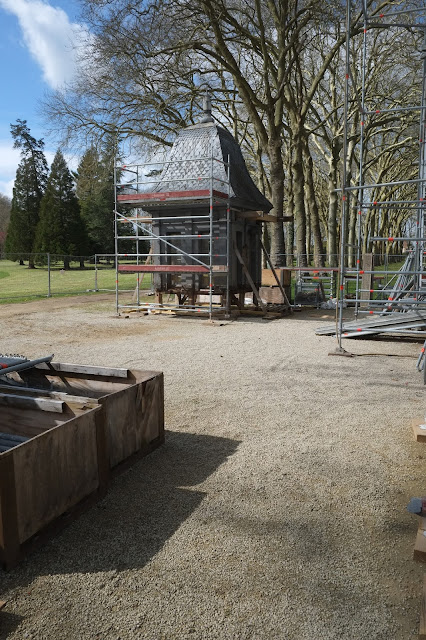 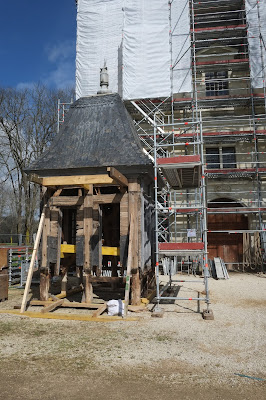 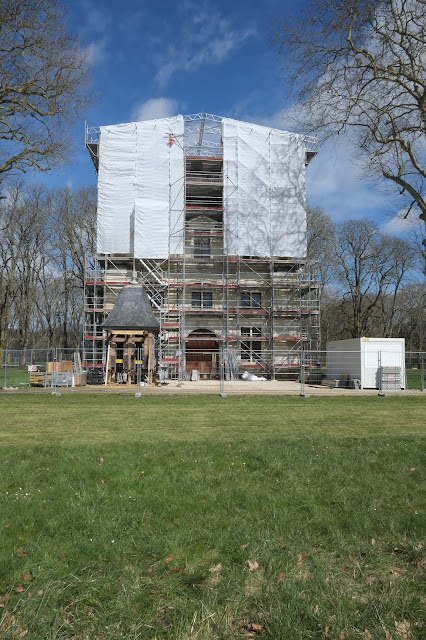