Restoring the station for the new 'voie verte' cycle path 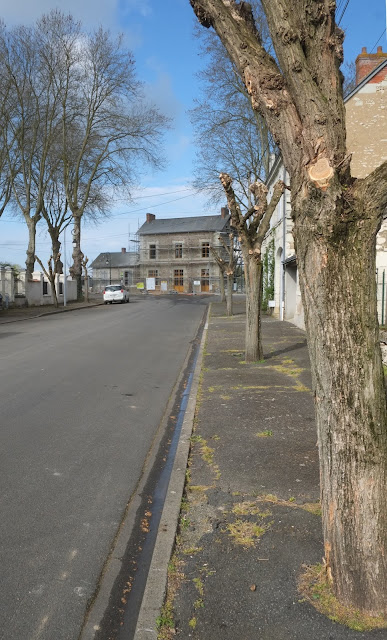 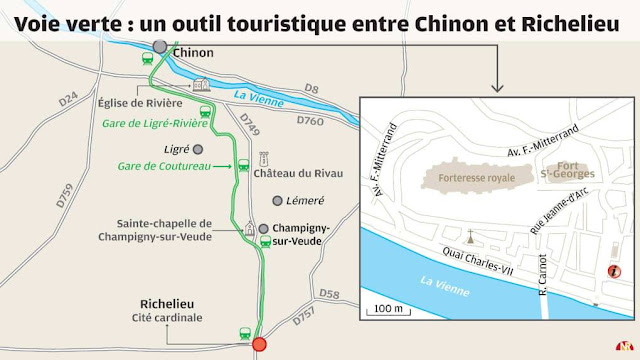 Richelieu Station was the terminus of a railway line that connected the cité idéale across the Vienne to Chinon and thence onward to Paris. The line was constructed in the 1860s mainly to transport 'white' veal quickly to the hungry markets in Paris. This trade collapsed, and did not really find a significant replacement through the twentieth century, although the line itelf remained a useful passenger line for the local townsfolk. The line held on over the years until 2010 or so. At the end of its life it continued feebly in the amateur stewardship of Trains à Vapeur de Touraine, who has a impressive collection of both locomotives and carriages.

The town has now developed the old trackways to be a easy cycle way to connect the town with Chinon, a neighbour with a strong touristic and historic character that compliments that of Richelieu itself.  While the tracks have been removed and the cycle way laid out, we have all waited to see what is proposed for the few stations along the line.

Below we can see how the Richelieu station is being comprehensively restored and refurbished. 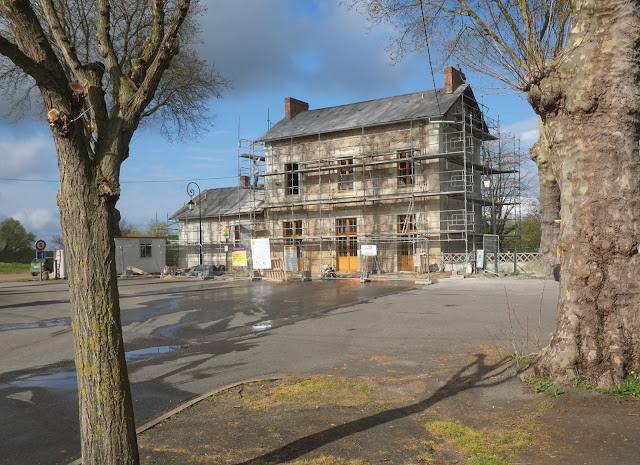 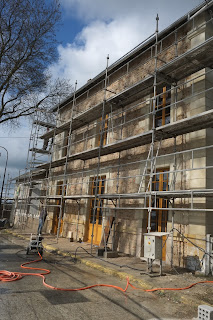 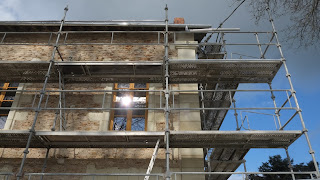 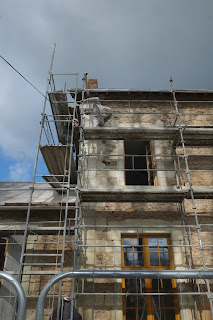 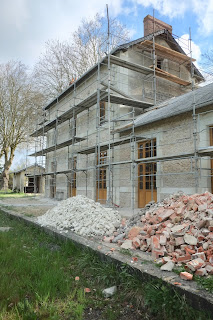 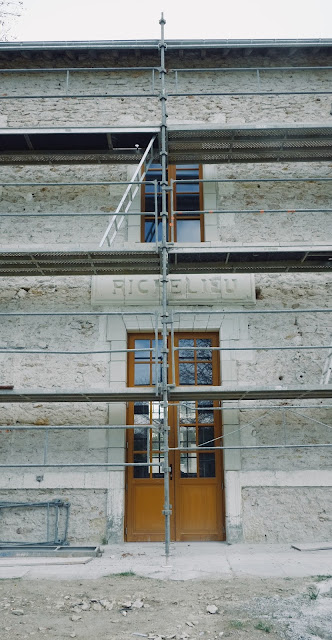 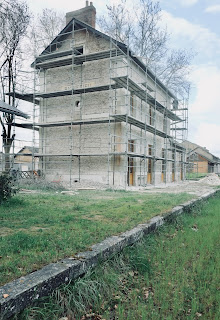