More details of the statue of the cardinal...

With this second post on the subject, we take a bit more time with the statue of the cardinal duc, Armand-Jean du Plessis, the founder of so many French activities and organisations that have endured to our day.  The statue is located on the place that sits between his château's domainal parc to the south and his model town to the north.
He poses giving a cardinal's blessing to the viewer with his right hand, while holding the document of foundation of the Académie Française (dated as 1635) in his left.


the cardinal scrubs up well...

The statue has several 'credits' attached to it. 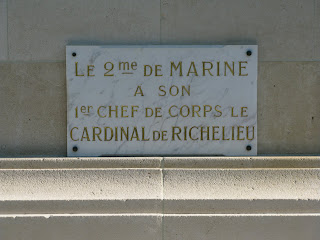 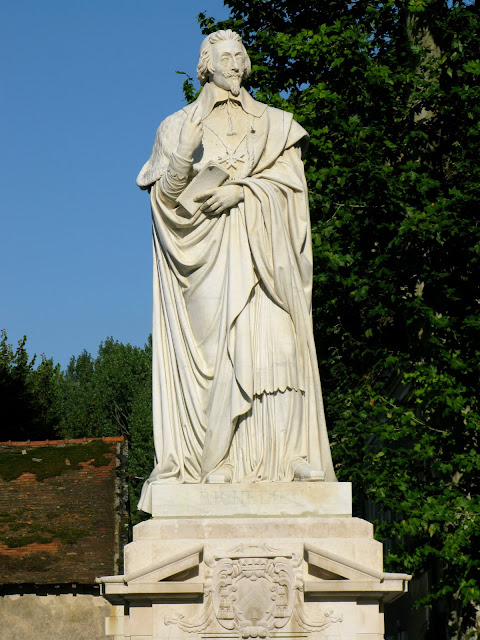