Peter's Paris is a very informative blog on the French metropolis, much to be recommended.
Today, 7 July 2015, the subject is the life and locations of
Saint Vincent de Paul and his Lazarist foundation. 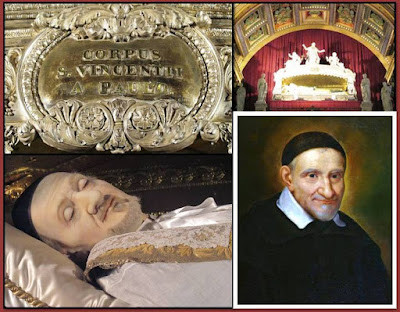 Vincent de Paul
- 1581 to 1660 -
was nominated by cardinal duc de Richelieu to be responsible for the souls of the new inhabitants of his cité idéale who were from a part of France much affected by poverty and the bloody
'Wars of Religion' -  i.e. the Hugenot (protestant) / Catholic contests of Europe's 17th century.

He founded a Lazarist mission in the new town itself, no doubt modelled on his base in Paris, referred to in this fascinating post 'by a retired Swede'.