The Éminence Rouge soon to be in Salt Lake City, Utah, USA

The Abbé Henri Proust received a kind e-mail from Salt Lake City, Utah, USA that reports that a version of Dumas' The Three Musketeers will be sortly presented at the Hale Centre theatre.  One can follow all the adventures of this huge new theatre at their Facebook page here: Hale Centre on Facebook
The part of his Eminence is to be played by actor Craig Bowen, who, in immersing himself in the part, has read of matters RICHELIEU on this very site. 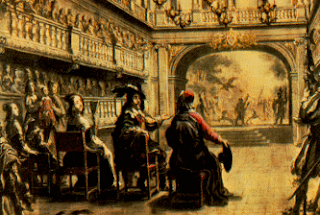 Now his Eminence was  great fan of the theatre and penned a few dramas himself*, even if he did have his spats with the great Corneille over El Cid, which disputably started the general lapse in standards by going outside the formalities of the Classical Manner.  Richelieu had his own private theatre (rather like Mr. and Mrs. Hale). So his shade will be proud to be re-animated on their boards by Mr. Bowen.  A 'latter-day' Garrick! 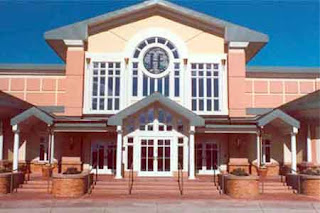 The Hale Centre Theatre at Harman Hall, the largest center-stage theatre in the North America, made its theatrical debut in October 1998. A professional cast of local thespians perform plays written by Ruth and Nathan Hale, founders of the theatre, as well as traditional plays and musicals. The 41,900-square-foot facility is the first theatre-in-the-round built in the Salt Lake Valley in 36 years. The theatre seats up to 560 people and innumerable effects can be produced by the stage that both rotates and elevates in sections.
*they weren't much good, apparently!