A Gazette for the town of Richelieu? 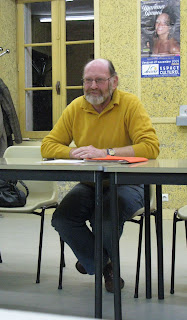 Following in the footsteps of Théophraste Renaudot (below), 17th century journalist of Loudun & Paris and créature of the cardinal de Richelieu, Jacques Le Borgne (above) proposes to create a new gazette for the town and cantons of Richelieu that will tell all of events planned in the coming weeks and raise questions and answers with the Conseil Municipal.  While the journal will be 'a-political' and 'not contentious' - a politique, non-polémique, seulement citoyenne - he hopes to bring the various interest groups of Richelieu together to help take the town forward.

This new gazette - a paper document that will appear bi-monthly will, he hopes, be placed in every letterbox of the town and reach those parts of the community that other gazettes cannot reach.  A trial first edition (number 0, like an early Bruckner symphony!) will be followed by the very first edition to be really circulated by the newly-volunteered editorial team.

Perhaps this blog can help the eager new journalists on their way. 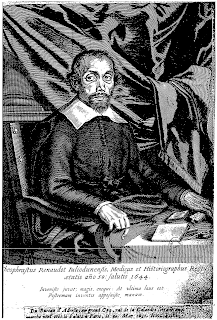