The Cardinal-Duke must have missed this bust in his hunt for statuary for his château. 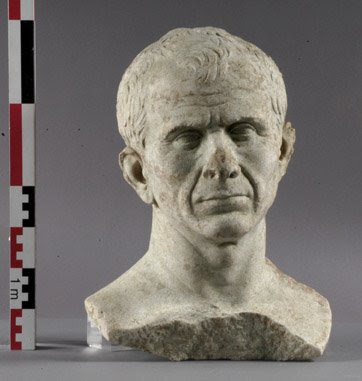 Bust of Julius Caesar found in Rhone - 13 May 2008
A life-sized bust of Julius Caesar, thought to date back to 46 BC, has been found in the River Rhone near Arles.
The culture minister Christine Albanel said the bust was 'exceptional' and that it was believed to be the oldest representation of the Roman emperor.
Other finds recovered by divers at the site include a marble statue of Neptune, dated to the third century, as well as two smaller, bronze statues, and more research of the area is planned for this summer.
Website: Découverte archéologique exceptionnelle à Arles
Posted by Abbé Henri Proust at Wednesday, May 14, 2008