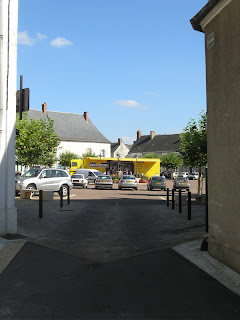 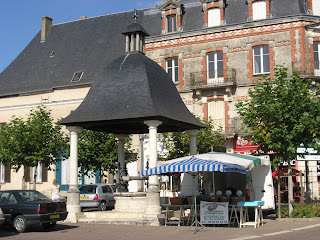 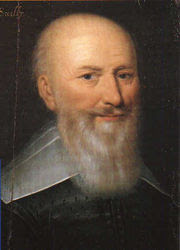 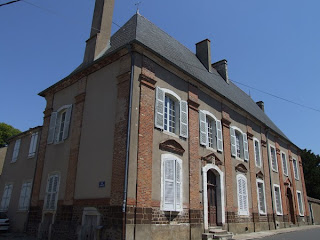 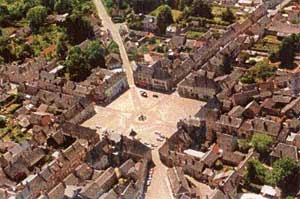 Maximilien de Béthune, duke of Sully (December 13, 1560 – December 22, 1641) was the doughty soldier, French minister, staunch Protestant and faithful right-hand man who enabled Henry IV of France (father of Louis XIII) to accomplish so much.
In 1610 Sully created the Ideal Town of Henrichemont on his estates, named in honour of his king. The architect instructed was Salomon de Brosse. The estates were located in Berry, a hundred kilometres to the east of Richelieu, so the town's concept and design must have been precendental in the mind of the Cardinal in the aspiration to create his own idealised new town.
Today in Henrichement most of the original houses have been over-built in later styles, although one or two de Brosse houses remain, with their characteristic brick pilasters. The 'Union Jack' layout with a central main square dominates the town. The original town design was for a 'quincunx' plan with five squares on all, encircled with a wall with four entry gates with draw-bridges. This layout can be seen on the little concept plan. The four outer squares and the original external girdle wall have been largely over-built as well, although their 'shadows' remain in the town's street layout. The central square has recently been renovated and planted with plane trees, but unfortunately functions mainly as a generous traffic round-about. The fine square has largely been lost to cars and parking.
Posted by Abbé Henri Proust at Thursday, October 04, 2007